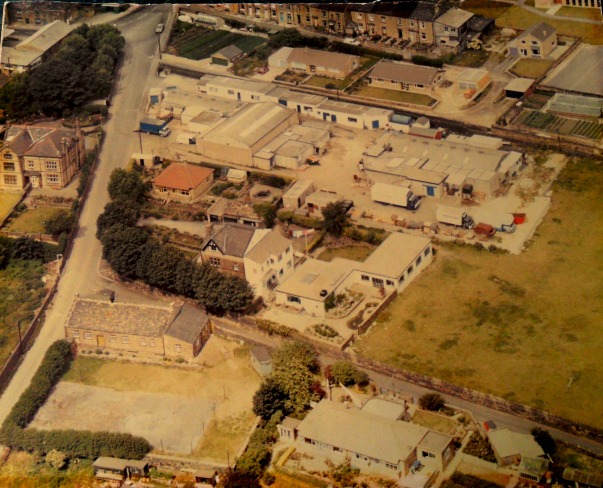 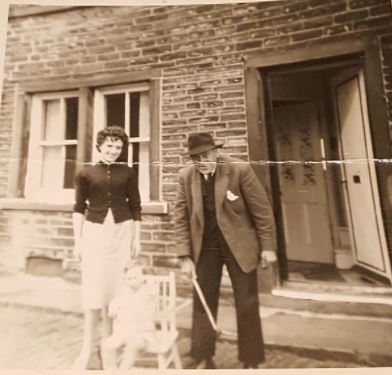 Everywhere you look in Halifax there are stone buildings, yet nearly all the stone is mined from the highest points around e.g. Queensbury, Southowram, Mount Tabor. So, how did they transport the stone before the wagons used nowadays?

Probably the most common way would have been a Rutway or Wagonway.

definition:- a way for the passage and guidance of wheeled vehicles formed by stone blocks laid end to end in parallel lines. Grooves were found to be etched into the stone to provide a track for carts to travel along on a path. These would lead to not only lower land where it would be easier to manoever but also the canals where the stone would be transported to much further regions.

There is still evidence of these Rutways as you descend from Ashday to Cromwell Bottom. 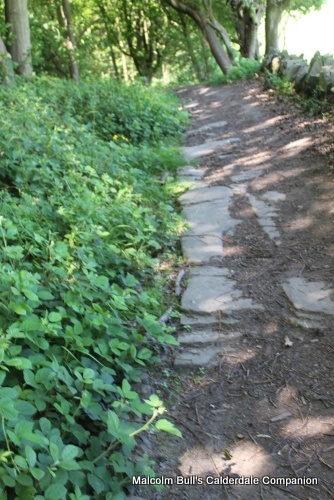 Built by the Wesleyan Methodists by public subscription in 1825 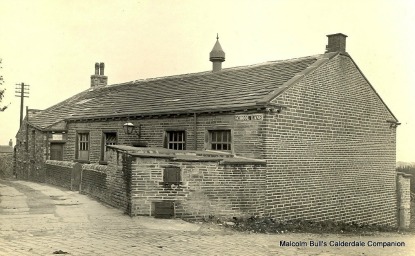 Ashday Lane Sunday School formerly known as Heald Lane. Further down Ashday Lane, where the cricket ground now stands, used to be the workhouse which dated back to at least the 1740's and the name 'Old Workhouse Quarry' was still current until at least the 1890's. There was also a row of terraced houses past the ground at an area called Binns Top 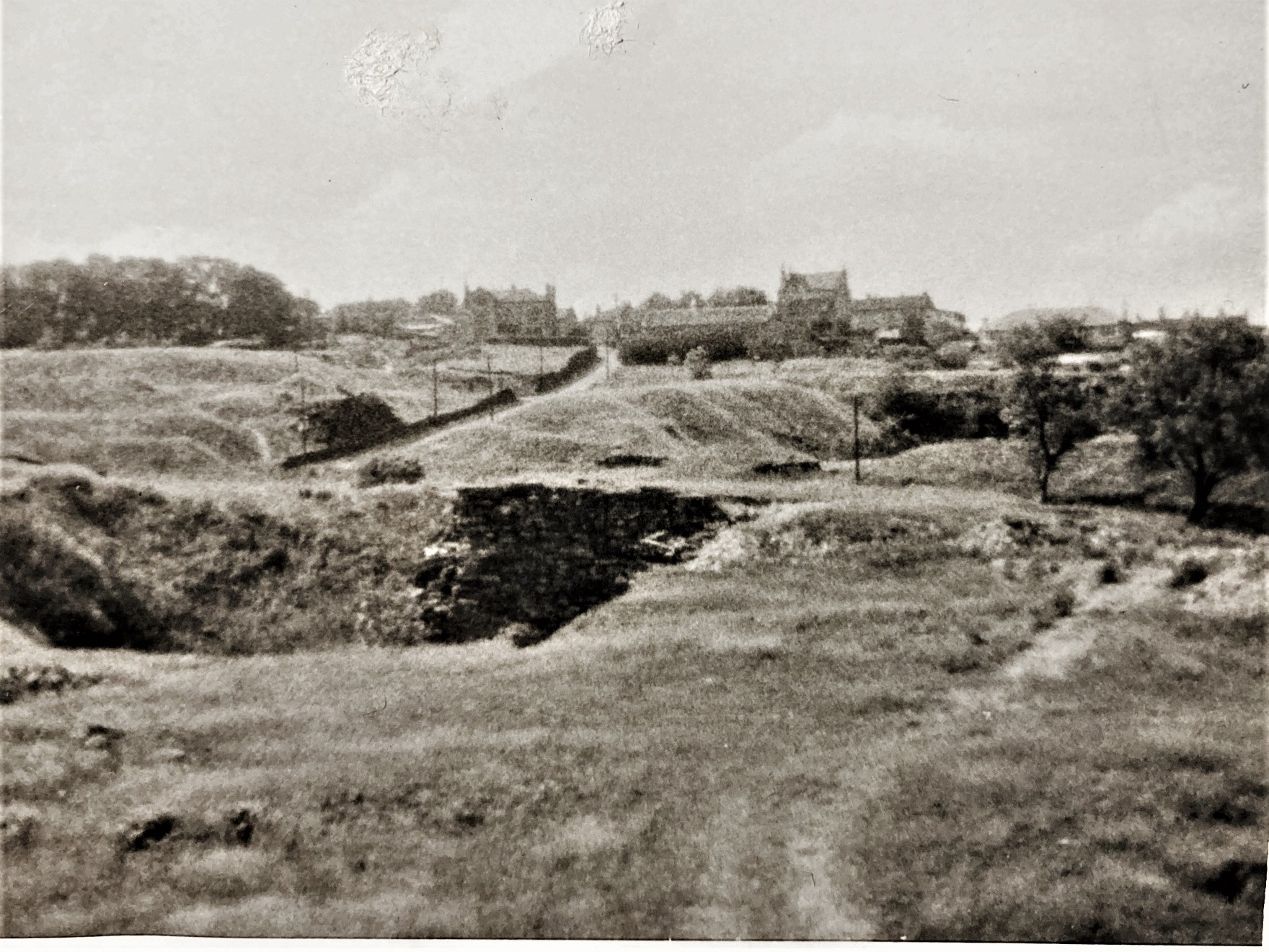 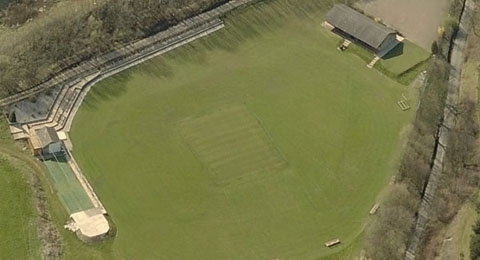 The road leading right at the top of the ground heads towards Binns Top and then Binns Wood before reaching Ash Grove on Elland Wood bottom where you used to come to the Rawsons Arms pub and Binns Bottom Colliery. 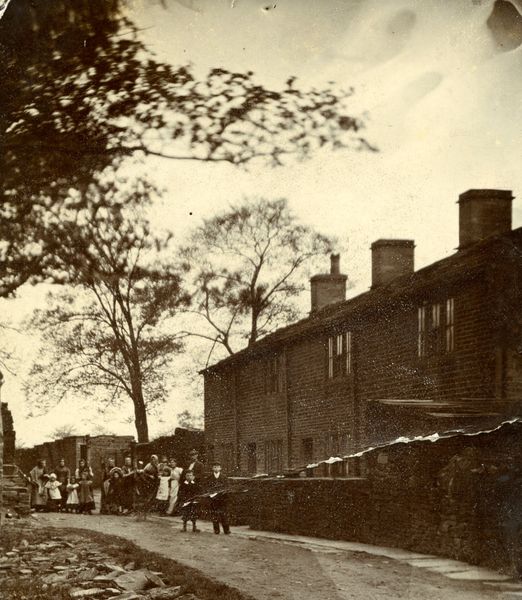 Thanks to Steve Gee 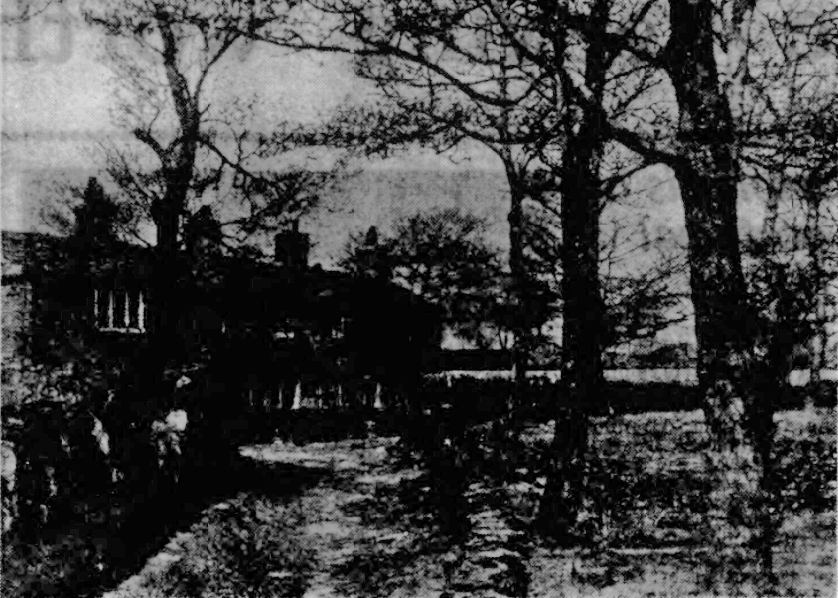 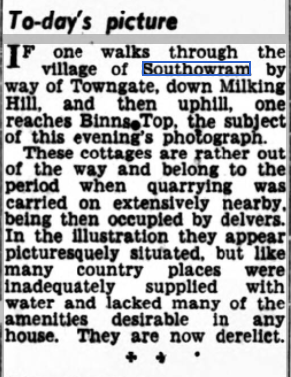 The cricket club sight screen can be seen in the distance

Does anyone have any pictures of Southowram workhouse? The only information I have found so far is the following from the Eden report:-

34 paupers, chiefly old people and children, are in the house. They appear to be comfortable and well fed. Hasty pudding and boiled milk are provided for breakfast and supper. Dinner on Sunday and Thursday consists of butchers' meat. No regular course is observed on other days, but potatoes butter, milk and oatbread form the chief part of their food. A pint of beer is allowed in the forenoon and afternoon to those who work. The Poor spin worsted. Children begin at 7 or 8; at 9 they are bound apprentices The earnings are from £1 13s. to £2 7s. a month. There are 89 out-pensioners, most of whom have families. About 20 receive casual relief.

I believe the workhouse was part of Grange House by Grange quarry(where Southowram cricket club now exists) and was also a small farm. 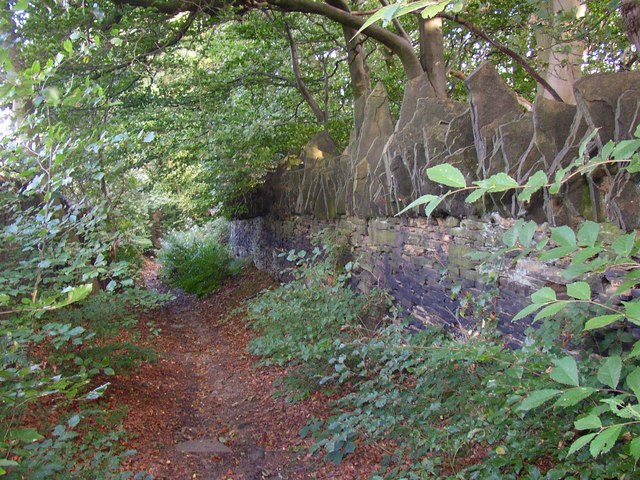 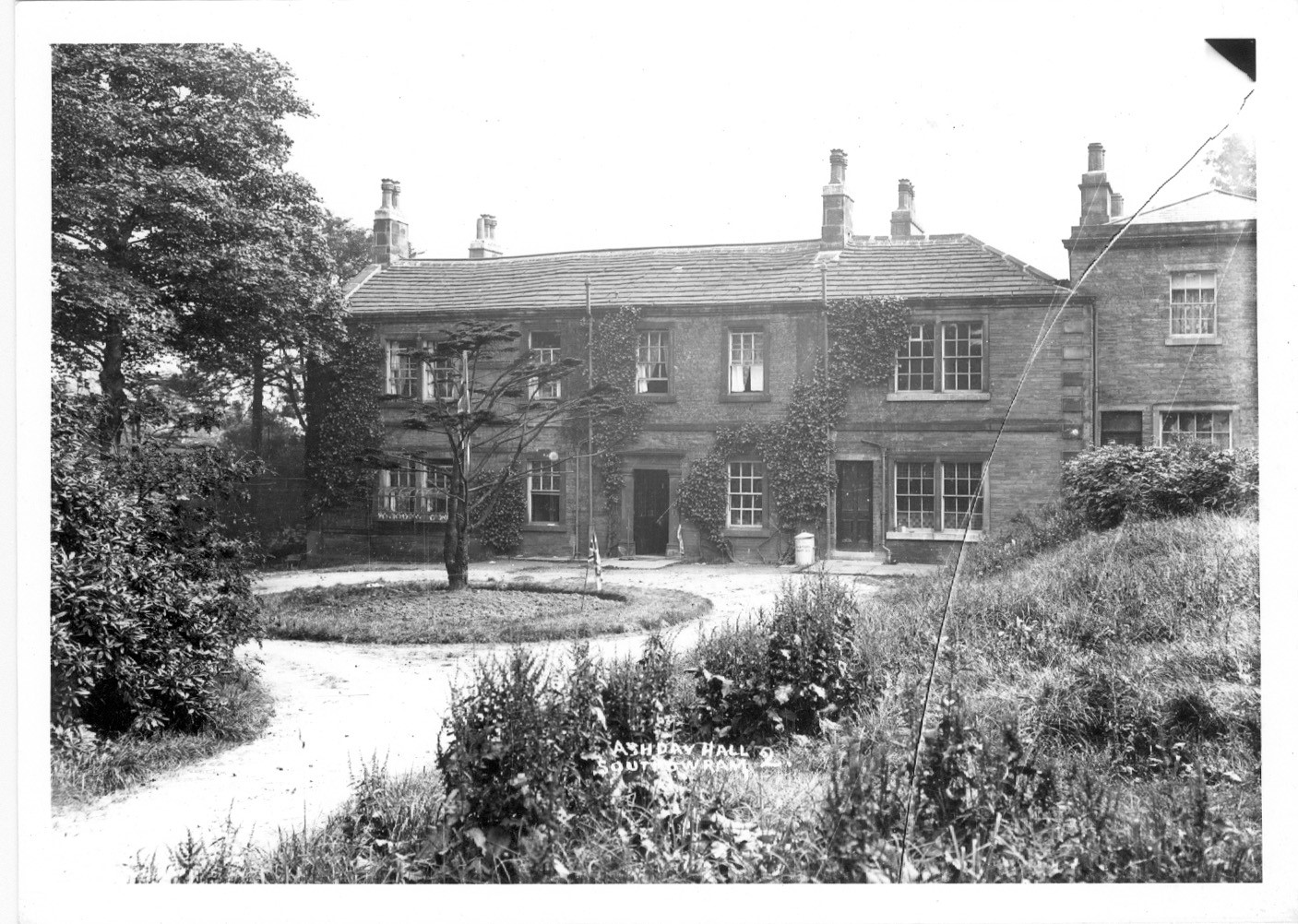 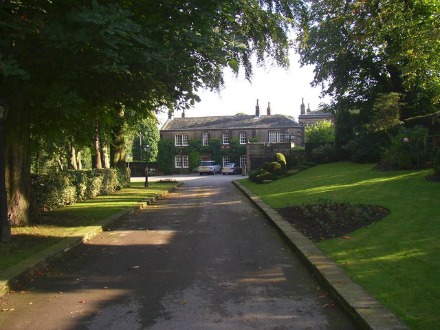 The present Ashday Hall was built by William Holdsworth in 1738. 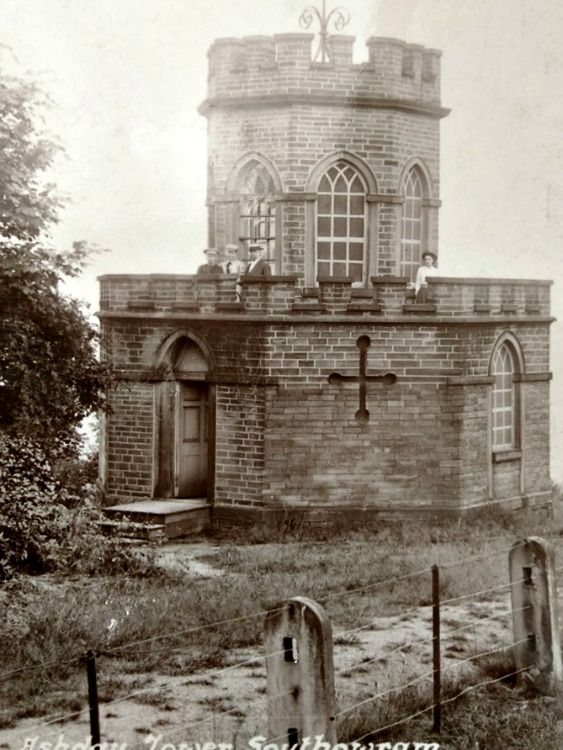 Standing all alone at the end of Ashday Lane which runs down from Southowram and overlooking Cromwell Bottom, Boggart House is certainly evocatively located. In an article from the Brighouse Echo dated 11th September 1981, even their bluff local history correspondent “Rowan” is moved to admit “the magnificent sweep of land up to Ashday… (has) a peculiar brooding beauty”. It is also interesting to note that in other columns pertaining to his childhood in the early 20th Century, Rowan refers to this small tributary valley as the “Fairy Glen”. Whether this name suggests any authentic local tradition or just an Edwardian penchant for artificial romanticism is not clear. 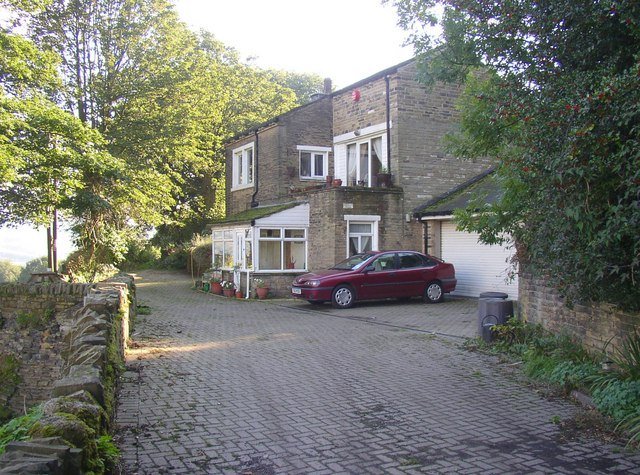 Boggart House was originally constructed in the early 19th Century to serve as a gatehouse for Ashday Hall, which stands some little way above it. Ashday Hall itself is a venerable structure, with land connected to the de Astay family first recorded there in 1275. In the 14th Century, the tenancy fell into the hands of the Holdsworth Family and the present Hall was constructed by William Holdsworth between 1713 and 1738. Due to debt, it passed into the hands of the Drake family in 1792 and it was Thomas Drake who in the 1830s improved the estate, erecting the residence today known as Boggart House and an observatory on the hill behind it. Rowan recalls the house standing derelict by the 1920s and remained so until 1961 when it was purchased by Mr. Peter Turner and renovated.

It is uncertain exactly when Boggart House gained a reputation for being haunted. The recollections of Barry Chapman in “Childhood Memories of Southowram Village in the 1950s” suggest it was certainly known to children as such in that decade, whilst an entry in a series entitled “Country Walks Around Brighouse” first published in the Echo by the Brighouse Civic Trust in the early 1970s claims the house “once had a reputation for being haunted.” Equally, the exact nature of the haunting is vague. Speaking in the 1981 Echo article, Rowan blithely describes it as “a house legend claims is shared with spectres, goblins and bogeymen,” whilst Peter Turner revealed that a relative had witnessed a “little man with a ginger beard” in a cupboard and describes “strange noises which I have been unable to trace and lights going on and off for no apparent reason”.

However, perhaps the name of the house suggests an even older provenance. “Boggart” is an ancient Yorkshire dialect word for a capricious household spirit (a cousin of the Scottish brownie) who would help with domestic chores providing they were rewarded with a bowl of milk each night. But if the boggart felt unappreciated it would often take umbrage and start to display poltergeist-like characteristics, whilst several regional folk tales emphasise just how hard they were to get rid of. As a result “boggart” tended to be used idiomatically to describe any sort of unusual activity from the structure of a house settling at night to a horse inexplicably taking fright. Certainly, there are no shortage of boggart place names in the Calder Valley, including a Boggart Chair at Ellen Royde in Midgley, the Boggart Stones above Widdop and Boggart Well near Ogden Reservoir.