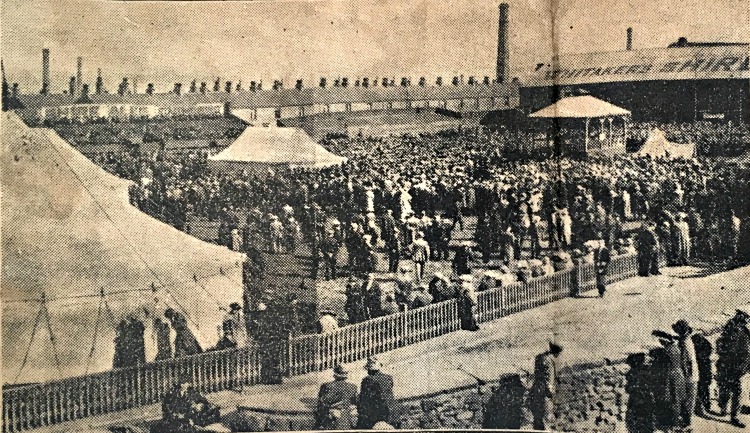 On June 30th, 1933 Thrum Hall hosted the Empire Brass Band Festival. After a couple of years where it had lapsed, all eyes(and ears) were enthusiastically focused on this inaugurated event in the West Riding.

The late Mr J Ord Hume, the famous composer for brass bands, judged in the open section and the test piece was 'The Viking' by the Halifax musician, the late Mr J Weston Nicholl. Mr George Hawkins adjudicated in the local section.

Fodens won the open event, with Black Dyke Mills second and Crossfields third. Sowerby Bridge, who were eighth in the open section, won the local event.