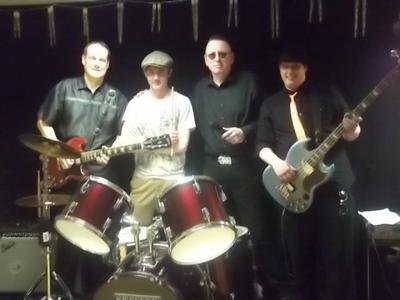 3 and A Half Men do a variety of classic songs, from rock and roll, rock, punk, glam rock and many more. The bands songs range from the late 50's to the modern day with popular songs everyone will know and you will all enjoy. If you can’t sing or dance along to the songs, we don’t play them.

The members of the band are singer/ frontman Martin Reppion, lead guitarist Alan Veal, Drummer Thomas Veal and bass player Scott Field.
If you would like to book 3 and A Half Men for a gig please call
Alan:07870805983
Reps:07971425489