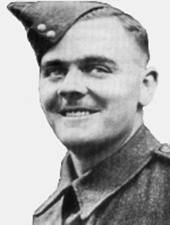 The man in these photos was killled in action and his family and Halifax gained a hero. He was Hanson Victor Turner, an Acting Sergeant in the 1st Battalion, The West Yorkshire Regiment (The Prince of Wales's Own). They were based in (then) Burma when they were attacked by Japanese troops who kept up their assault through the night. Sergeant Turner with coolness and fine leadership reorganised his party and with a doggedness and spirit of endurance of the highest order repelled all attacks. The position was held throughout the night. Eventually, Sergeant Turner attacked the enemy single-handed, throwing grenades at their positions. He returned to base five times for additional grenades but on the sixth time he was killed.

Later in the year he was awarded the country's highest award for gallantry and bravery, the Victoria Cross. 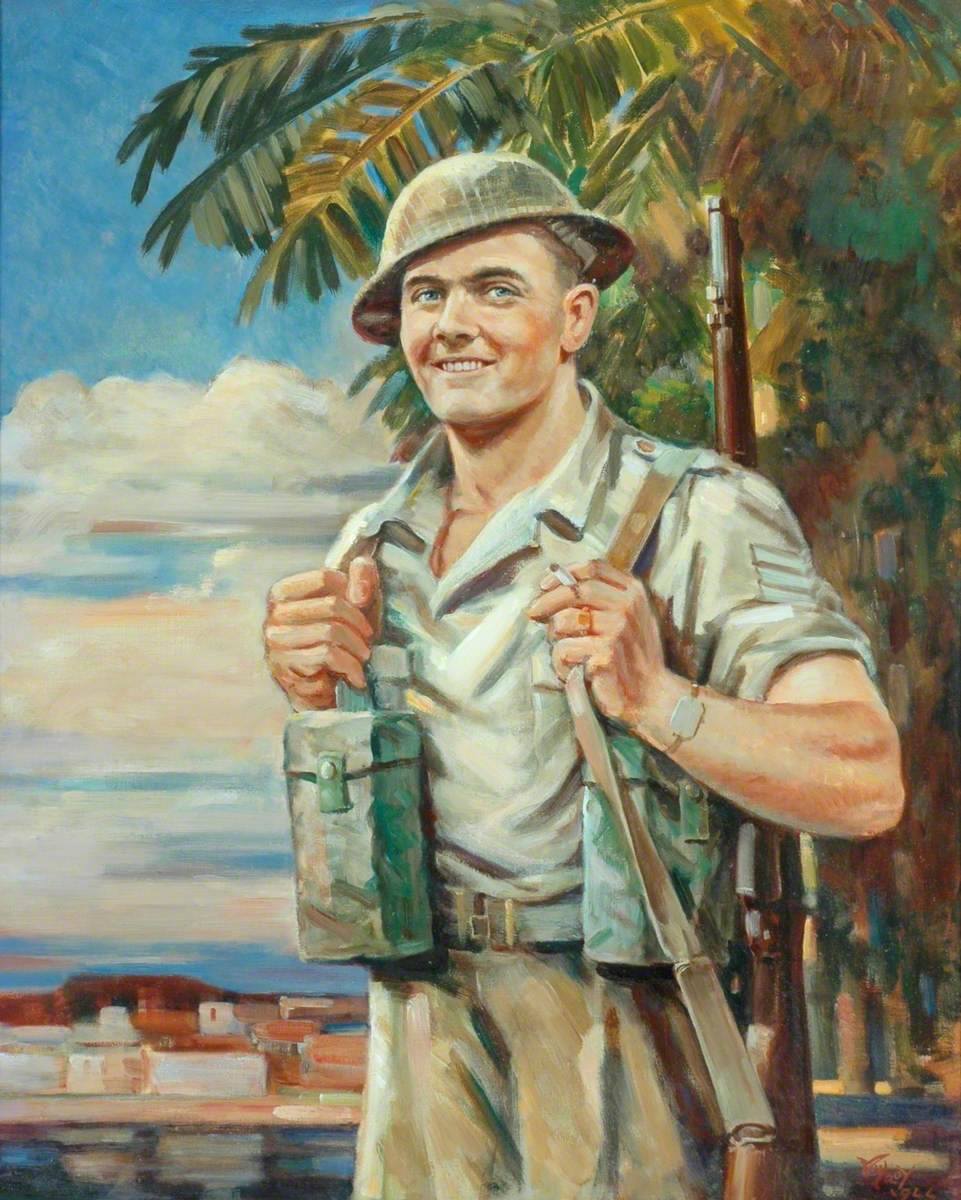 When back in Halifax before the war, Sergeant Turner had been a bus conductor and lived in Copley with his wife, formerly Edith Rothery. His town marked his death in a number of ways; a plaque in the Town Hall was unveiled; his V.C. medal was bought by the council and placed on display in Bankfield Museum and Turner Avenue, part of the new housing development off Cousin Lane was named after him.

The protrait attached was painted by J.J.Mulroy, a local advertising agent, who has been mentioned on this group several times in the past.

With thanks to David Doe for his kind assistance. 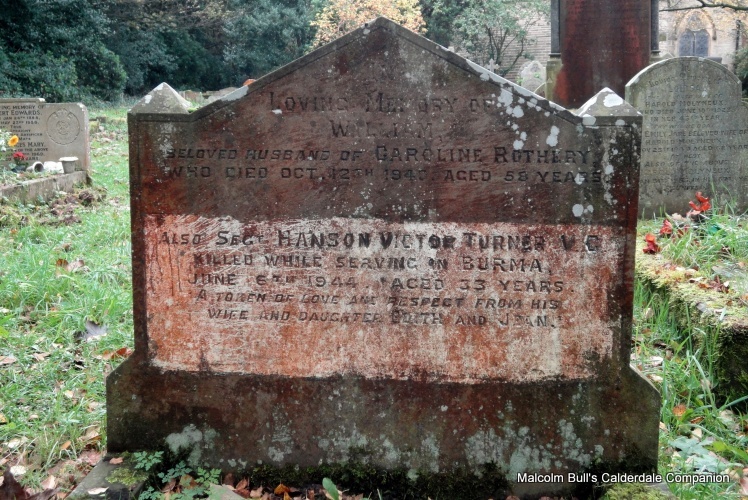 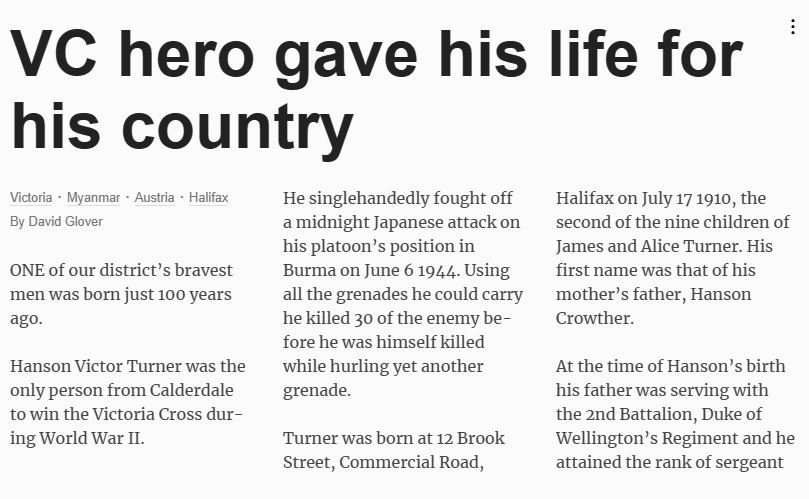 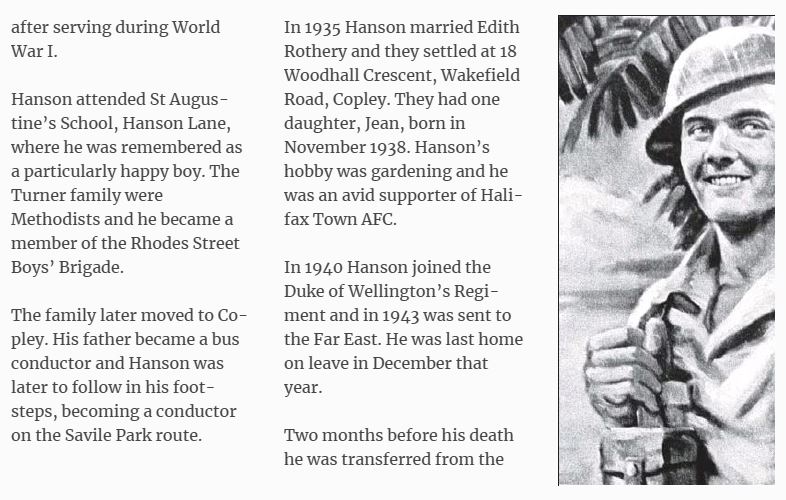 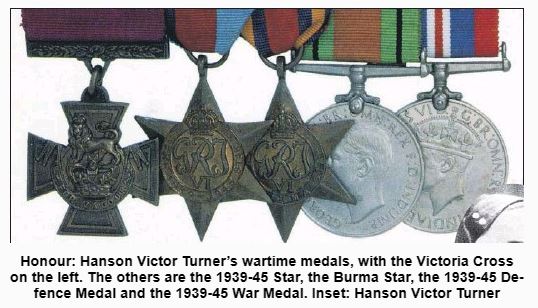