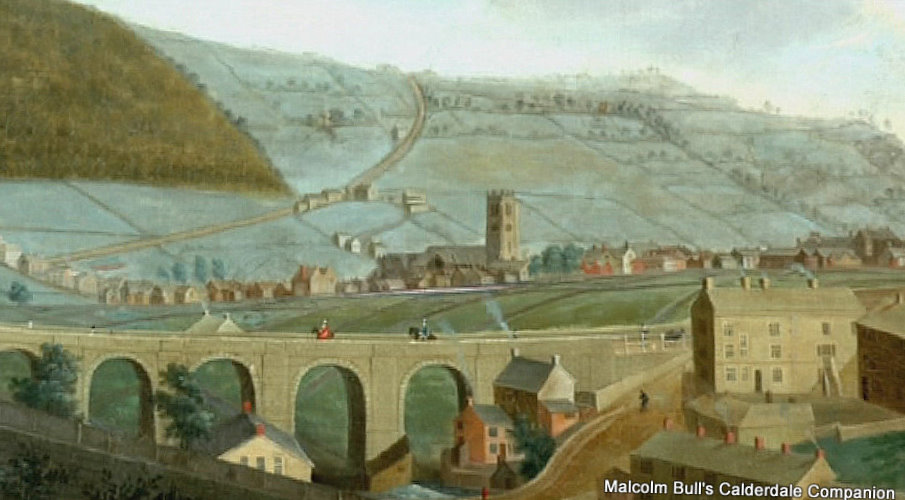 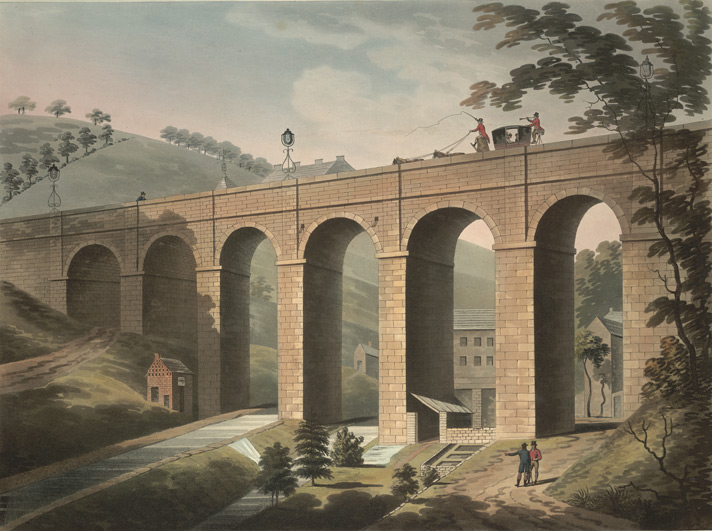 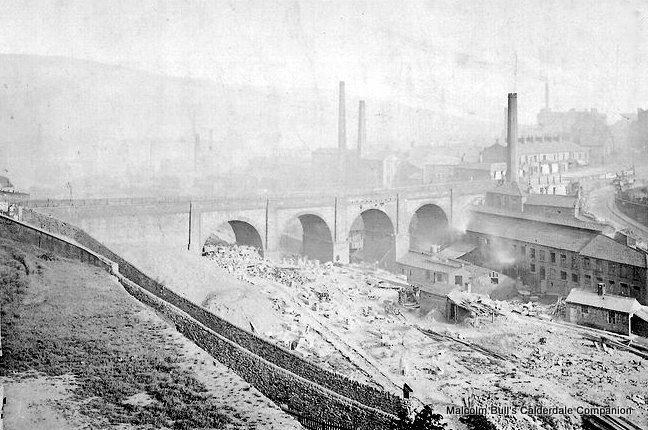 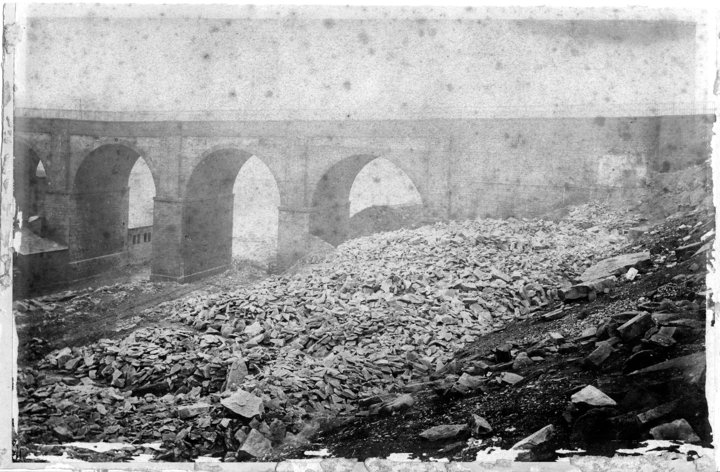 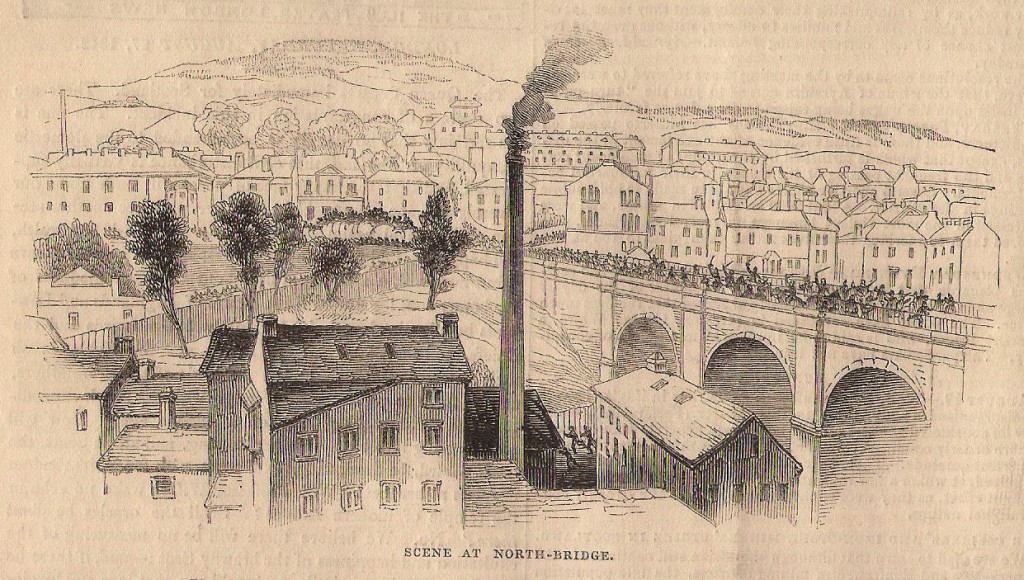 These were the scenes during the Plug Riots of 1842 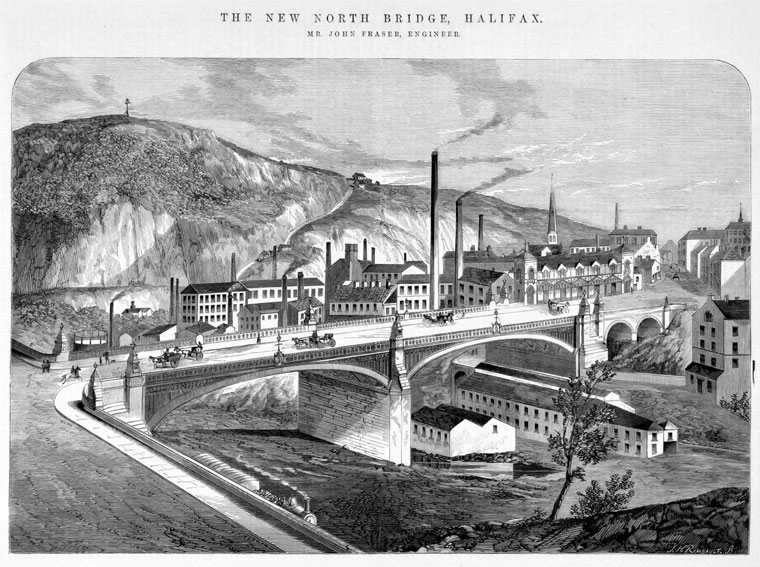 Completed as a cast iron arch bridge in 1869. Designed by John Fraser. The contractor was Archibald Neill of Bradford, and the ironwork was supplied by J. Cliff and Son of Bradford.

Now only the original outer pairs of arch ribs are cast iron, the inner five being steel replacements for four original arches. The original inner arch ribs were each assembled from four castings, while the middle 52ft long lection was fabricated from wrought iron plate. 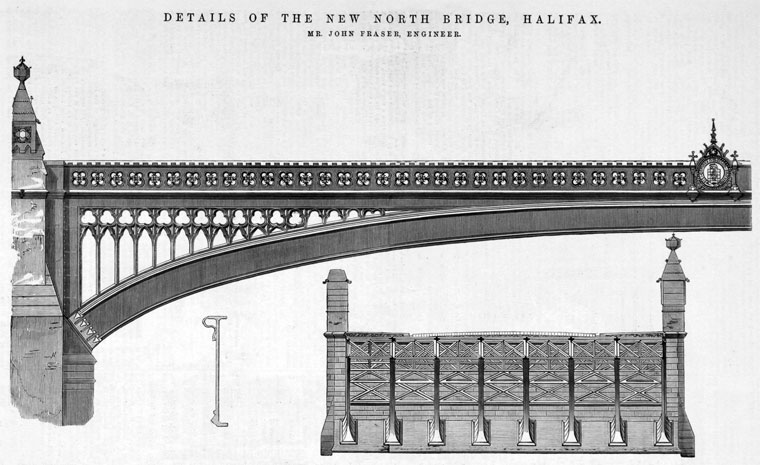 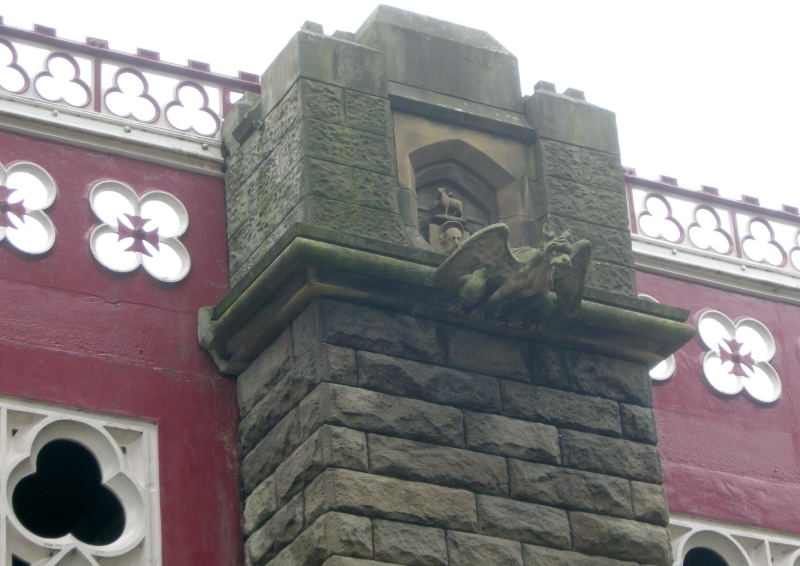 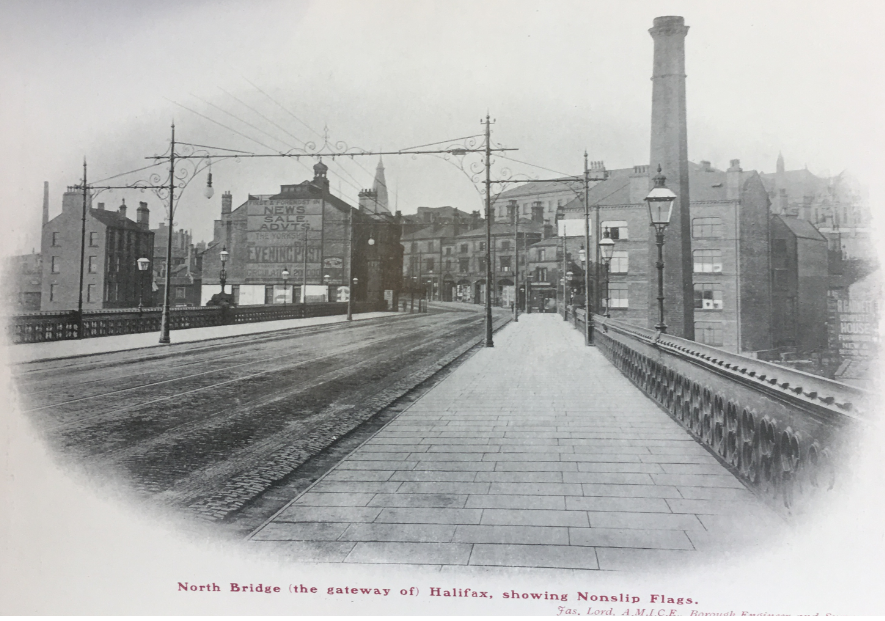 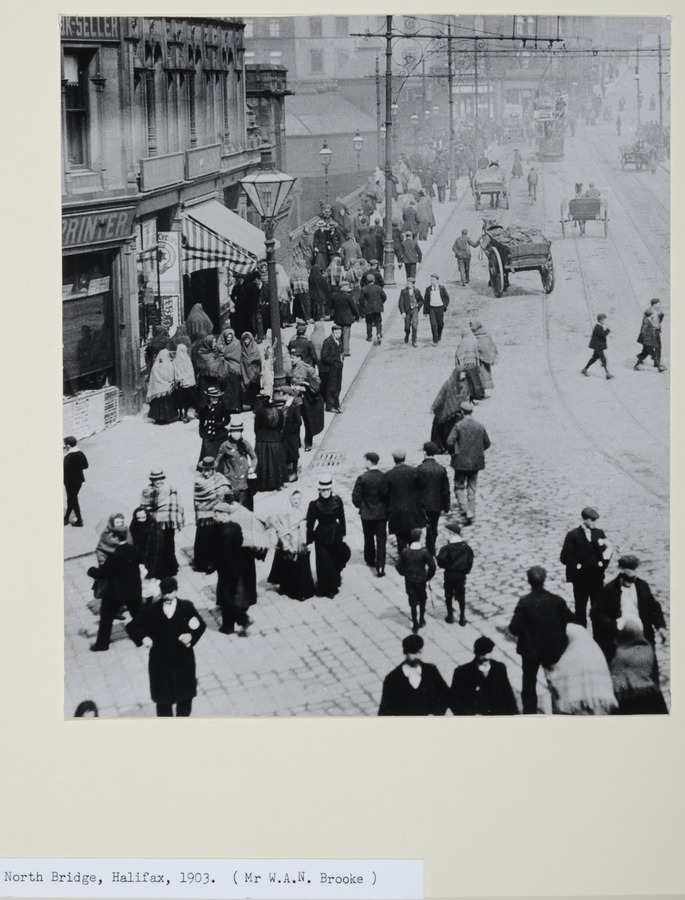 North Bridge, Halifax 1903. Image used for one of the photographic illustrations in "Life and Tradition in West Yorkshire" (1976), plate 81 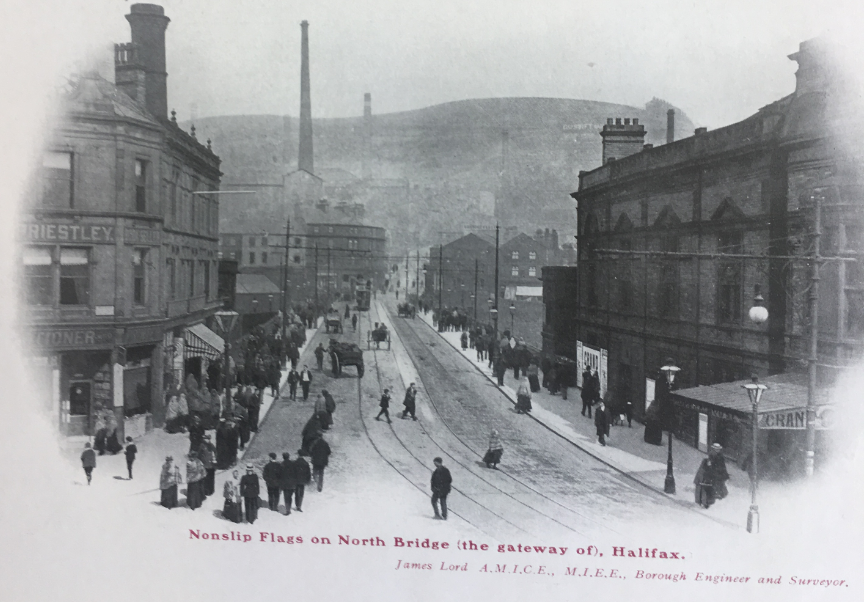 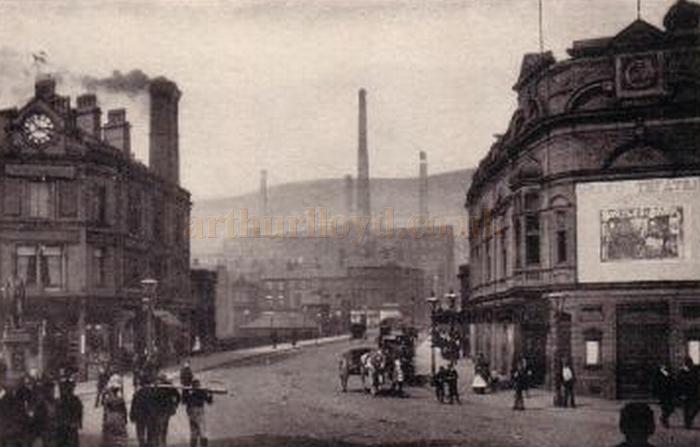 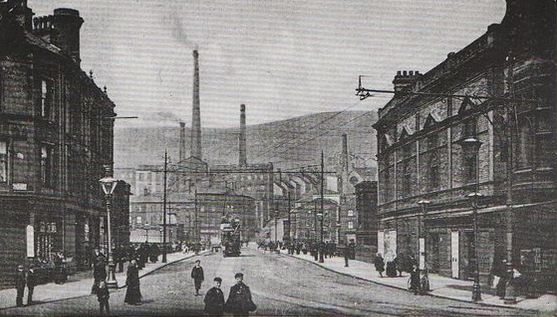 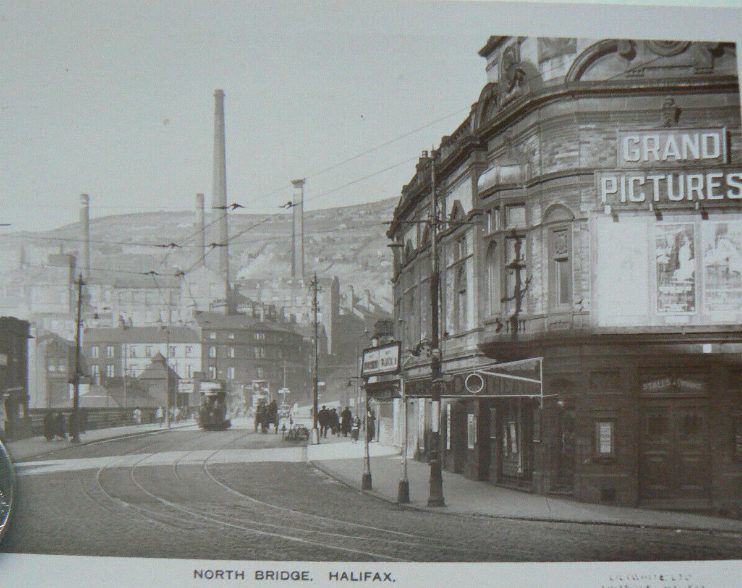 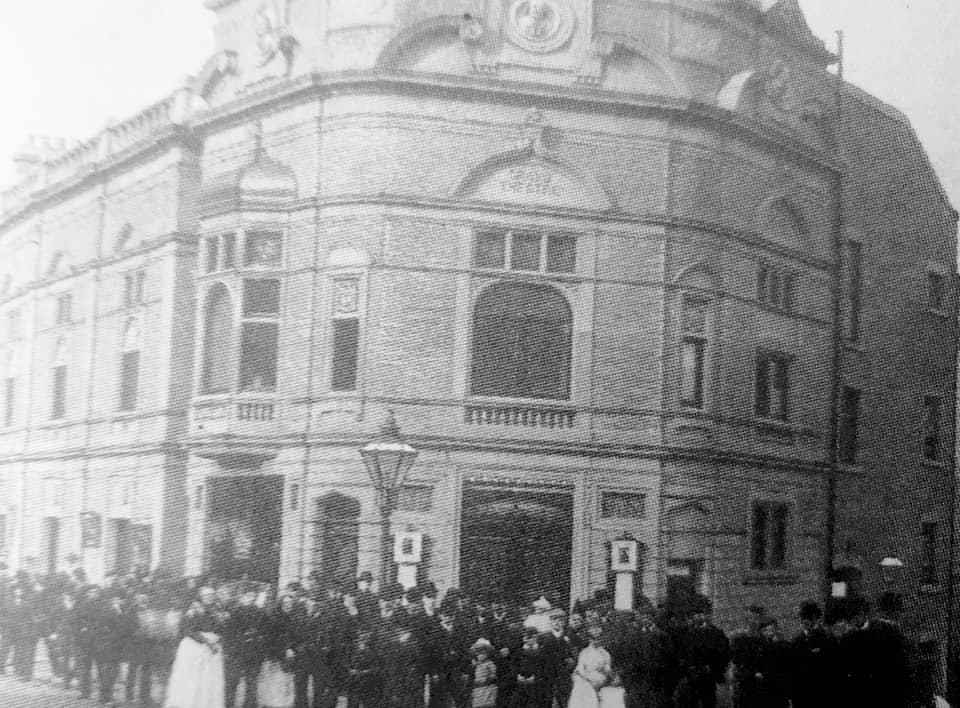 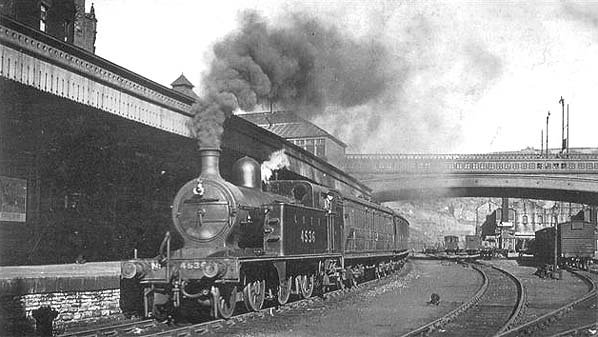 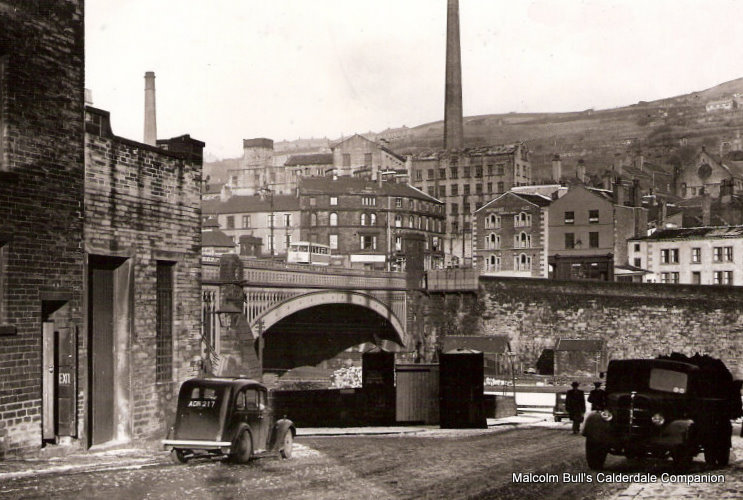 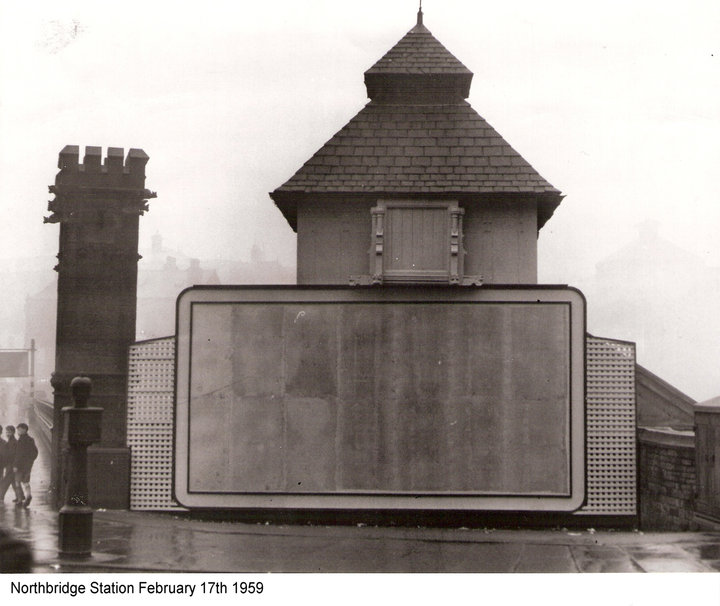 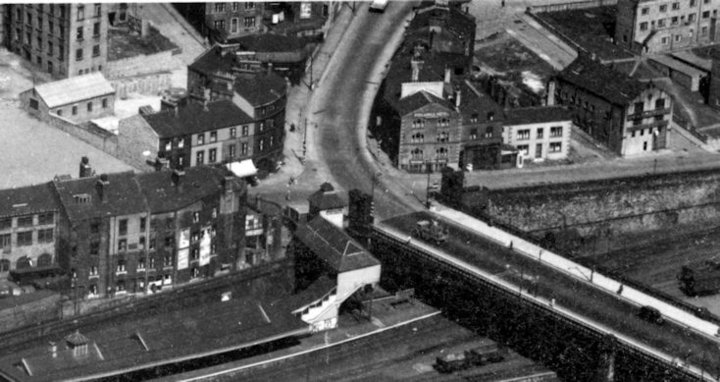 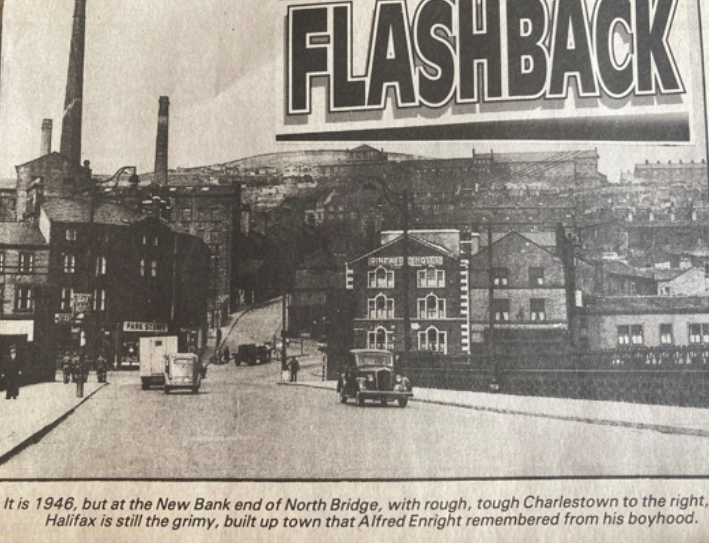 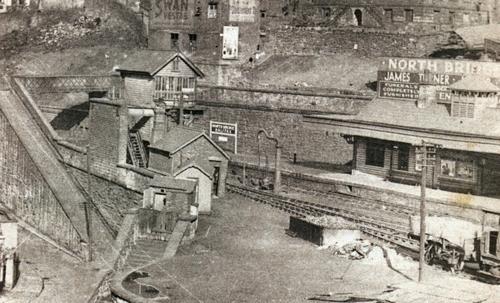 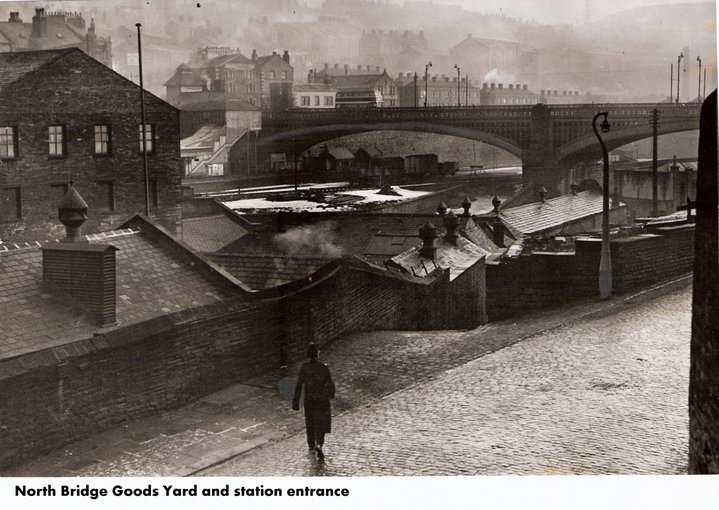 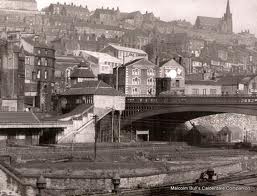 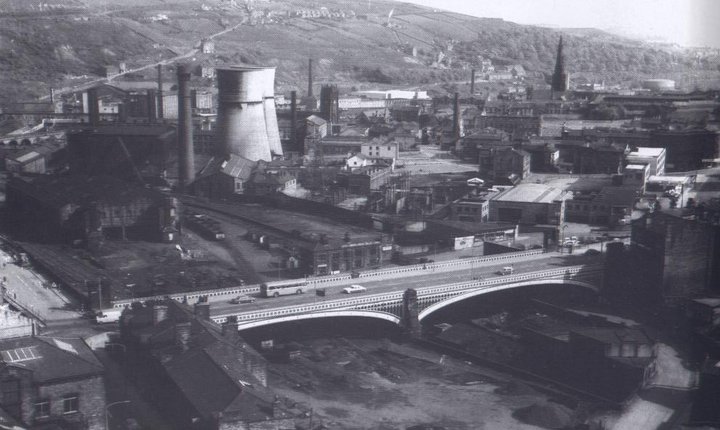 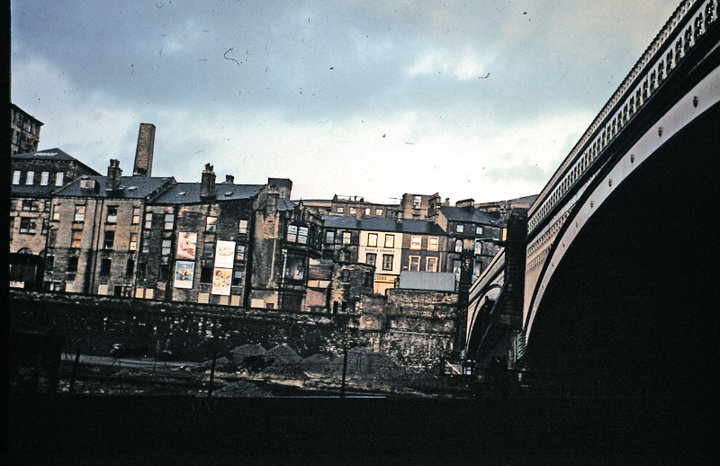 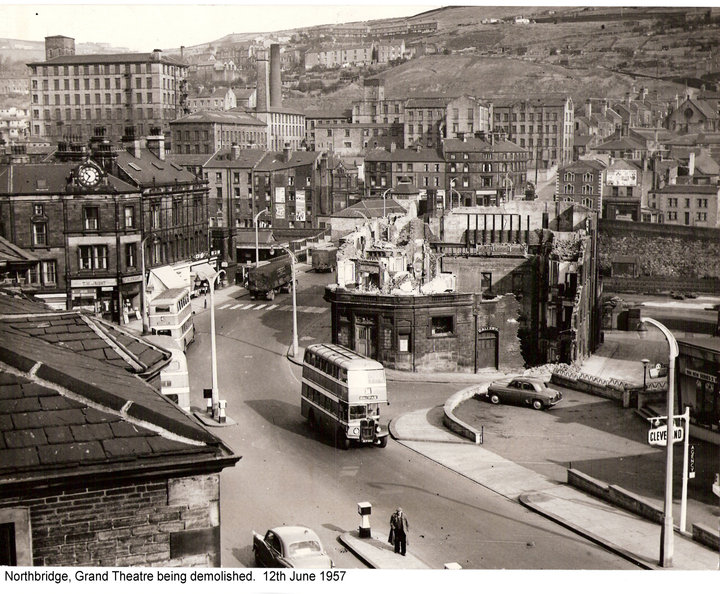 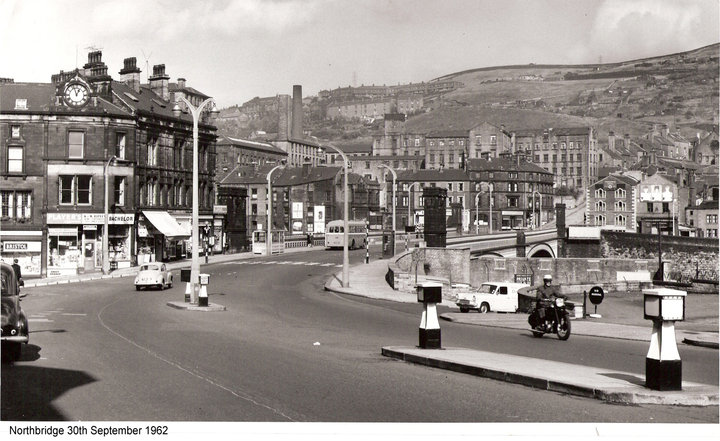 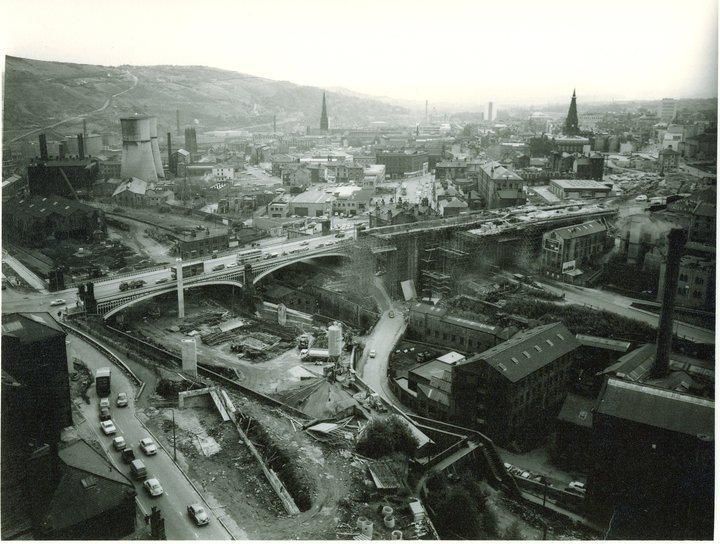 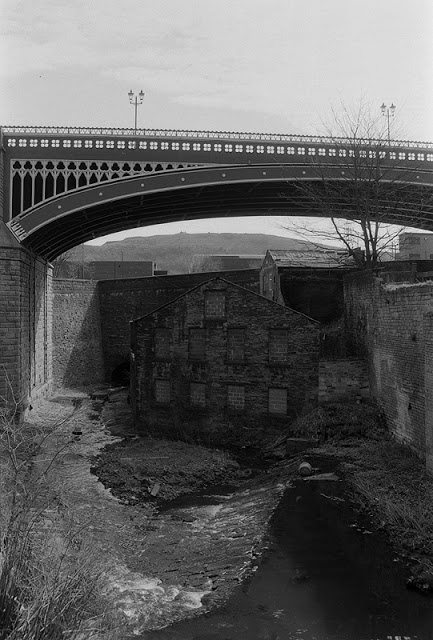 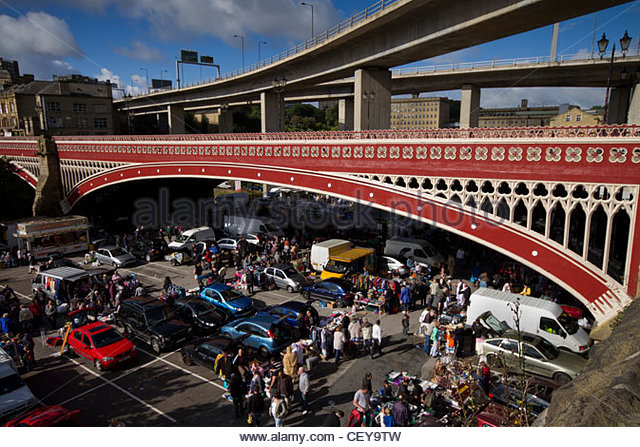