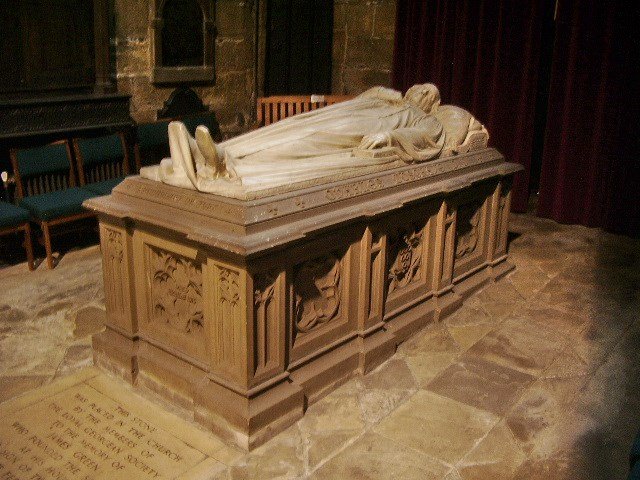 April 17th 1875, exactly 143 years ago today, saw the death of Archdeacon Charles Musgrave. Archdeacon Musgrave was the vicar of Halifax between 1827 and 1875. He was born in Cambridge in 1792 and before coming to Halifax he served in Norwich, Bristol and at Whitkirk, Leeds. The first photo here shows his impressive tomb under the tower of the Parish Church (or Halifax Minster as it’s now known)

When he wasn’t taking care of the spiritual needs of the local population, Rev. Musgrave was the Chairman of the local branch of the Health of Towns Association, a local pressure group particularly concerned with the under-provision of sewers in the centre of Halifax. This problem was picked up nationally by the Health of Towns Commission and was a major feature in their national report of 1845, the cover of which is shown in the second photo. The picture here shows the main local open sewer which was known as the Barum.

The Barum began close to Bull Green (yes, Barum Top!) and flowed, uncovered, downwards through Crown Street to Corn Market as shown in the picture. Anxiety about the state of the open sewers in Halifax led to the appointment in 1850 of a Government Health Inspector, William Ranger. He found that in part of Haley Hill there was only one privy for the use of 221 people and the life expectancy was 55 years for gentry and tradesmen but only 22 years for a labourer. 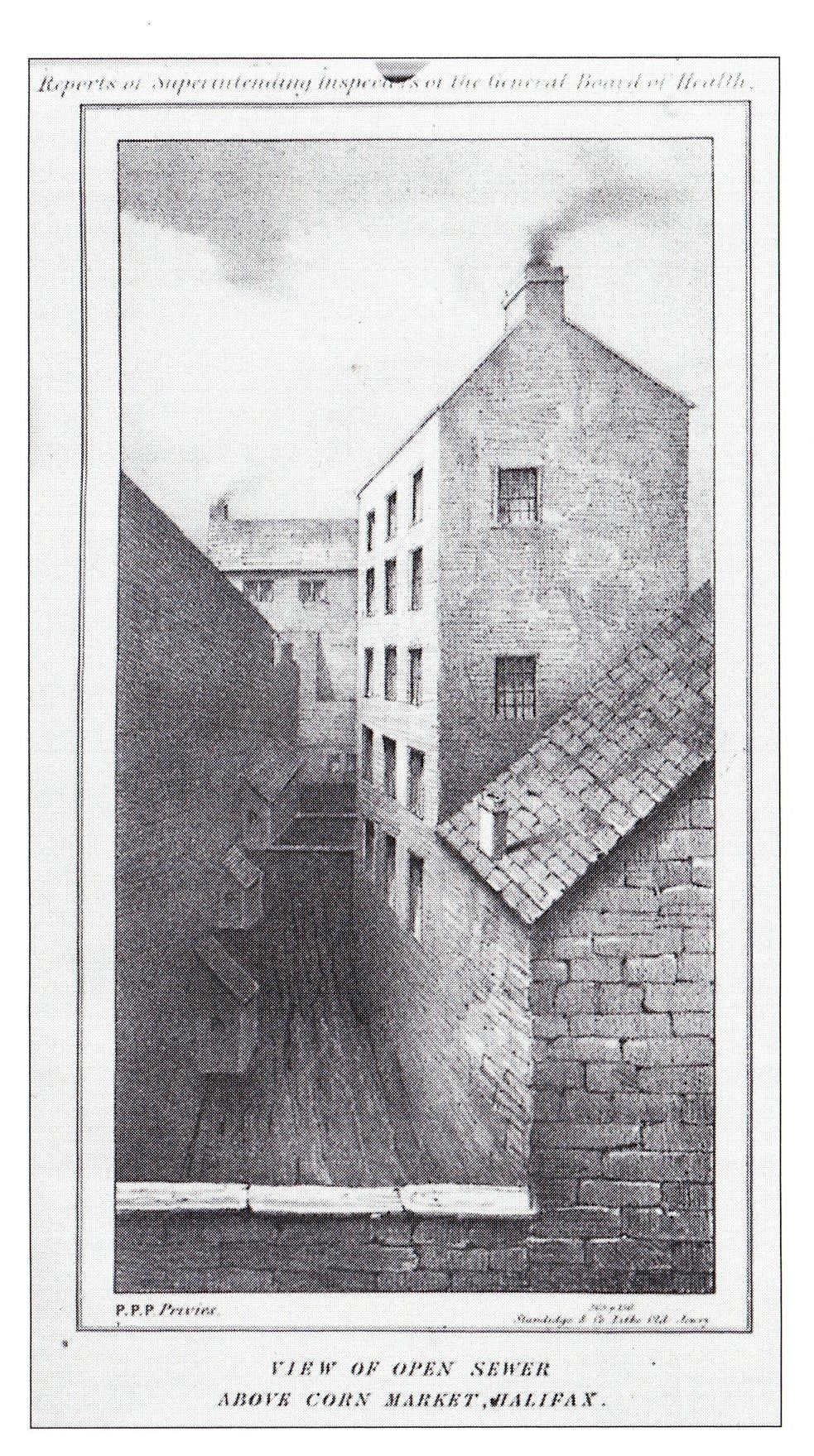 The outcome of the Ranger Report, supported by Archdeacon Musgrave, was the development of the local freshwater reservoir system, beginning with the Ogden reservoir. The report also led to the provisions of the Public Health Act [1848] being applied to the town by the Town Council. This progressed to improvements in water supplies, drainage, public baths, and sanitation. In 1853, William Ranger, again with the support of Archdeacon Musgrave, planned a system of proper drains and sewers for the town.

So we all have a great deal to thank Rev. Musgrave for in terms of improving our local public health.

Thanks, as always, go to Malcolm Bull whose Calderdale Companion website provided much of this information. The photo of the Musgrave tomb is from the Geograph website and the picture of the uncovered sewer at Corn Market is from the book ‘Halifax’ by John A Hargreaves (pub. 1999 – Edinburgh University Press).