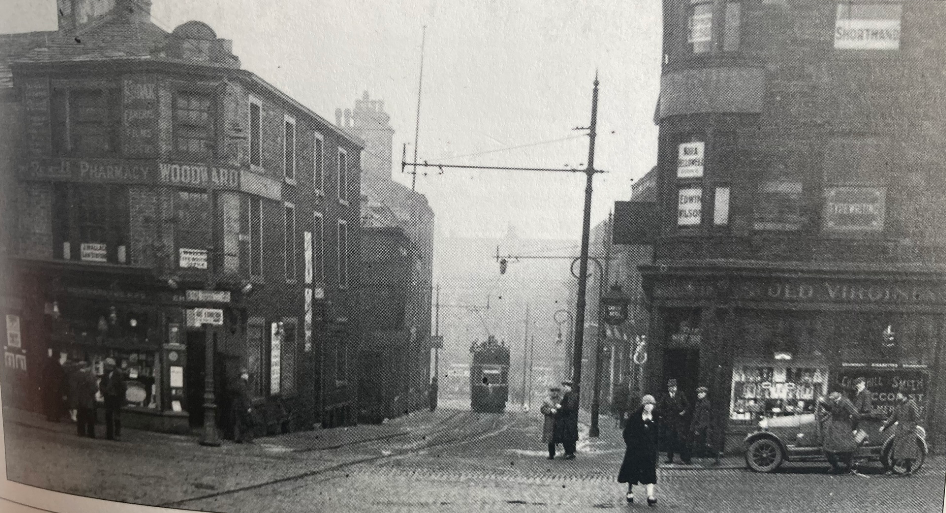 Looking down George Street in the 1920s 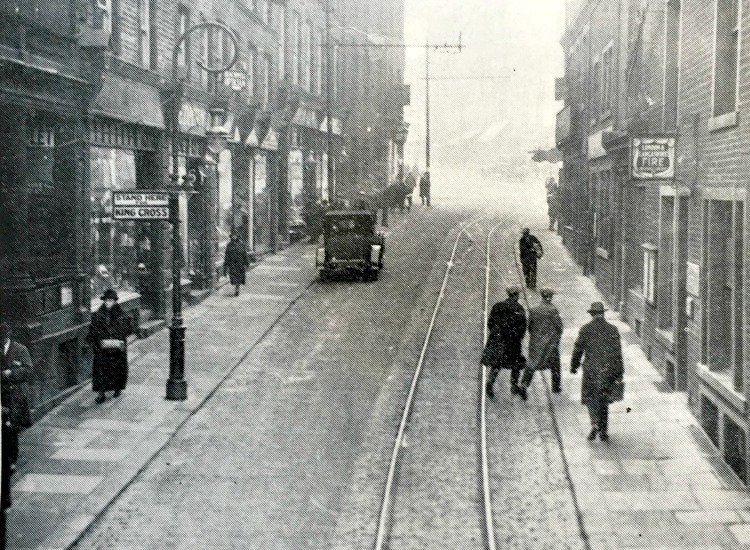 When is a street not a square? Or, to put it another way, when is a Square not a Street?

There seems to be a perpetual confusion over whether the road and precinct in the centre of Halifax should be called George Street or George Square. Matters are not helped by the fact that on one side a nameplate pronounces George Square, while on the other side another - a newer one - states that the avenue is George Street. And the addresses of businesses are given either as Square or Street, not always according to which nameplate is at their side.

It is a confusing state of affairs that has a historical explanation, as this week's picture shows. At one time there definitely was both a George Street and a George Square, the latter below the former. The picture, from the 1920's, shows what was George Street, before the properties on the right were demolished, creating the broader thoroughfare we know today. The duel name given to the area is a legacy of it's older, built up days.

It looks as if demolition was already under way when this picture was taken, for there are exposed stones visible on the far right edge. Properties on the left are still recognisable, with the Griffin, now called Griff's(Bow legged with Brass), visible at the top, and the familiar outline of Bull Green glimpsed at the top of the street. Buses depart from George Street today, but in the 1920's, of course, there was a tram stop. 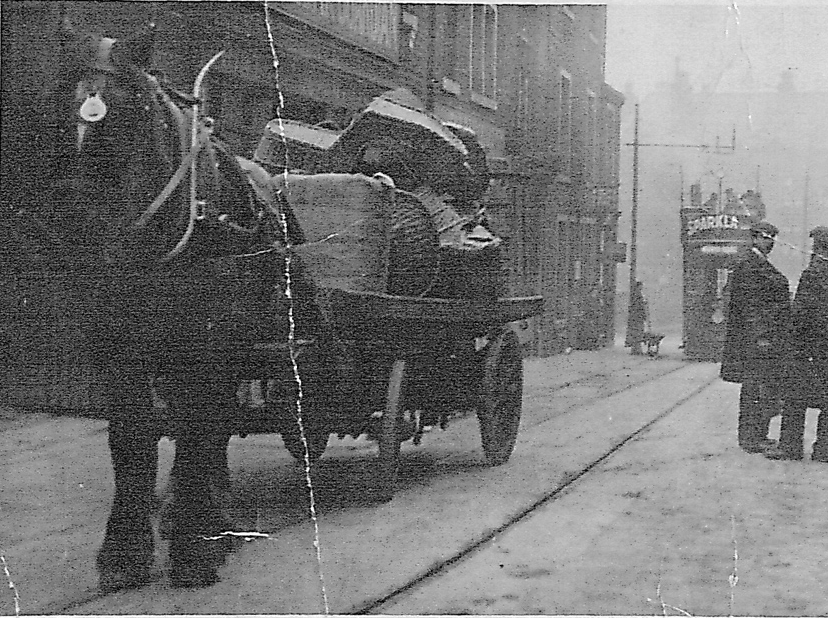 Horse and cart stood near to the Halifax Guardian offices 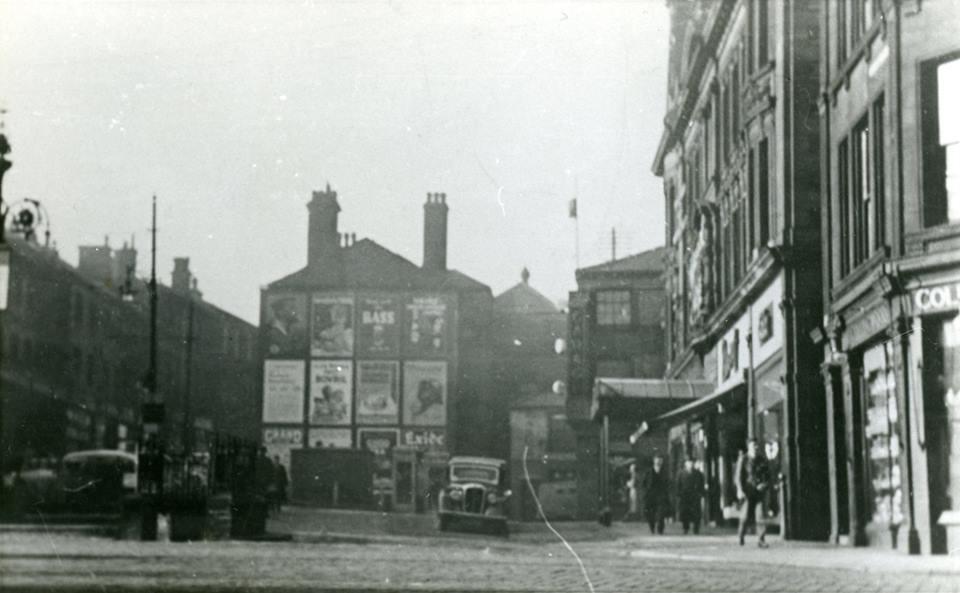 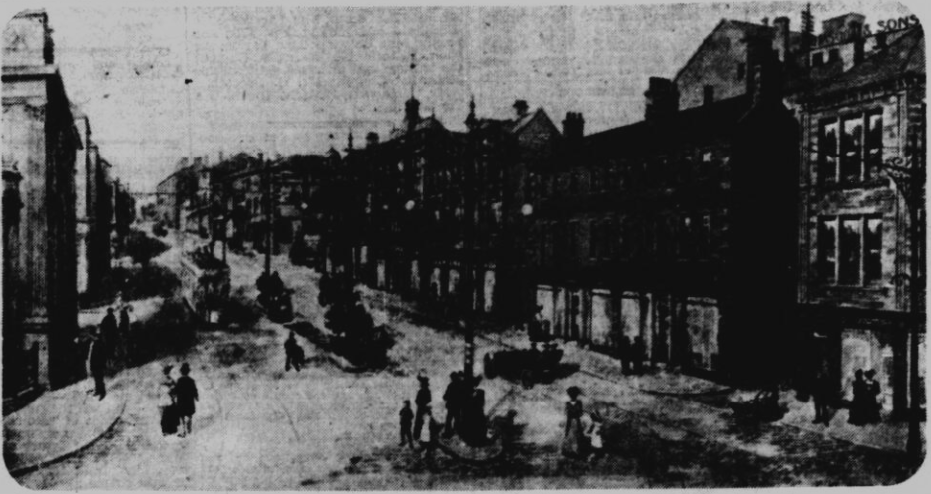 A 1903 sketch of the proposed layout 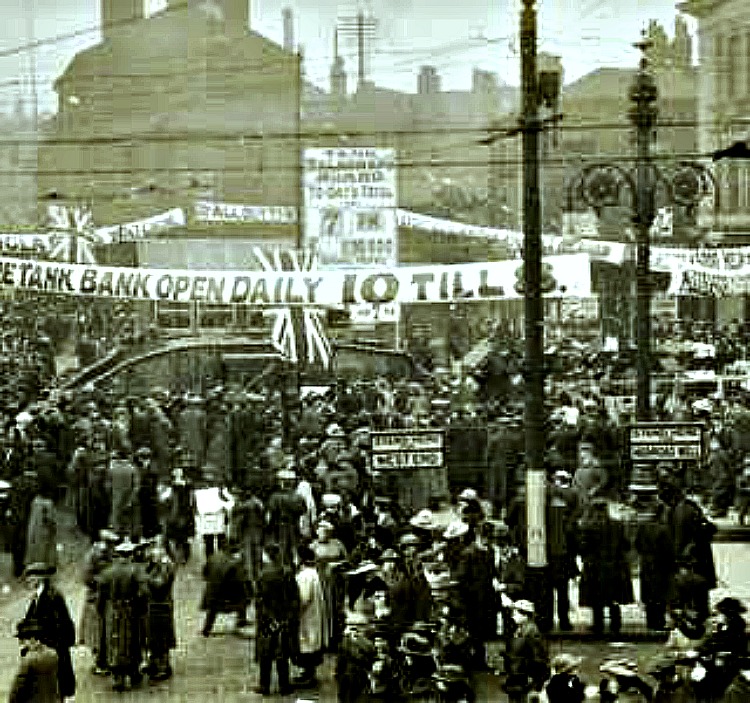 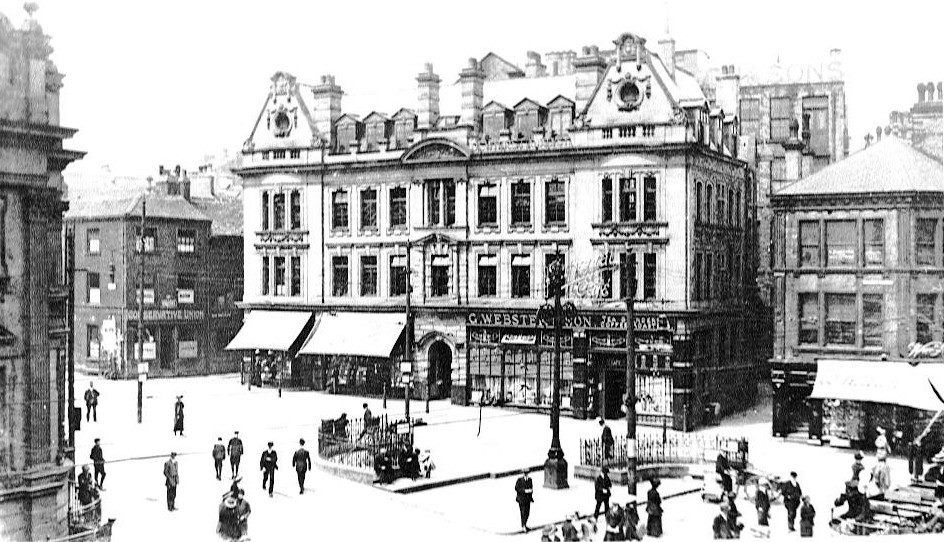 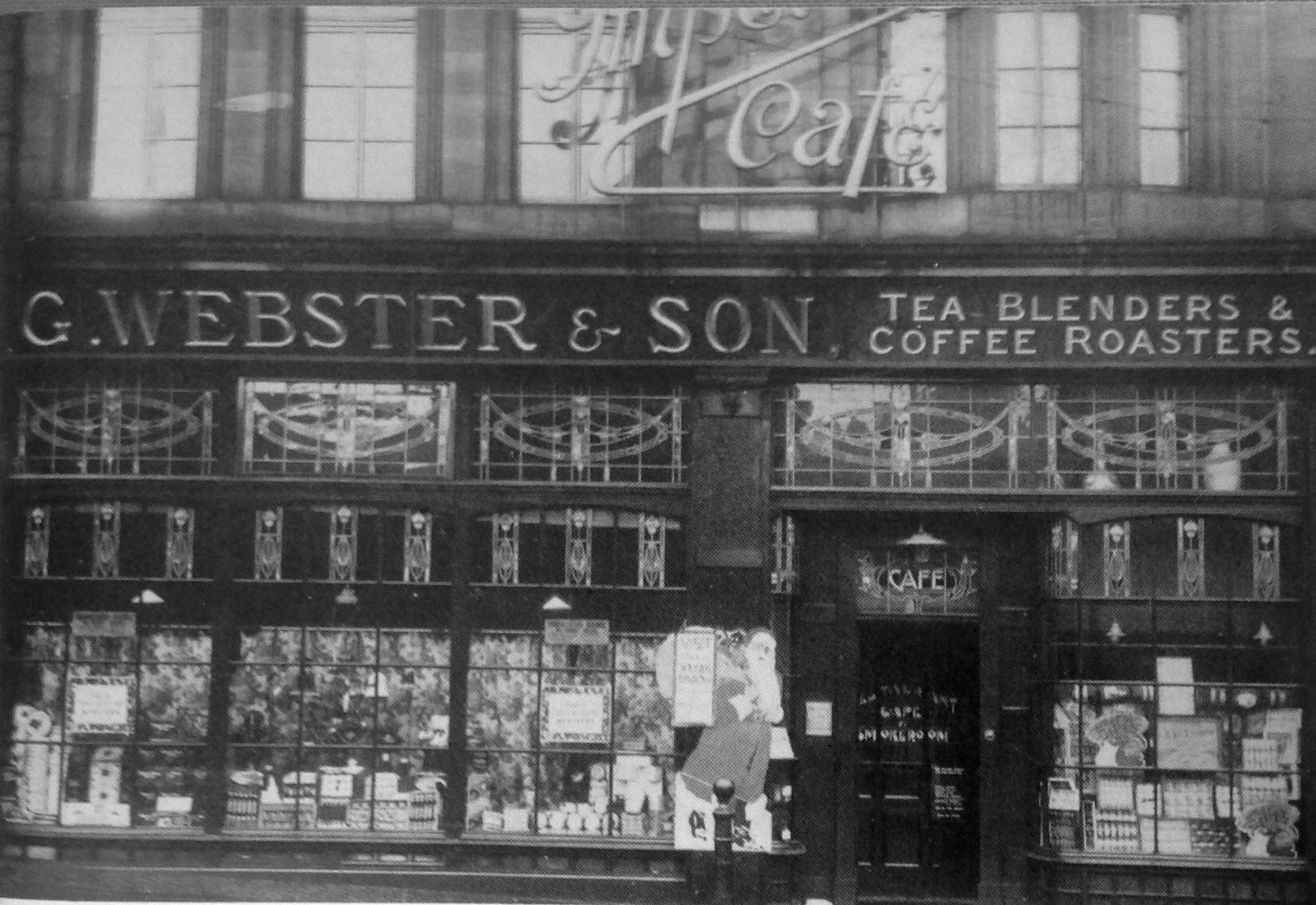 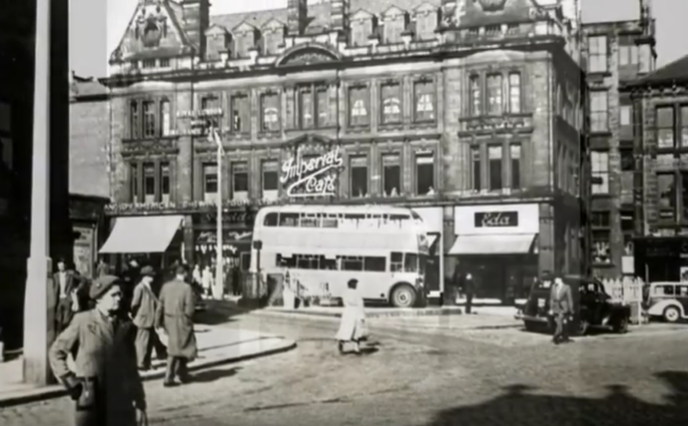 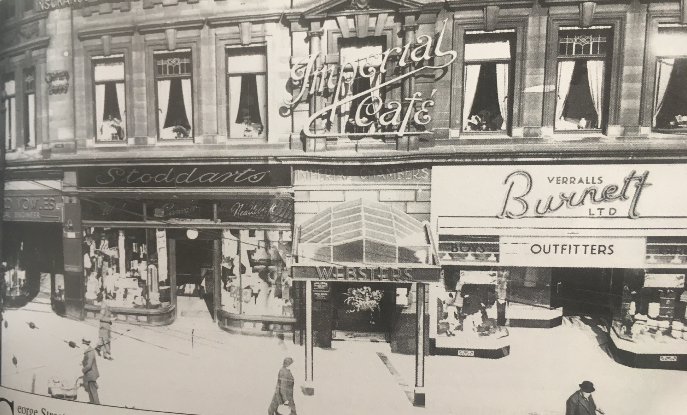 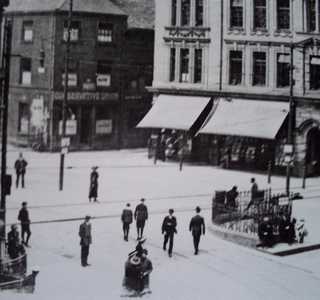 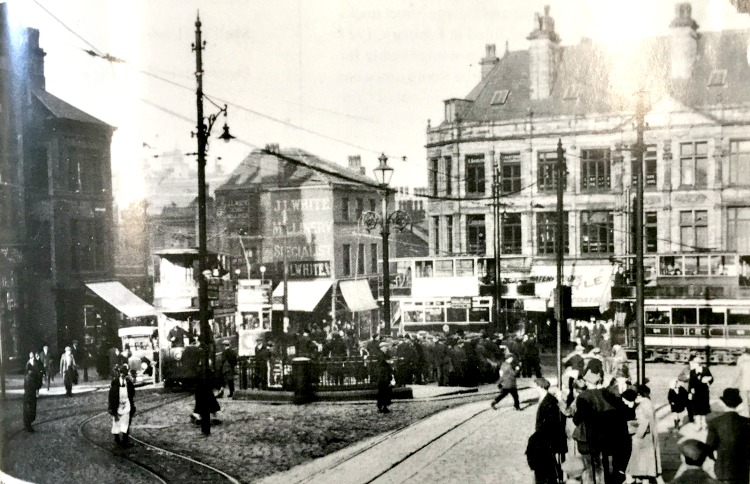 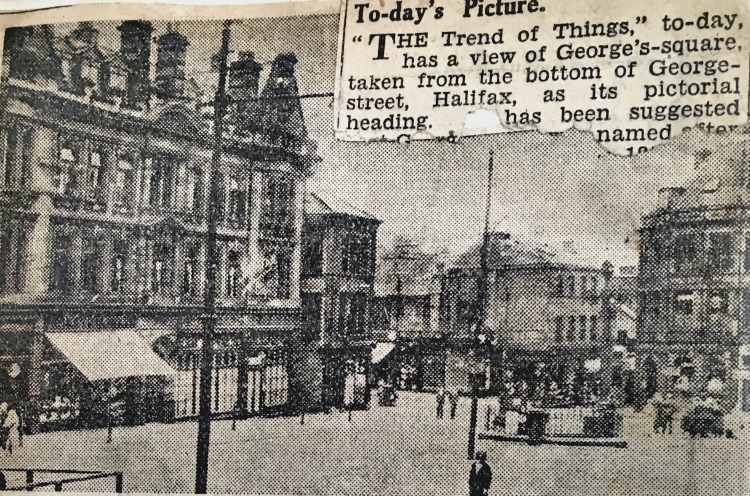 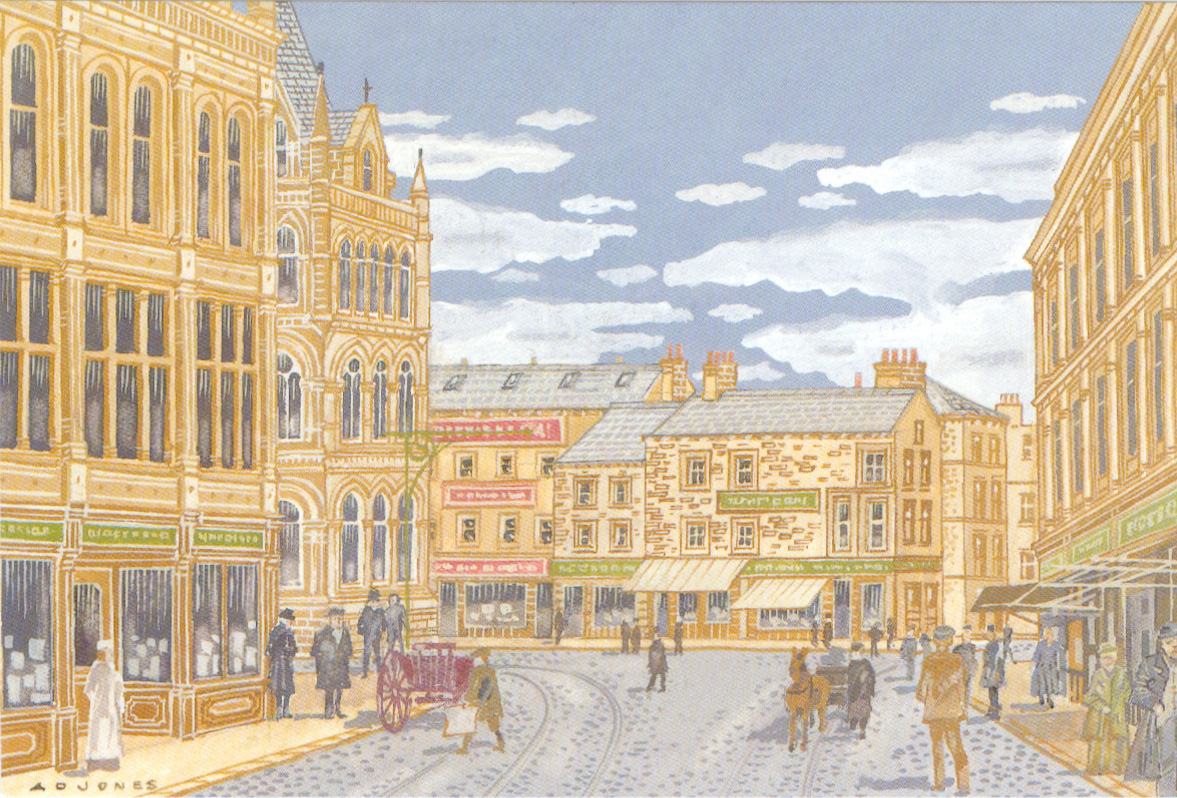 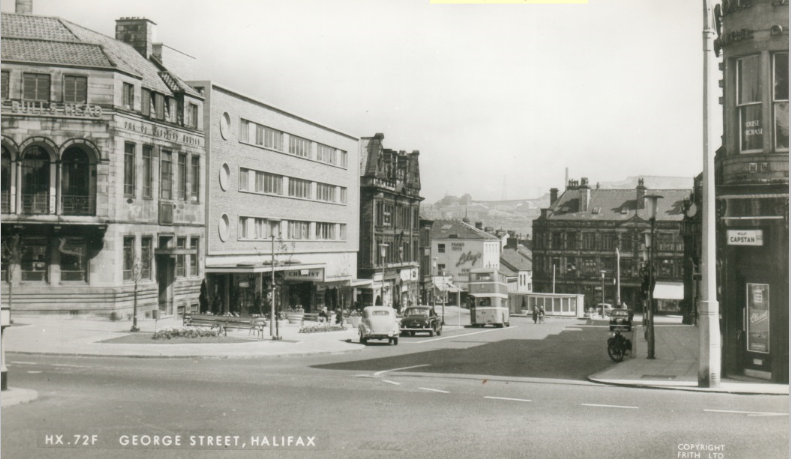 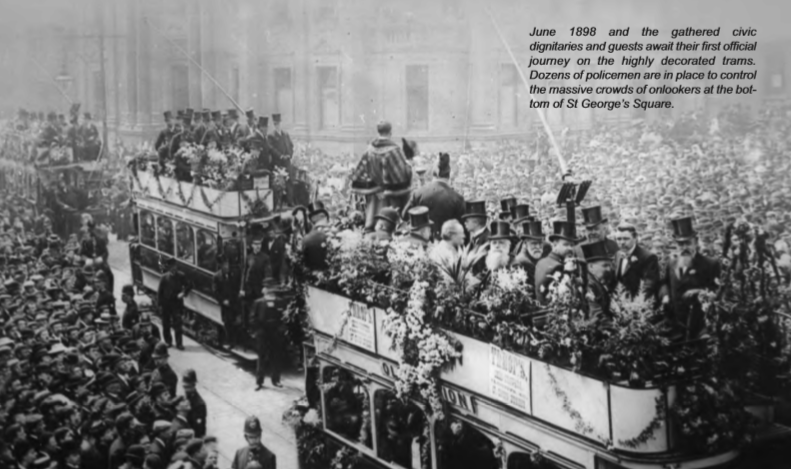 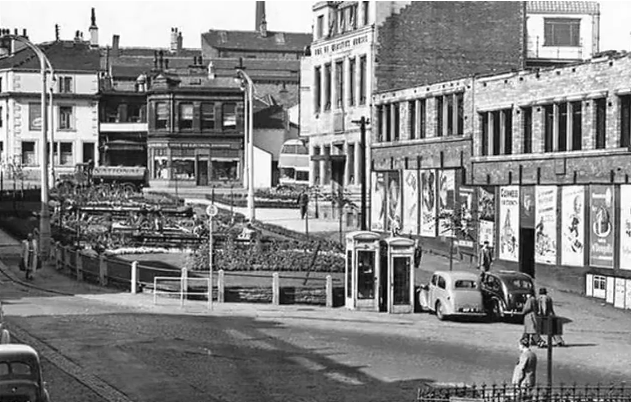 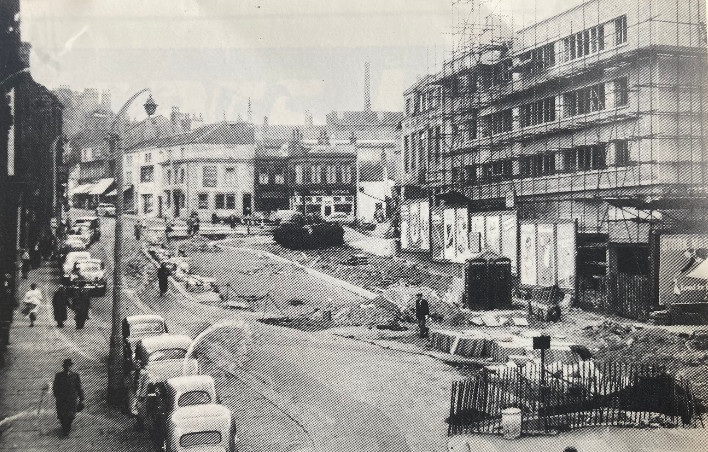 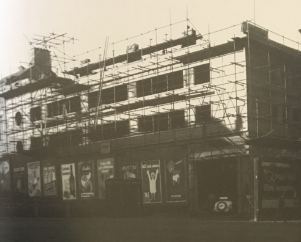 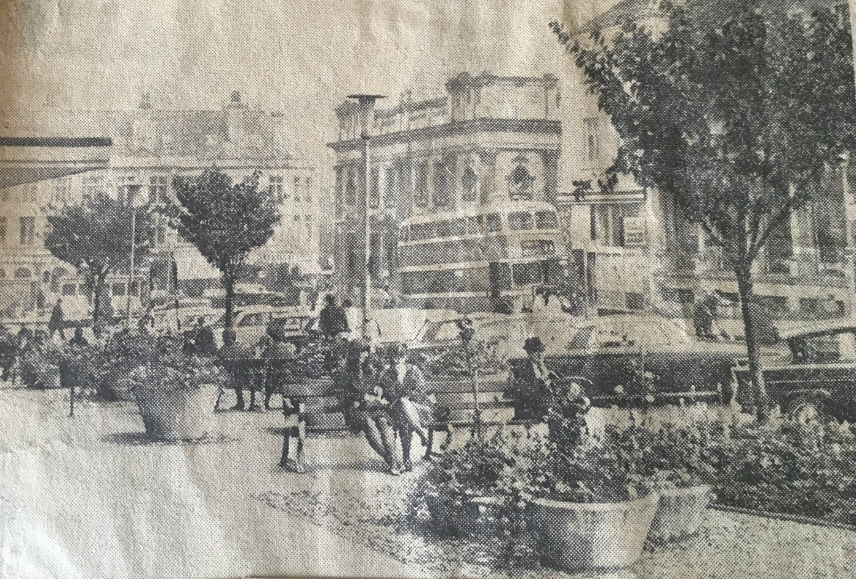 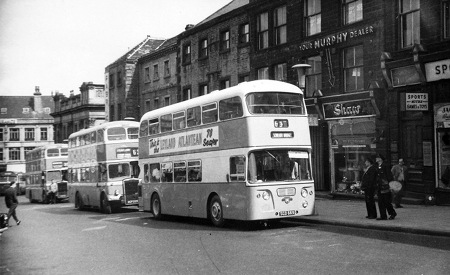 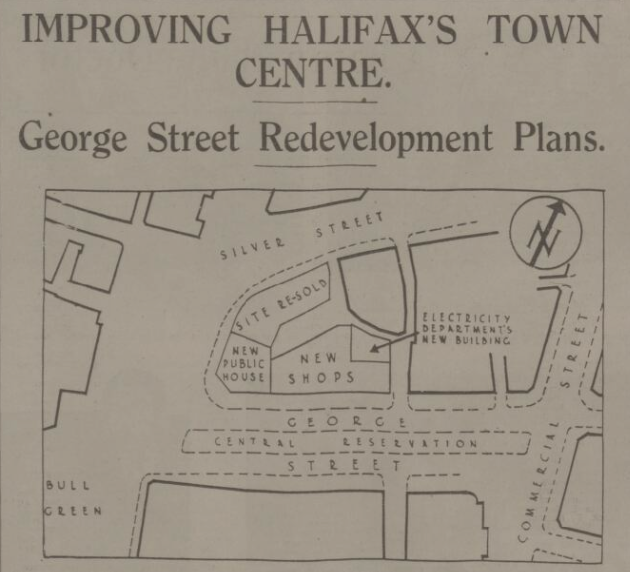 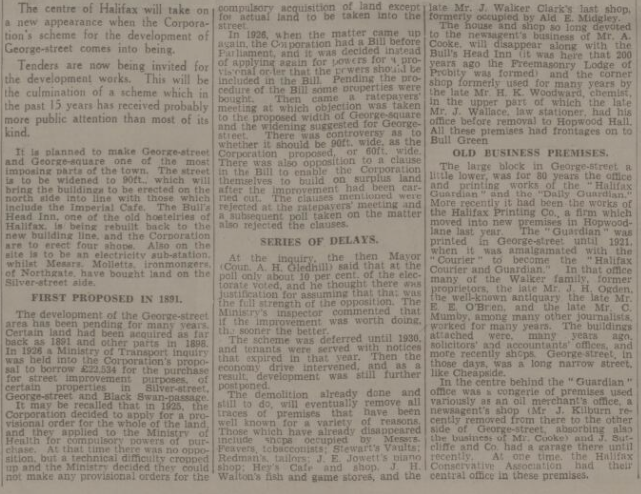