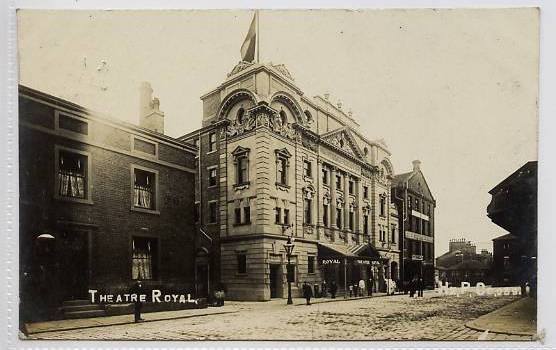 The Theatre Royal, a replacement of an earlier theatre, opened in 1904/5 purely for live entertainment. A superb façade in ashlar stone in the Edwardian style dates from this period, and was designed by Richard Horsfall & Son of Halifax.

The auditorium, believed to have been on 4 levels was gutted in the 1930’s to create a new two tier cinema auditorium (with 1,549 seats) which extended into the stage area.

The cinema closed around the 1960’s and became a bingo hall which in turn closed in the 1990’s. Various redevelopment schemes, retaining the façade of the Grade II Listed building, but demolishing the auditorium came to nought and it re-opened as a nightclub, Chinese restaurant and bar. Unfortunately, by 2007 these had closed and the building was ‘For Sale’.

Thanks to Ian Grundy 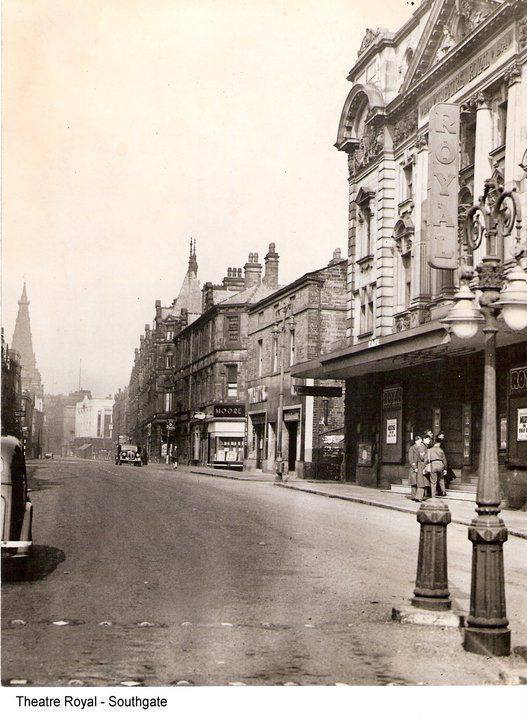 The old Theatre Royal – known as the Halifax Theatre – was built in 1789-90. The foundation stone was laid on 12th September 1789. The theatre shared a frontage with the original Shakespeare Hotel.

There was a passage connecting the theatre and the pub and this was known as Ammonia Avenue. The theatre was built by voluntary subscription at a cost of £1300.

The theatre opened in October 1790, and the first production was Cymbeline.The first pantomime – Harlequin Fortunatus – was presented in 1794.

In 1824, gas lighting replaced the earlier candles. In 1840, a production of Dennis & the Gibbet Law was staged. The theatre was improved in 1841 and upper galleries were added in 1853. It was possibly the best theatre in West Yorkshire at the time.

In 1896, the attractions included animated photographs or living pictures, a forerunner of the films to come. It later became known as the Theatre Royal.

The old theatre closed in March 1904 – with the last production being Old Kentucky on 5th March 1904 - and was demolished later that year. 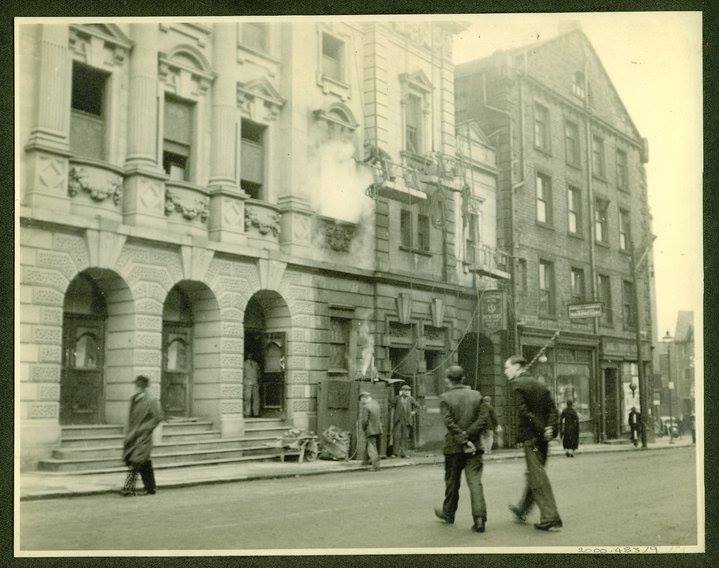 Full House at the cinema

Modern Britain, Land of the Lottery, is relaxed about gambling and gaming. And bingo is rarely seen as anything but a harmless, occasionally lucrative, social activity.

But there was a time, in the early days of the pastime, that bingo was denounced as a great evil. It was in the early 1960's that the newspapers started to write about the "bingo craze", a phenomenon that was "spreading inland from the coastal resorts".

Of course the game itself, or variants of it, had been around for many years. But having been legalised - on a regulated basis - by the Gaming Act of 1960, it was becoming a highly commercial part of the leisure revolution of the early 1960s.

There was talk that bingo would supersede cinemagoing - as it did in many places - although one Halifax cinema manager said it was just a craze and he would give it 12 months at the most. Such was the controversy surrounding bingo in 1961 that when Sowerby Division Conservatory Women's Advisory Council applied to hire Hebden Bridge Civic Hall for a tombola session an enormous row ensued, with church organisations writing letters of complaint to the local authority.

Eventually, Hebden Bridge Urban District Council banned bingo from its premises. As bingo's popularity increased, there were fears about children being left to fend for themselves while their bingo obsessed parents were out playing.

A Brighouse Methodist minister made no bones about it. Bingo was "gambling. impure and sinful", he wrote in his church magazine.

But while local authorities continued to agonise over whether or not to allow bingo in their halls, cinema owners, faced with falling attendance thanks to mass TV ownership, saw the game as their salvation. 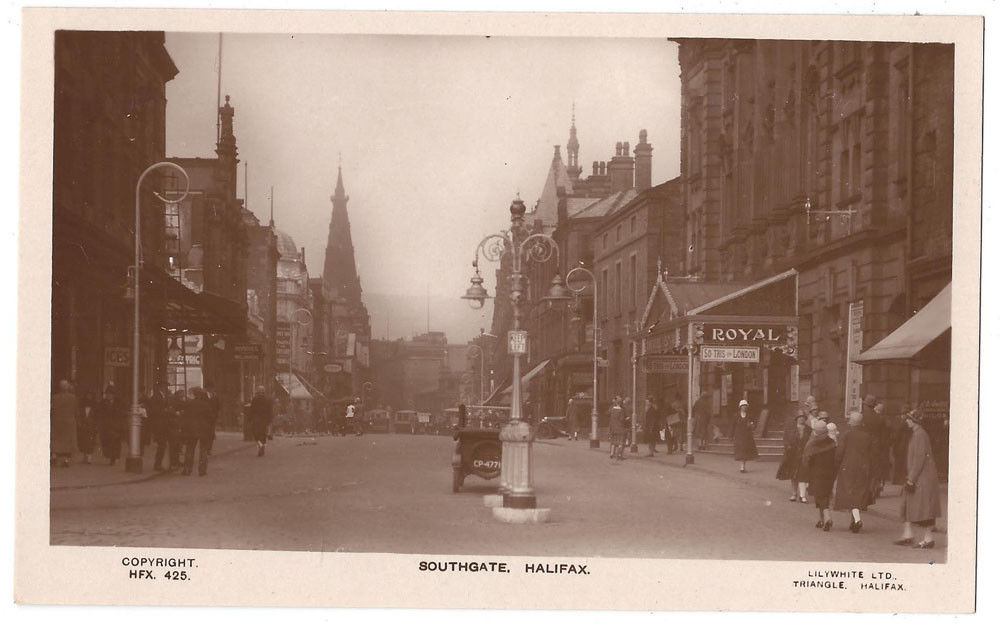 The first Halifax cinema to switch to bingo was the Gaumont, at Wards End (originally known as the Picture House, later as the Astra, then the Coliseum nightclub and now as ATIK nightclub.

In January 1962, the Gaumont became a Top Rank Bingo and Social Club and it was reported that people queued round the block on opening night- 1,200 people played and £400 in prize money was paid out over the first weekend.

Later known as Surewin, this club reverted to showing films in 1973. 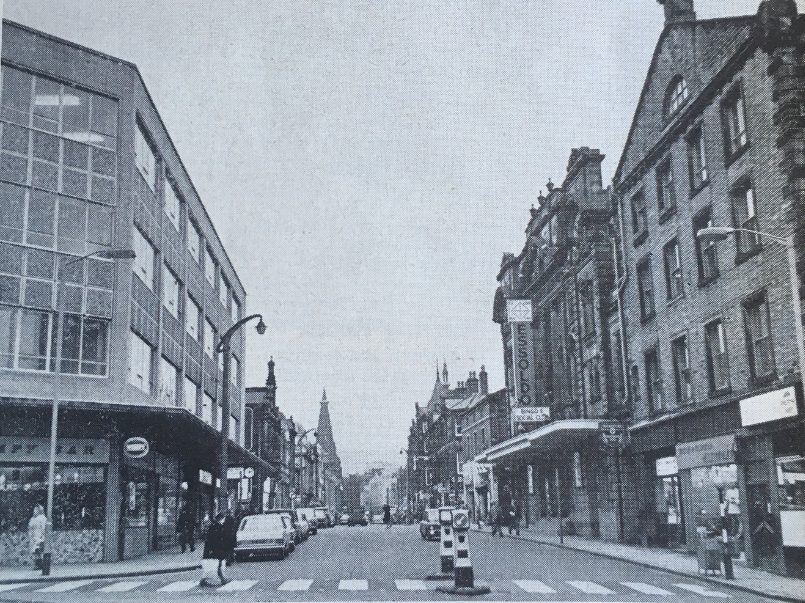 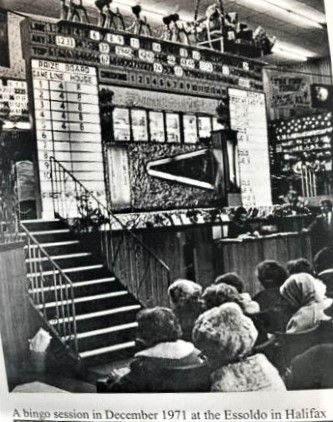 By then the Theatre Royal - now the La Mania bar - had switched from cinema to bingo, as the Essoldo Club, which opened in 1966. It would soon claim to be Halifax's biggest bingo operation with 10,000 players a week. 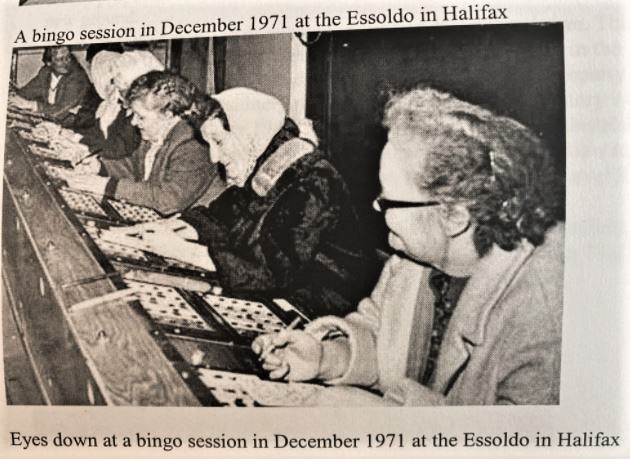