Hemingways of Southowram have been a name associated with the village for hundreds of years. One branch of the family lived at Hollins House for many years. This is 'their' family tree dating from John Hemingway who was born in 1786, to John Pickersgill (who provided us with most of this information and photos for us to share) .

He was a stone merchant

Probate records show that he left effects valued at under £450.

The will was proved by his sons John & Edward

Why does it say ONLY DAUGHTER?

Stone Merchant employing 47 men and he was a farmer with 43 acres. 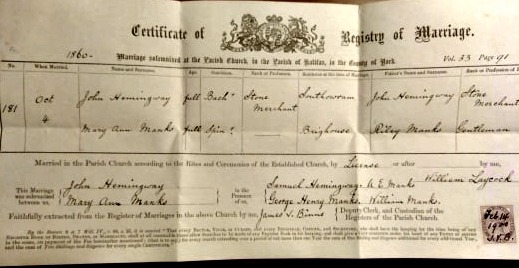 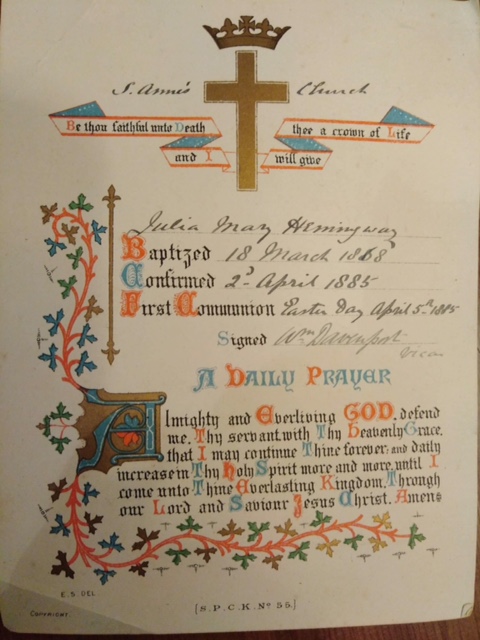 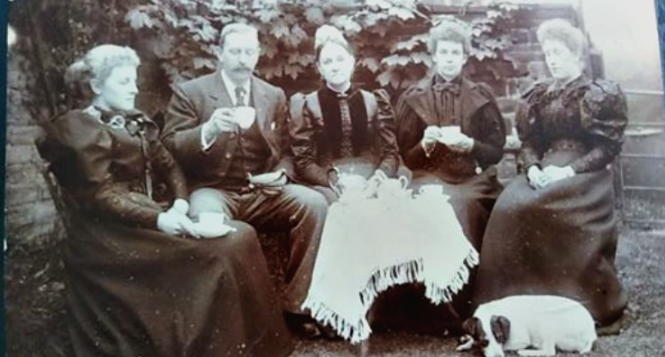 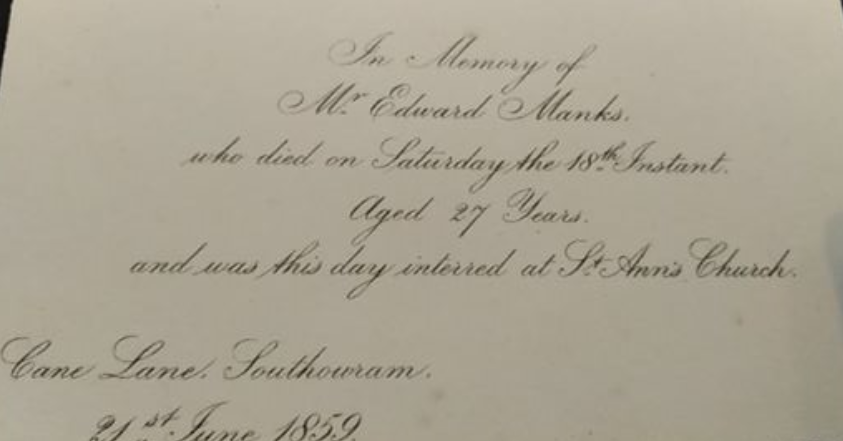 This was Mary's brother and not Edward Manks Hemingway

Probate records show that he left effects valued at under £200.

The will was proved by his widow Mary Anne, his brother Edward Manks Hemingway of Halifax (gentleman), and George Henry Manks of Elland (maltster-he died 6th Feb 1898). 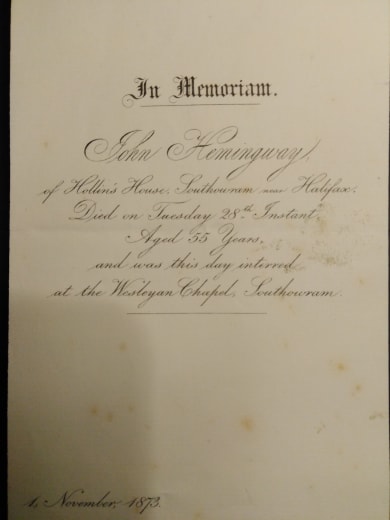 Probate records show that she left effects valued at £390 15/4d.

The will was proved by her son Edward Manks Hemingway.

Members of the family were buried at St.Anne's, Southowram [Grave Ref: R-D3] In 1911, the unmarried sisters Louisa, Julia Mary and Gertrude Ruth were living with brother Edward Manks Hemingway at Hollins House. 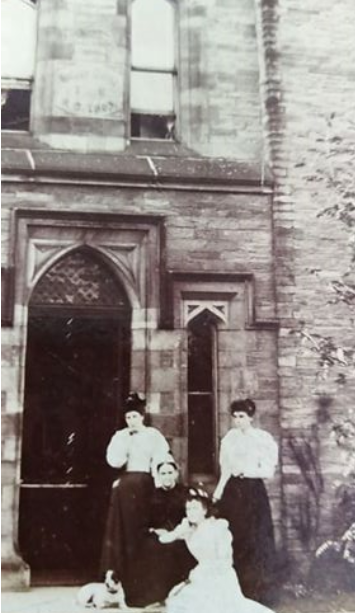 Not enough evidence to say how this came to be. 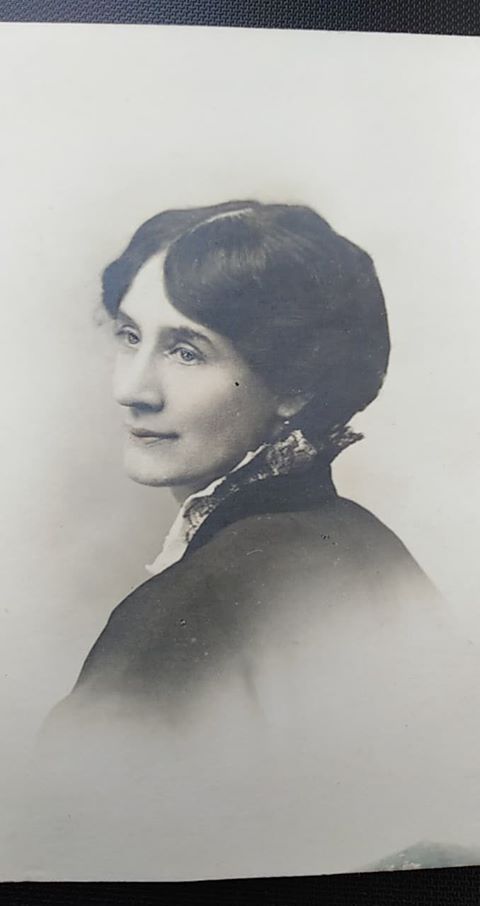 Samuel Walter & Alice Stancliffe Hemingway of Hollins House, Southowram (Samuel Water died in Arcadia, Florida on the 27th August 1914 where he is buried) He sailed from Liverpool, aboard the Cedric, and arrived at Ellis Island, New York [11th July 1914]. He sailed from Bayonne, New Jersey, aboard the SS Beachy, to Florida. Possibly, looking for work in America.

The informant was R. M. Lock, an Englishman who arrived in the US in 1892, and became a contractor for the railroad in Florida which was being built to Arcadia in 1910, and finally opened in 1915. 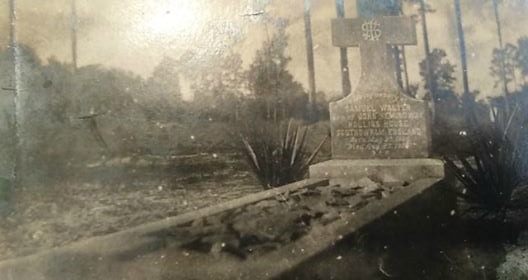 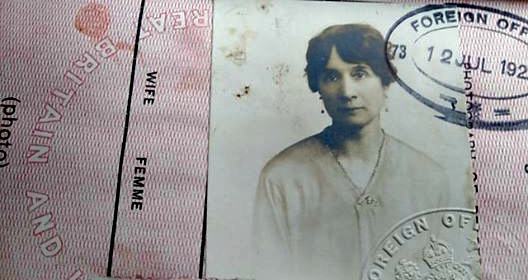 Administration was granted to his widow & his son.

They lived at Rose Cottage, Brighouse 1907,

Probate records show that he left effects valued at £152,127

The family name [as all the Hemingways probably know] has been in our area for centuries before that, and I don't know how well all of this is known but if I was a Hemingway I'd stand in front of Shibden Hall with a heavy heart and wistful look and think “There but for a twist of fate!” Because your family history, and indeed the history of Halifax, could easily have been so very different.

I worked for Waterhouse Charities for many years, the benefactor Nathaniel Waterhouse was an amazing man and their family had some prominent [and also some very dubious] characters. This is actually from information I gathered while delving into their story;

Shibden Hall belonged to the Waterhouse Family in the 1500s and early 1600s, Sir Robert Waterhouse being the owner from 1584 to 1598. Lord of the Manor of Halifax, he was a respected barrister at the Inner Temple, lawyer in York, owned the Moot Hall in Halifax, mills in Southowram and much more. Sir Robert died in 1598 when his son Edward Waterhouse was only 17yrs old.

As Edward was legally too young to administer his own affairs his uncle David, [Robert's younger brother] was put in charge of his finances until Edward reached the age of 21. In the immortal words of Julia Roberts - ”Mistake.....Big mistake”. David, like his brother, was also a barrister, but there the similarities ended. In less than four years during which he administered his nephew’s lands, he bought property on Edward’s behalf at inflated prices and borrowed money at high interest, which had to be repaid by Edward when he came of age. He then, either from carelessness or fraud, “drew unsatisfactory conveyances” so that young Edward was threatened with litigation. In short, David was a wrong 'un, and later both he and poor Edward were declared bankrupt and Shibden Hall was put up for sale.

At this point the Hall passed to Caleb Waterhouse for a short time, but by 1612 it was for sale again ...And this is where the Hemingways came in. The Hemingways, like the Waterhouses, were another prominent family who have been around our area for centuries [Do you know, I didn't even come across any wrong 'uns here!] The family originally built Walterclough Hall in the 1400s, Hemingways owned land in Northowram and Southowram, Henry H owned Ireland Farm on Shibden Hall Road in the early 1600s and so on.

Jane Hemingway of Northowram had married Bryan Crowther [A very wealthy and generous self-made man who left several legacies to charities and set up a trust]. Bryan Crowther died in 1607 and they had no children. In 1612 Jane [Hemingway/Crowther] bought Shibden Hall from Caleb Waterhouse for £1600, the hall to be given to her nephew John Hemingway, son of her brother Robert, when John reached 21. Thanks to this very generous aunt the hall was set to have become the Hemingway's family home for future generations - But sadly for them this is where a twist of fate intervened, those little things that happen and change the course of history. Both Jane and her brother [John's father] Robert died in 1615, three years after she bought the hall. Young John was still legally underage, so his affairs were then administered by his uncle, Samuel Lister. Samuel [Unlike our previous uncle in this story] was a good, honest respectable man and everything was still set for John to inherit Shibden Hall when he reached 21 from which point it would have remained in the Hemingway family.

But tragically for them young John then died before he came of age, so the estate at that point passed into the Lister family with Uncle Samuel being granted legal ownership. The Listers of course continued to live there for the next 300 years. However, if it's any consolation, John's premature death didn't altogether end the Hemingway connection. Besides the late John, his father Robert also had two daughters; John's sisters Sybil and Phoebe Hemingway. Rather conveniently uncle Samuel Lister had 4 sons, Thomas, George, John and David. And, [keeping it in the family!] Phoebe Hemingway married her cousin John Lister, and her sister Sybil married his brother [and her cousin of course] Thomas Lister. So the Hemingways became part of the Lister family tree.

But just think....If only John Hemingway hadn't have died young how different things would have been for you and all of Halifax. On one hand the rest of us would not have “Gentleman Jack” to watch and a beautiful public park to walk in, but on the other hand you Hemingways could have been “Lording it” over the rest of us from your family seat.

PS, I think that one of great ironies in all this is that Shibden Hall was originally built by a wealthy sheep farmer called William Otes in 1420. The Saviles then inherited it in 1491 when William Otes' grandaughter, Joan, married Robert Savile. Waterhouses in turn inherited the hall in 1522 when Robert Waterhouse married Sybil Savil. The Listers as we've seen inherited it through their nephew's death. Apart form Caleb Waterhouse [who probably got it for a knock down price] The only people who ever actually bought the place were the Hemingways, and they never got to live there!