Although it's generally understood that Dr Rudolph Diesel invented the ‘diesel’ engine that bears his name, this is a terrible injustice to a brilliant British engineer and Freemason, Herbert Akroyd Stuart, who was initiated in Cama Lodge No 2105 in Hampton Court in 1887 aged only 24. His brother, Charles, was also a member of the Lodge. 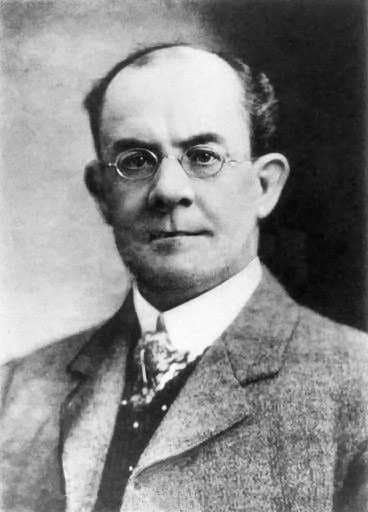 In a previous post, Herbert, born in Halifax in Yorkshire in 1864, was mistakenly referred to as the nephew of Col. Edward Akroyd, the mill owner and philanthropist who built All Souls' Church in Haley Hill in Halifax. He wasn't Edward's nephew, but was probably a distant cousin.

We won't go into the detail of engine designs in this post - suffice it to say that in 1886, after four years of experimenting, Herbert built his first prototype ‘diesel’ engine and filed his first patent at the young age of just 22. Further patents for improved designs were filed in 1890 and it is the fuel injection system outlined in these patents - known as 'solid injection' - that is used by most modern 'diesel' engines.

On the other hand, Dr Rudolph Diesel’s first patent, filed in 1893 in Berlin, was for an engine that burned coal dust rather than oil and his first prototype blew up and nearly killed him!

In 1891, Herbert licensed Richard Hornsby & Sons of Grantham to build his engines under the name of the ‘Hornsby - Akroyd Patent Oil Engine’. They went on to build and sell over 45,000 engines, many before Diesel had built his first working model.

Herbert also built the first ever ‘diesel’ car; the first ever ‘diesel’ locomotive; supplied the ‘diesel’ engines to generate electricity to illuminate the Statue of Liberty and power Marconi's first transatlantic radio transmissions and also invented the tracked vehicle now known as the ‘caterpillar tractor’ of which over 500 were built from 1915 to 1918 and used to tow large guns. 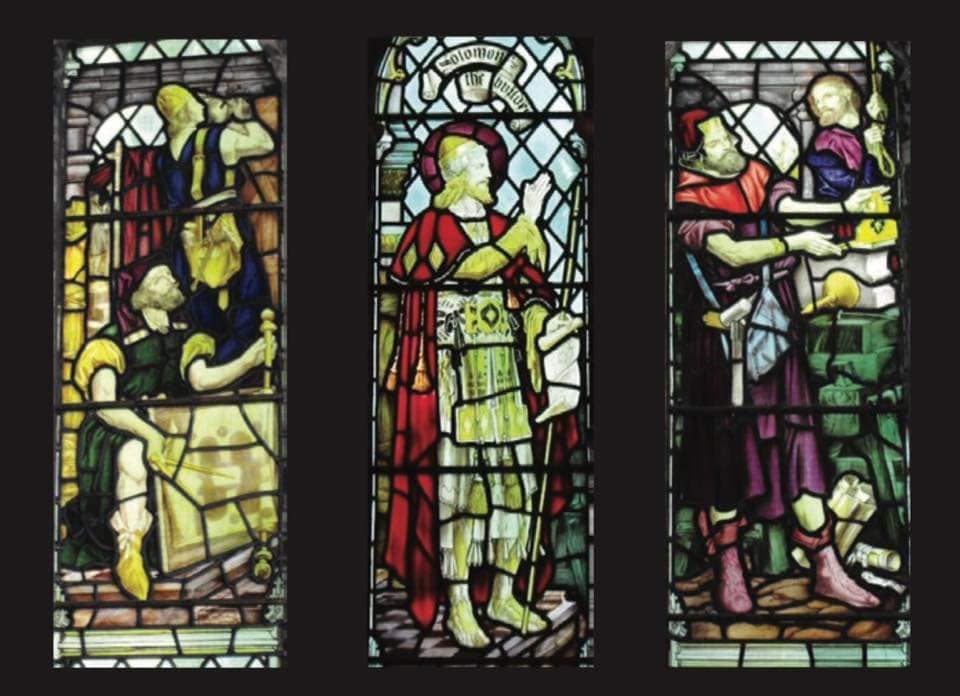 Before he died in February 1927 at his Australian home, which he had named 'Akroydon' in a clear tribute to the town of his birth and his Akroyd forbears, Herbert left instructions that his body was to be taken back to Halifax for burial in the family grave at All Souls' cemetery in Haley Hill. The burial took place in May, 1927.

He also left substantial funds and instructions for a set of stained glass windows to be made and installed in All Souls' Church in memory of his mother which were unveiled by his sister in 1929. As you'll see from the accompanying photo, the windows display Masonic symbolism.

Both Herbert and his brother, Charles, were members of Cama Lodge No 2105 for at least 34 years from 1887 until 1921 (which is the date of the latest of the publicly available United Grand Lodge of England membership records).The Lodge closed down in 2004.

Please remember - that engine is an 'Akroyd' not a 'Diesel'!

The windows in All Soul's Church displaying Masonic symbolism