The Nags Head Inn was originally a home called 'Hilltop House' and stood at the corner of King Cross Lane (number 68) and Lord Street next door to Hopwood Hall. 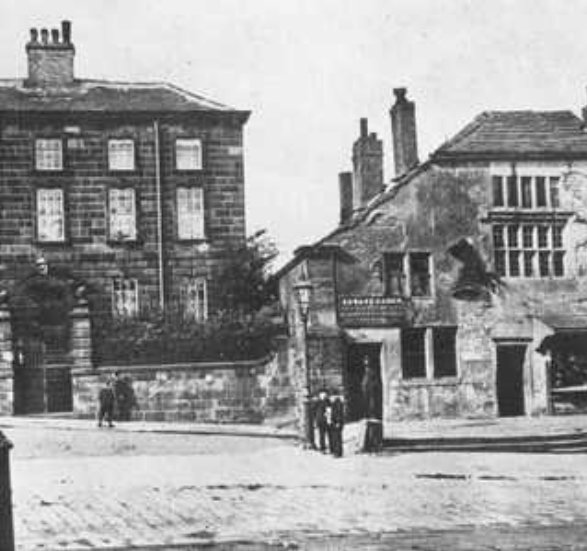 Hilltop House was bought in 1708 by William Hopwood, who moved from Rastrick and lived in it until Hopwood Hall was built. It's not sure when the building became an inn, but it was rebuilt and licensed by 1845. Just before the rebuilt building was demolished in 1884, for road widening, it was one of 26 licensed houses within 300 yards of Bull Green 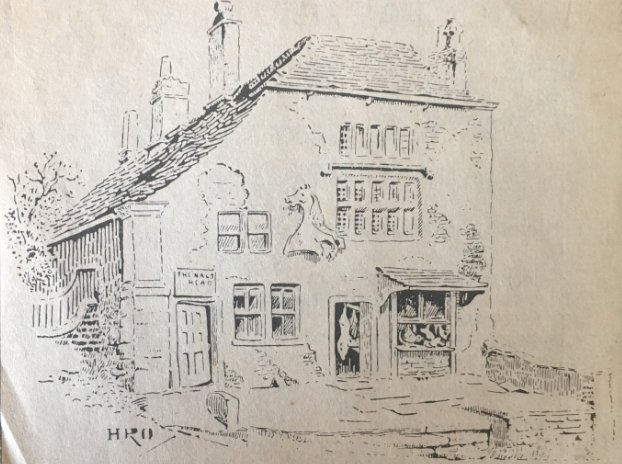 The sketch above by H.R.Oddy clearly shows that part of the inn was occupied by a butcher's shop, while the peeling plaster from the walls shows that it must have been on it's last legs at the time.

(thanks to Halifax Courier for information)

During repair work on a chimney in July 1867, an orange banner with a blue border was discovered concealed in a hole. This was dated 1688 and bore a picture of the Protestant King William III on horseback with the mottoes

In the corners were smaller devices, and on each side were written the names of the places where the English were victorious, including the Boyne, Anglicum, Deny and Enniskillen. 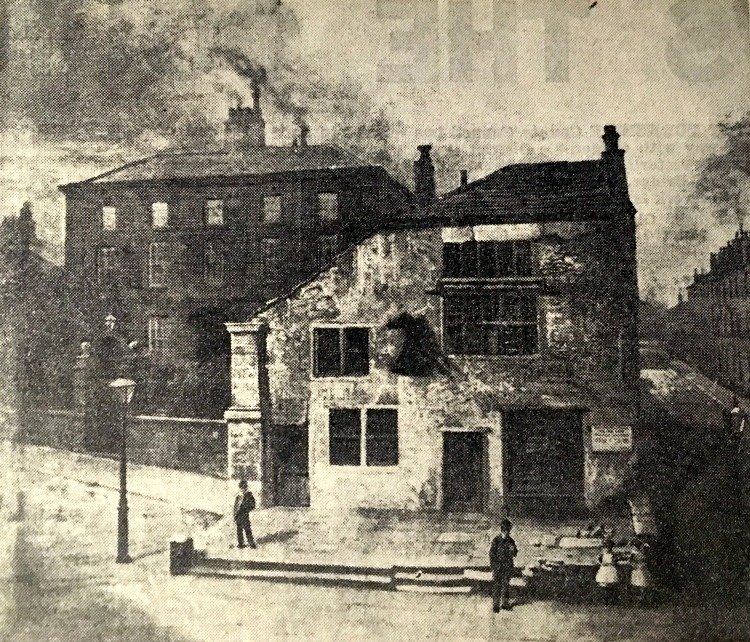 Hopwood Hall on the left above identifies the place as the junction of King Cross Street, Hopwood Lane and Lord Street, Halifax. But the Nag's Head Inn was demolished in 1884. This interesting old painting (artist unknown) is a reminder that the east side of Lord Street, except for the building on the king Cross Street corner, comprises property put up by Thomas Lister the Younger, clockmaker of Halifax. The two Thomas Listers and their work are the subject of an Antiquarian paper by Mr C.H. Rycroft, of Stainland.