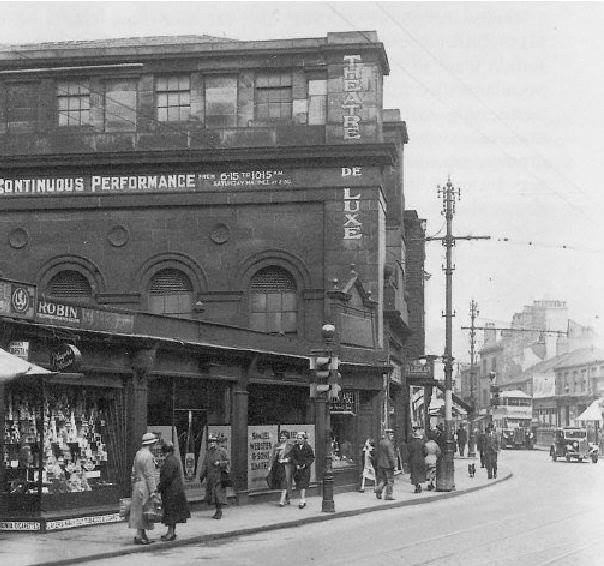 This was an extensive Hotel with Northgate Hall next door, the saloon and a casino in the basement. Built around 1837 and demolished in 1961 for area redevelopments. There was also Northgate Tap pub which was in Northgate Yard. This closed in 1911.

Cinema de Lux was originally the Casino of the Northgate Hotel. It could accommodate 550 people. In March 1912, it became the Cinema de Luxe. Around 1914, the name was changed to Theatre de Luxe 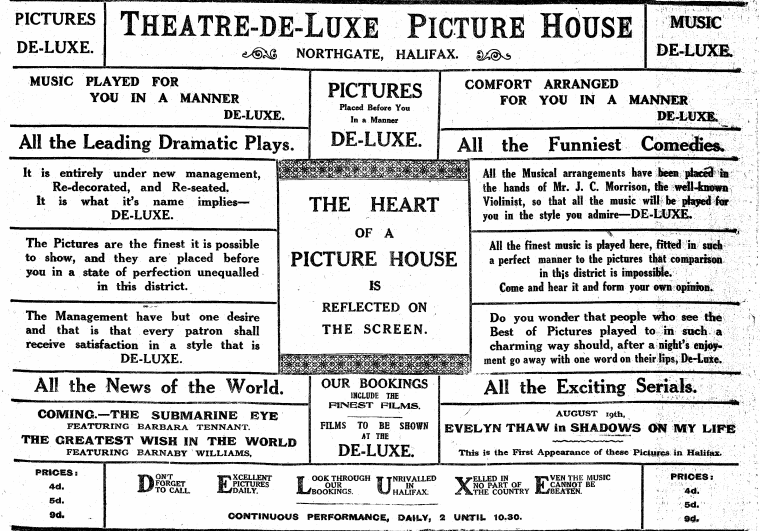 On March 11th 1912 (exactly 106 years ago today) the Casino at the Northgate Hotel changed its role dramatically and became the Cinema de Luxe. The Northgate Hotel had been part of Northgate Hall which had been built around 1740 for the Lister family of Shibden Hall. Members of the Lister family had lived there in the early 19th century and in 1826, ownership passed to Anne Lister of Shibden Hall. When the Casino had been added to Northgate Hall, Anne Lister and her then partner, Ann Walker, presented a time capsule containing current coins of the time and an inscribed lead scroll. Then capsule was then buried beneath the foundation stone of the building. 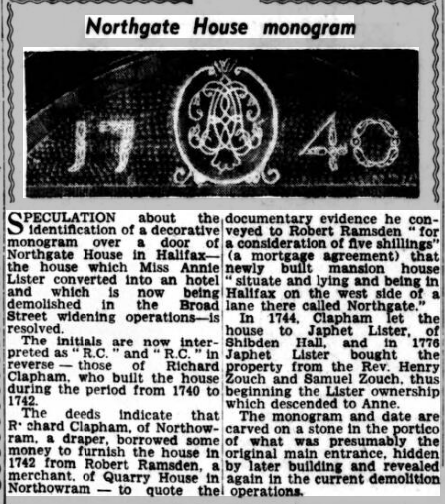 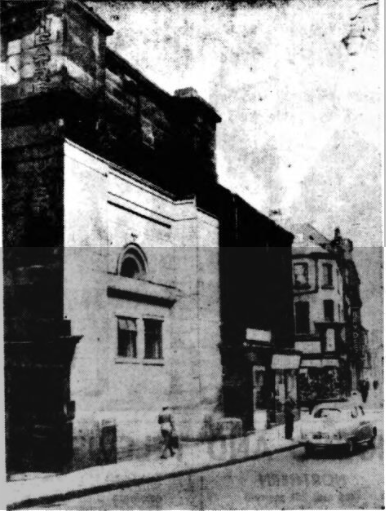 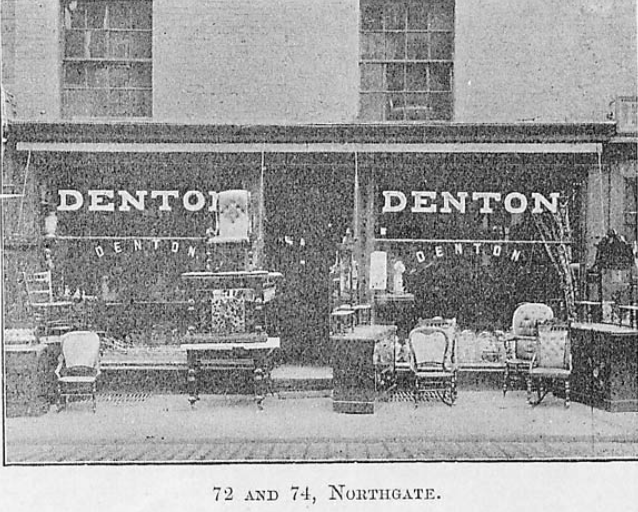 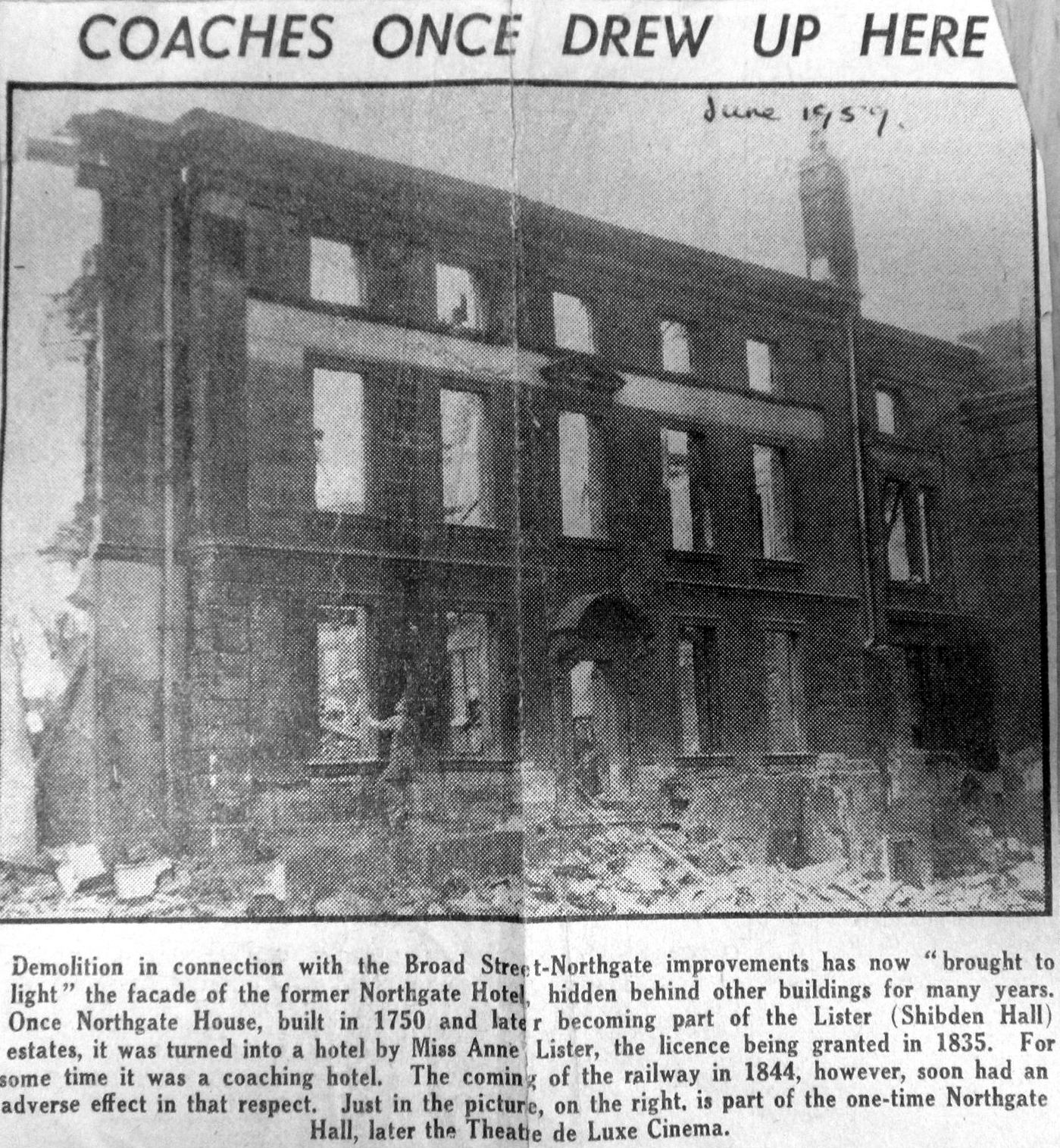 During the 19th century the building changed its role several times, at one time becoming the local Temperance Hall. Then, in March 1912, with the development of cinema, the building became the Cinema de Luxe which later, in 1914, changed its name to the Theatre de Luxe as seen in the photo here. Films continued to be shown here, to an audience of over 500 patrons, with its name changing to the Roxy de Luxe in 1934. Interestingly, the murderer, John Reginald Halliday Christie, worked there around 1919.
The cinema closed in 1938 and the building fell into disuse. Webster’s Brewery bought the building and the surrounding shops in 1940 and moved their administrative HQ there. Then, in 1959 , the whole area was demolished and, during the demolition process the Anne Lister time capsule was discovered and presented to Bankfield Museum, as seen in the second photo here.

Thanks to Evening Courier and Malcolm Bull 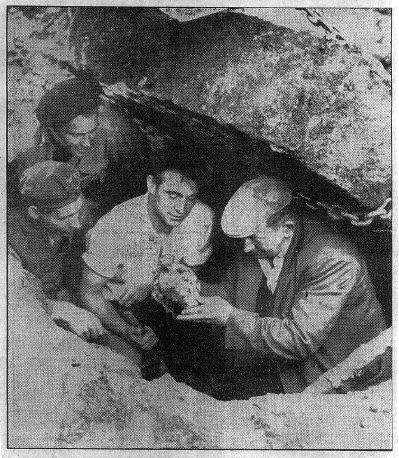 Co-incidentally, another Lister family event, took place on March 11th, this one in 1929 when a younger Anne Lister of Shibden Hall died. She was a local charity worker and had lived for many years at Shibden hall together with, but quite separately from, her brother, John Lister. He died in 1933 and that was the end of the Lister family of Shibden Hall.
In the past few months, several group members have queried exactly where the Cinema/Theatre de Luxe stood. Well I can’t remember the building personally, but from photos, I believe it was just past the junction of Broad Street and Northgate where the Broad Street Plaza now stands. In fact, in 2010, when excavations were going ahead for the development of the Broad Street Plaza, remains were found of the old Northgate Hotel Casino.
My thanks go to Malcolm Bull whose Calderdale Companion website provided much of this information and also to Peter Tuffrey for information from his book ‘West Yorkshire Cinemas and Theatres’ published by Fonthill publishing in 2013.