Wainhouse-Tower is a folly in the parish of King Cross, on the south west side of Halifax. At 275 feet (84 m), it is the tallest structure in Calderdale and the tallest folly in the world, and was erected in the four years between 1871 and 1875. The main shaft is octagonal in shape and it has a square base and 403 steps leading to the first of two viewing platforms. The tower is open to the public during bank holidays, and is a Grade II* listed building. 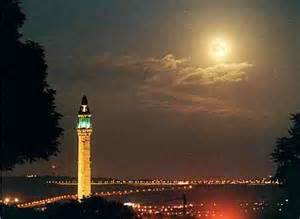 The following is an article by Peter Reeve

Another Scandal in Yorkshire! 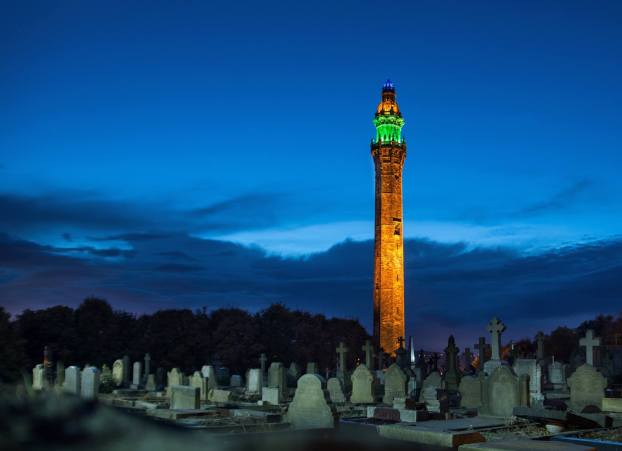 Any visitor to Halifax in West Yorkshire cannot fail to notice the Wainhouse Tower – particularly at night when it shines out from the hills at the West end of the town and points directly to ‘the Grand Lodge above’  as illustrated here in this brilliant, rather spooky,  photo taken by Christian Wilkinson.

The tower was originally intended to be a chimney for John Edward Wainhouse’s dye-works. However, before construction was finished, he sold the mill but kept the chimney to use as an observatory, adding steps inside it along with viewing galleries and the ornamental top that we see today.

For a few years before this, Wainhouse and Henry Edwards, the owner of the estate which neighboured the dye-works, had been feuding over such issues as water rights, nuisance smoke emissions, nuisance trees, blocked highways and the like. Wainhouse, who was somewhat eccentric, had published pamphlets criticising and lampooning Edwards and the two had faced each other in court several times. At one of these hearings, Wainhouse was asked if he had ever threatened or attempted to knock Henry’s brother’s teeth down his throat. “I have not” was the reply”, but I have no objection to try”! 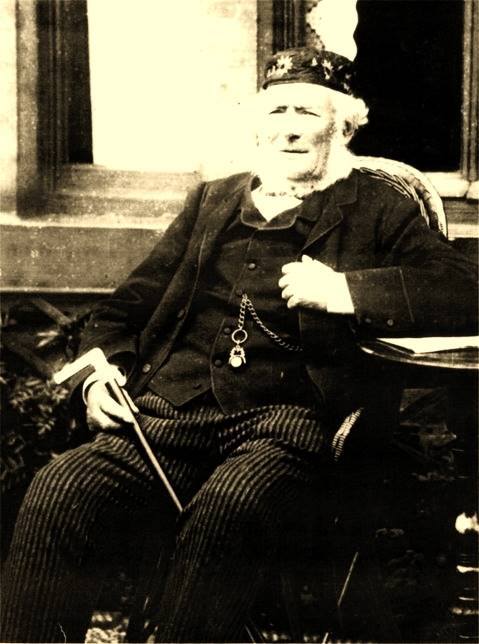 Edwards was no shrinking violet either and had boasted that he had the most private estate in Halifax, which no-one could overlook, but after the opening of Wainhouse’s viewing galleries in 1875, he could never make that boast again.

He served as the Conservative MP for Halifax from 1847 to 1852 and was elected as the MP for Beverley in 1857 where he served for several terms. During Sir Henry’s tenure, Beverley became known as a notorious ‘rotten borough’ and after the election in 1868, there were allegations of corruption against Sir Henry and the other successful Tory candidate, Edmund Kennard (who was also a member of Westminster and Keystone Lodge No. 10). The famous author, Anthony Trollope, was one of their Liberal rivals at this election.In 1869, a Government enquiry revealed corruption with at least 900 people (about half the electorate!) having received bribes. The election was pronounced null and void and Beverley was disenfranchised as a parliamentary constituency. It was said at the enquiry that, in Beverley, the price of a vote “was as well-known as the price of butter”. 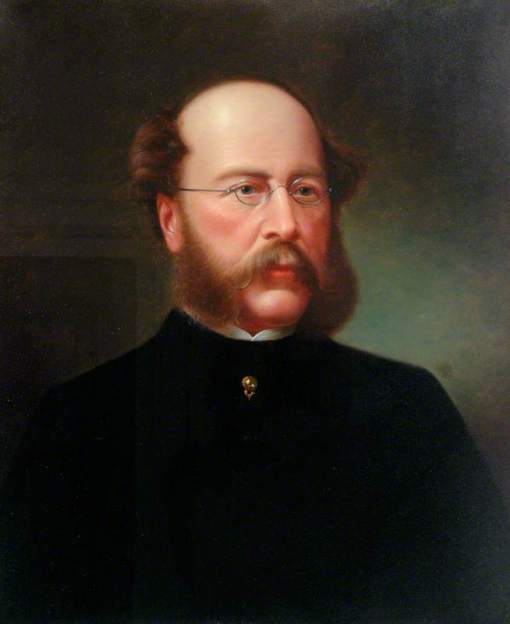 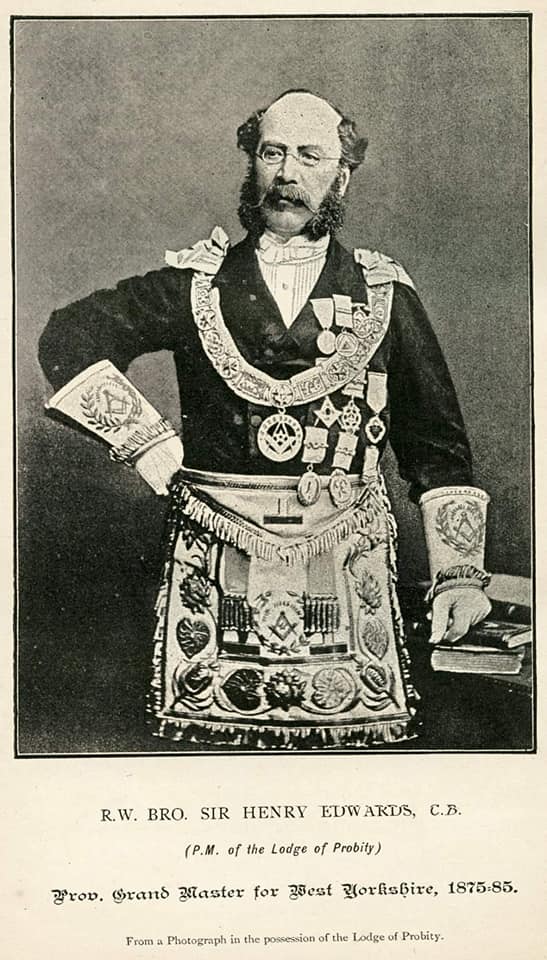 Subsequently, in 1870, Sir Henry was tried for bribery at the Yorkshire Assizes before Mr Justice Brett with the Solicitor-General appearing for the prosecution. At this trial, it was revealed that “a perfect holocaust of correspondence and documents” which had existed at the time of the initial Government enquiry had been destroyed “on the advice of a Conservative Agent”.

Although the Government enquiry had shown that bribery had secured Beverley for the Tories in all the elections since Sir Henry first stood in 1857, and verbal evidence was given at the trial that a Mr Norfolk and a Mr Cronheim, one a  business partner and the other an employee  of Sir Henry, had delivered some of the funds from which the bribes were paid, Mr Justice Brett – a Tory politician – expressed the opinion that there was insufficient evidence to show that Sir Henry – also a Tory politician – was involved. The Solicitor-General then announced that he did not propose to offer any further evidence (maybe because there was no other evidence that had escaped destruction?). Consequently, Sir Henry was found not guilty and on leaving the court was “loudly cheered by his friends”.

This was not the result of a ‘Masonic conspiracy’ – no Masons were sitting in judgement – but was there an ‘establishment conspiracy’? ……..No comment!

Five years after these events, in 1875 – the same year that Wainhouse Tower was completed to take its place in the history of the town – Sir Henry was installed as the Provincial Grand Master of The Freemasons of West Yorkshire. 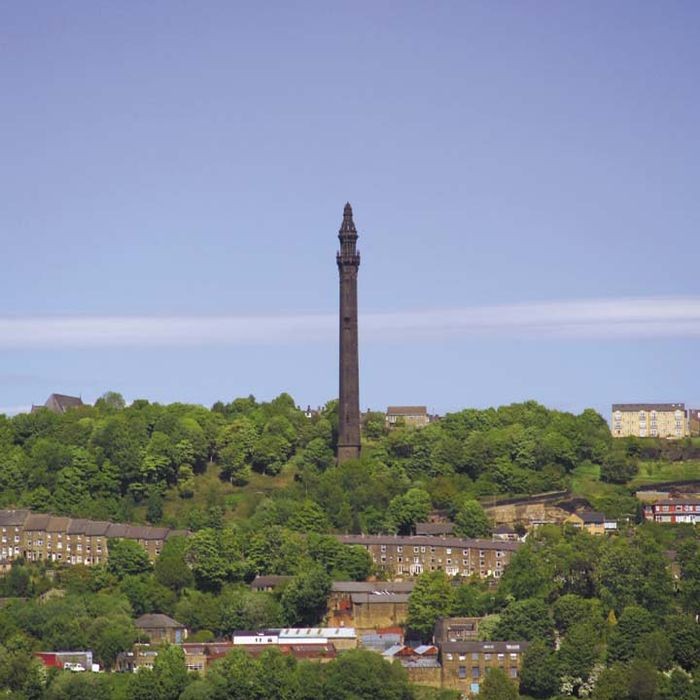 Sir Henry, an extrovert and boastful man, claimed that his private estate at Pye Nest could not be viewed from any house o the hills. Wainhouse said he would rectify this by putting an observatory at the top of his chimney.

Work commenced in 1871. In 1873, as a result of the feuding; the architect Isaac Booth decided he could no longer work for either man. This led to the appointment of Richard Swarbrick Dugdale, who redesigned the upper section of the building. The new design incorporated a corbelled and balustrade balcony, surmounted by a lantern dome and finial. 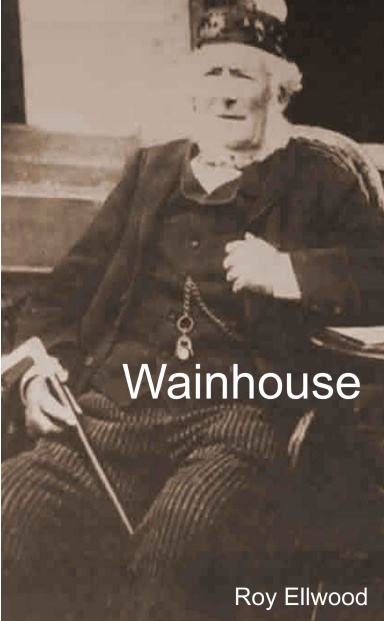 A story based upon the life story of John Edward Wainhouse of Halifax, West Yorkshire 1816-1883, builder of the landmark ‘Wainhouse Tower’.

The home of JE Wainhouse at West Air was converted into a pub and became known as 'The Royal', 'The Folly' and the 'Wainhouse Tavern'. 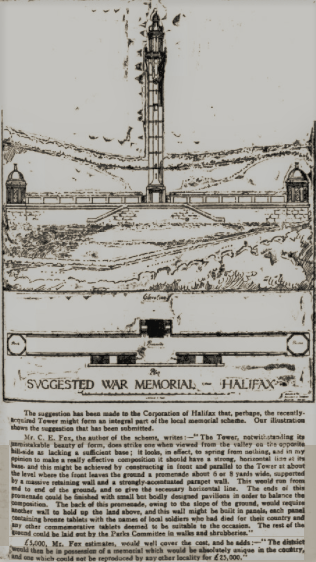 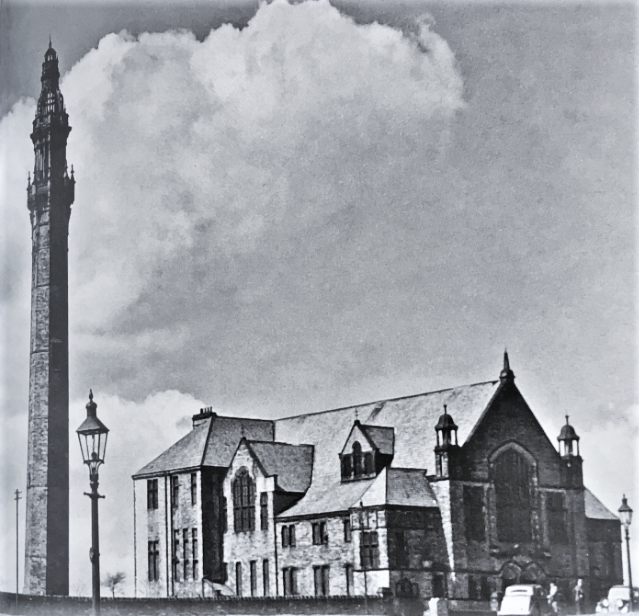 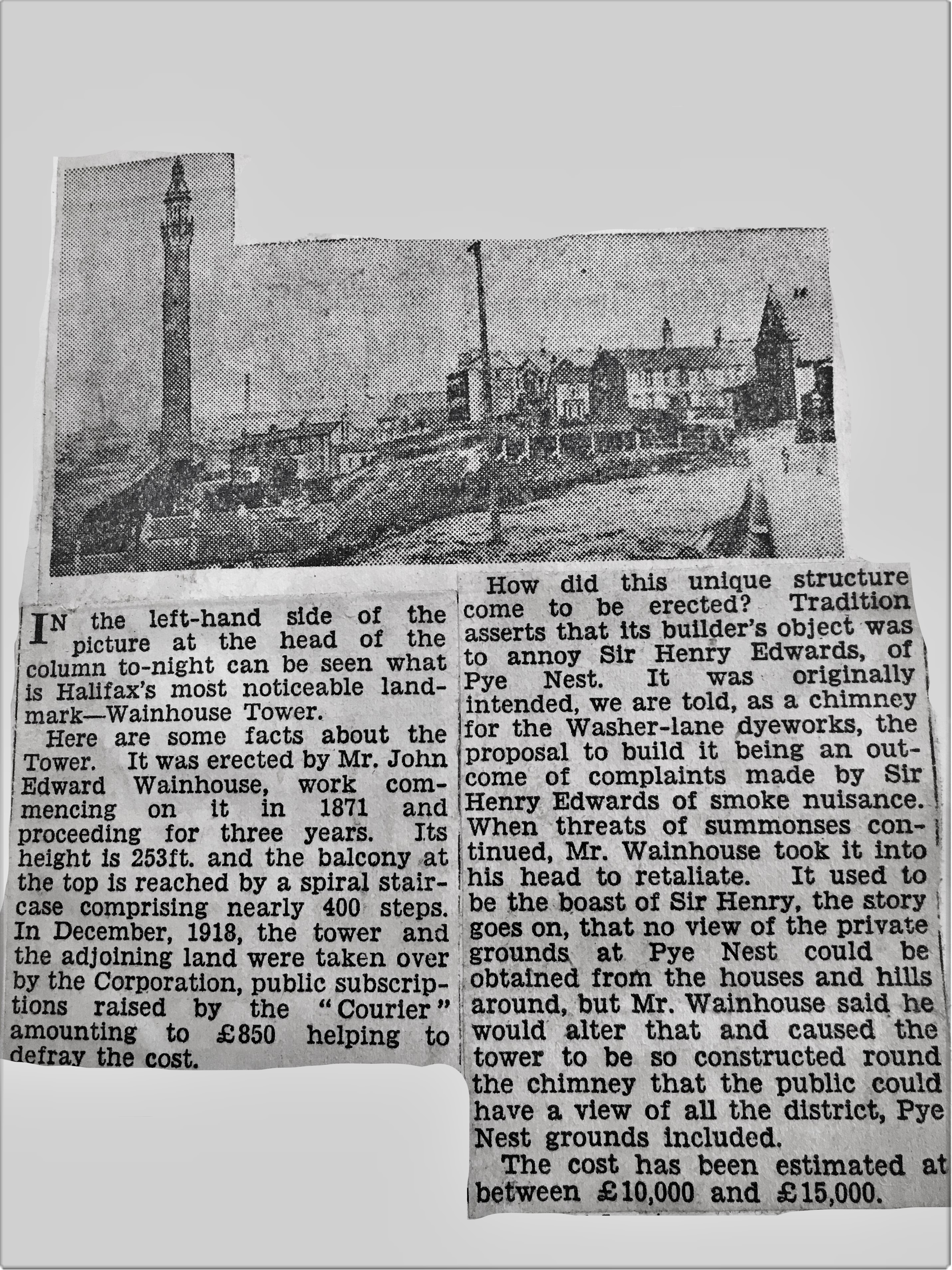 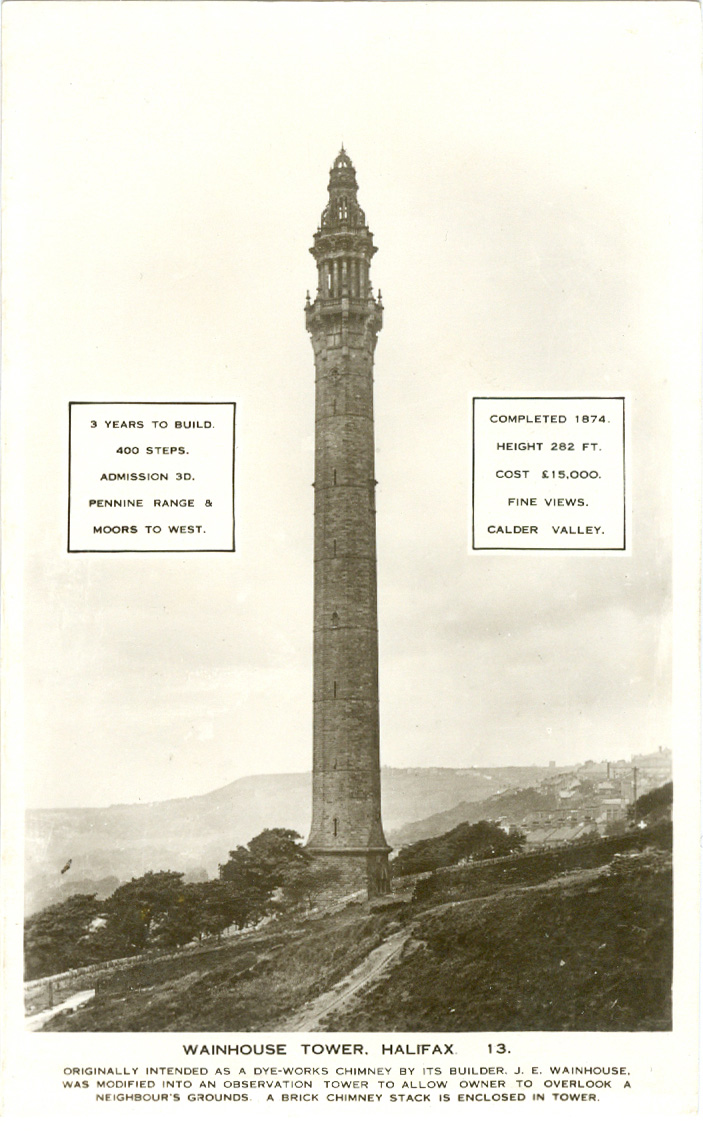 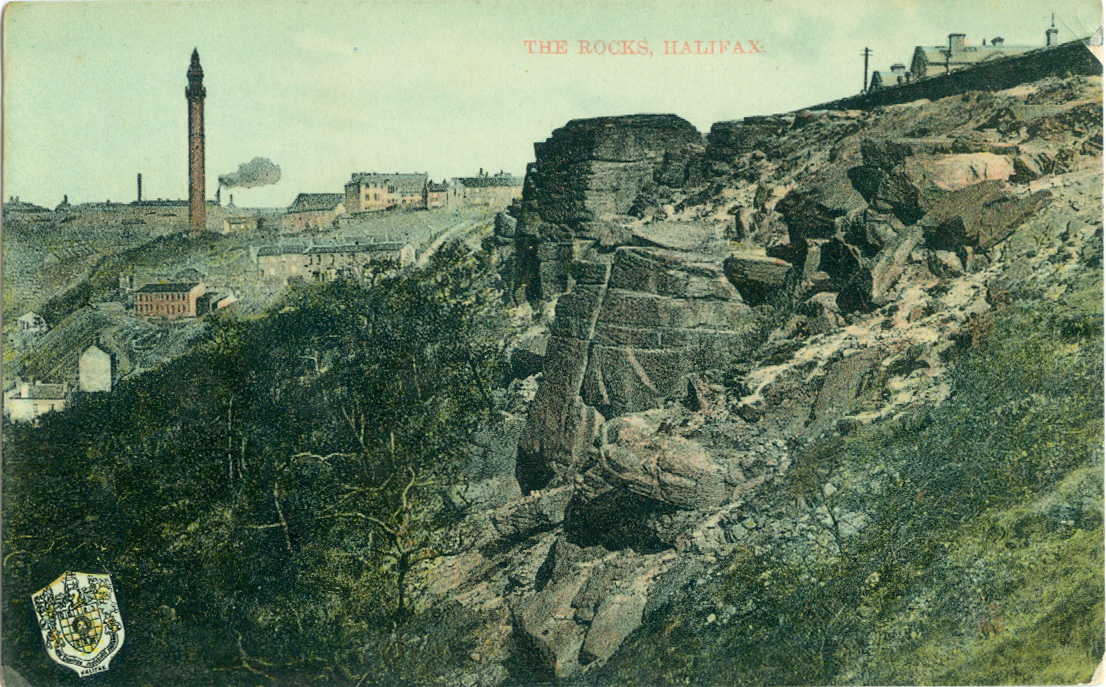 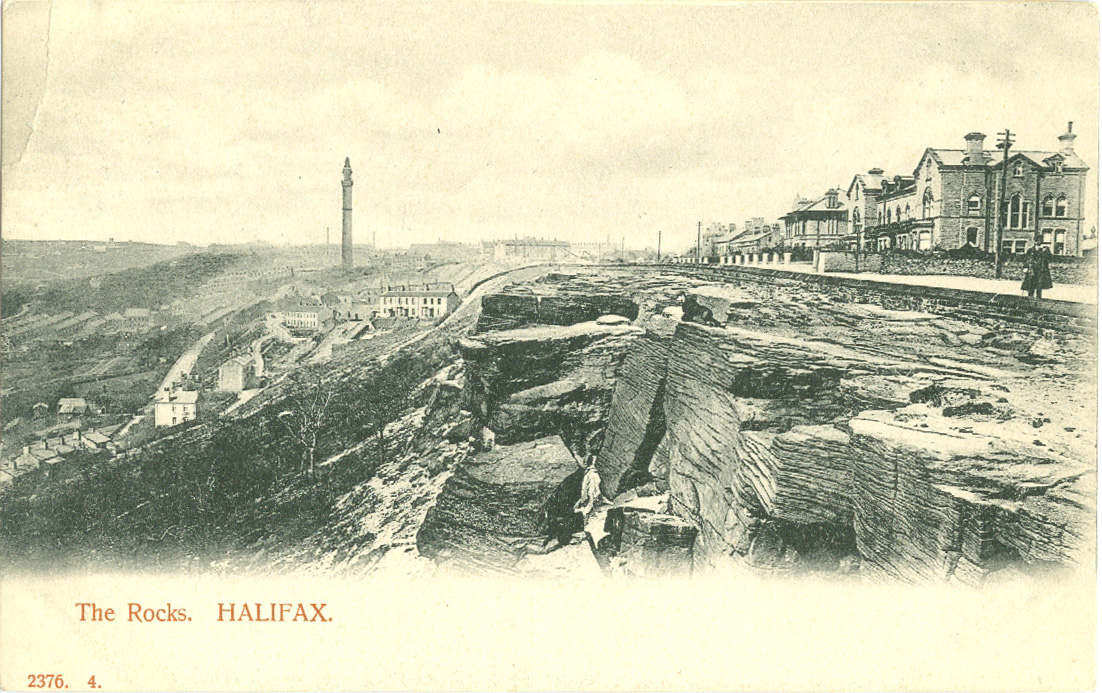 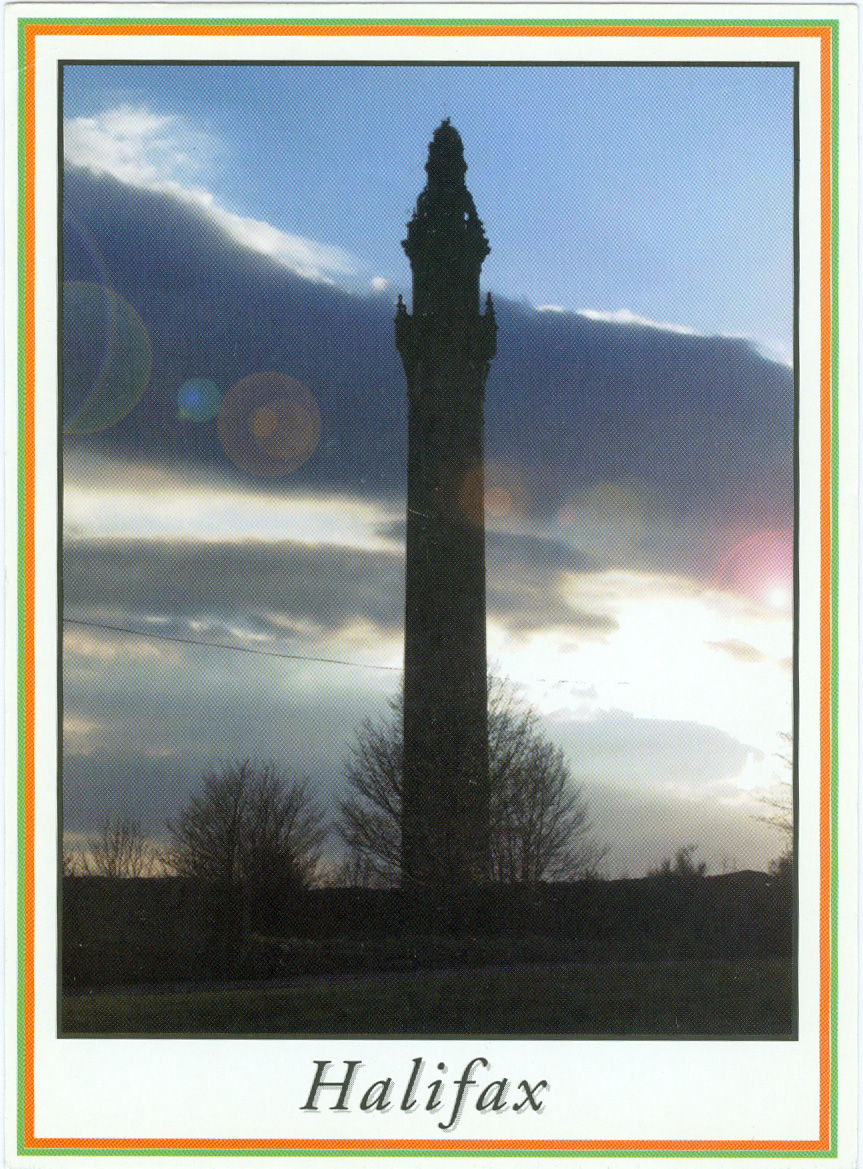