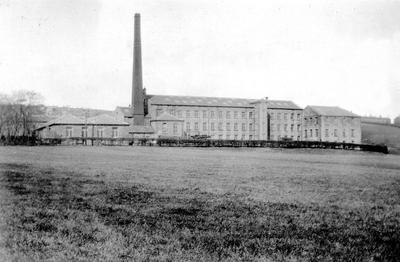 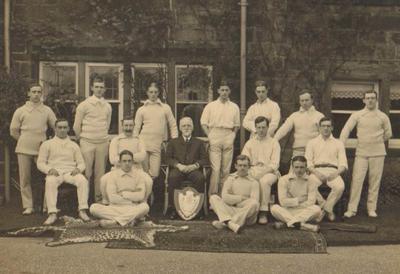 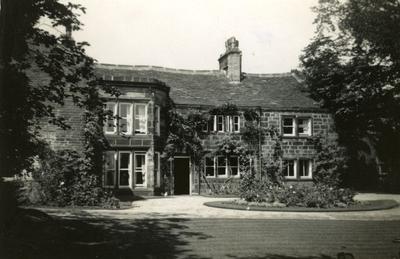 My grandmother was Gertrude Calvert and she lived at Illingworth House with four siblings and her parents Hannah (n. Aspinall) and Leonard Calvert. The family owned the large spinning mill standing on the present site of the Morrisons supermarket. My great aunt Elsie lived in the old house until she was 100 and the house was demolished for the car park soon after her death.

The Calverts had wool in their blood, starting generations earlier at Luddenden Foot with a water powered mill and then building new mills at Wainstalls under the names of J. and J. Calvert. Jonathan Calvert lived at Moorfield House until the move to a new mill at Illingworth. The family had known the Bronte's quite well. But then, everyone knew everybody for miles around.
.
They were all musical. My great aunt Mary had a lovely singing voice which was much admired and recorded in London but she chose a very quiet married life. Edward and Gertrude were both very talented pianists. (In fact their parent Calvert's formed a small orchestra of family and friends). The family also founded the Illingworth Cricket team (note the displayed Leopard skin)- I wonder where they found a level pitch?

The household kept a few cows and employed a cowman who my mother adored when she was a little child. He later doubled as a chauffeur for Edward Calvert's Vulcan car.

Like many other Halifax families they were members of the 'Cong' church. They became very modern and espoused the arts in Halifax and bicycling for ladies! Illingworth House played host to visitors from America, Russia, and China and most of them attracted to my grandmother... Just before 1914, and already strikingly white haired, she eventually married a quiet London Insurance broker...my grandfather. They had two 'London' daughters. But Gertie frequently visited the old home and my mother and myself likewise stayed at Illingworth in our time. Many weddings and parties took place and lots of photos in many albums

The Mill gradually declined in the 1960's. I remember wandering around seeing machines running under thrashing belts and the whole great stone building rocking gently in time with the steam engine. Many local women skillfully operated the huge spinning machines and hurried about on worn, oily floor boards... But the winding shed was not fully in use. The rush of white exhaust steam billowed over the big mill dam at the end of the long day. The old engine was lovingly nursed along by Tom Tillotson who lived just down the road. Yorkshire TV recorded the mill's dying days and despite efforts to interest the Science Museum the scrap men broke up the engine...the heart was gone. The last working steam powered mill had died. It had been running at a loss for years and fed by sentiment, not profit.

But in my youth I was steeped in family stories and hilarious tales of Halifax life. Nothing later ever matched the warmth, laughter and music in Illingworth House.
No doubt there were hard times for many less lucky but mostly everyone had spirit and proudly belonged to Halifax. I wonder if late night cleaners in Morrisons see or hear any ghosts?