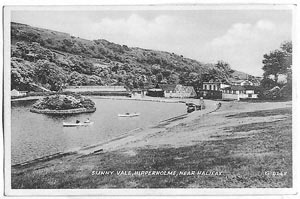 Sunny Buncers at its peak 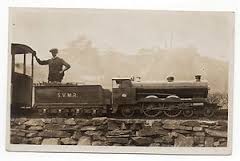 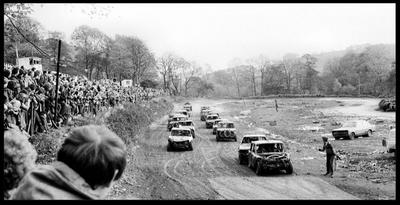 Once upon a time there was a beautiful park near Hipperholme, Halifax. Its beauty attracted locals in their many thousands and consisted of natural scenic landscapes with 2 man made boating lakes, a miniature railway, a Maze and an ice rink.

The grounds appearance was mainly down to the work of Mr Joseph Bunce, who opened the market gardens, hence Sunny Vale became popularly known as 'Sunny Bunces'

For years these were hugely popular grounds until sadly, the grounds became neglected and deteriorated badly and became the new, ugly but popular home of stock car racing, where spectators still gathered in large numbers.

Eventually, even stock car racing had had its day and the grounds were left to nature, which has, so far failed to return them to their former glory.