Early-Halifax  - A collection of stories and pictures of the early years.

Following the Norman Conquest in 1066 all the land of England was technically owned by the Crown. Under the feudal manorial system which subsequently developed, the Crown made grants of land to earls and barons who in turn granted smaller areas to knights in return for the provision of a set period of active military service in the field called ‘knight service’. 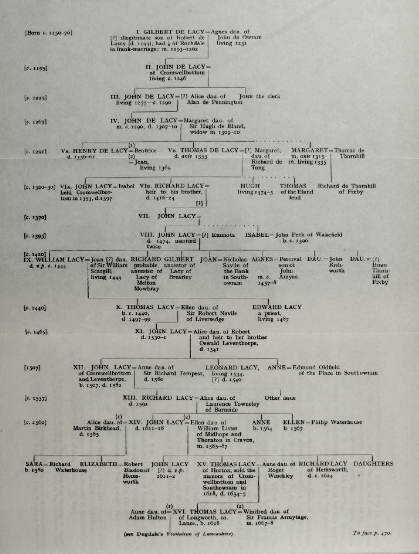 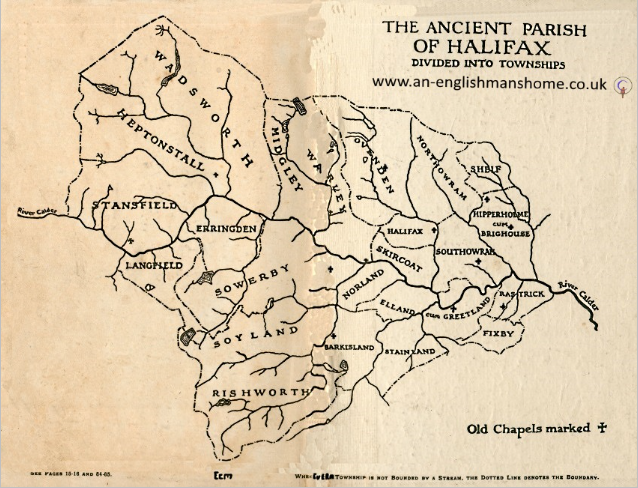 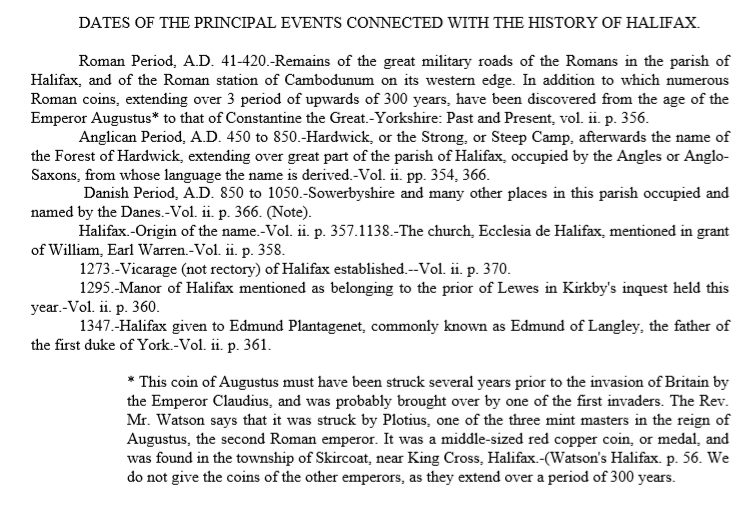 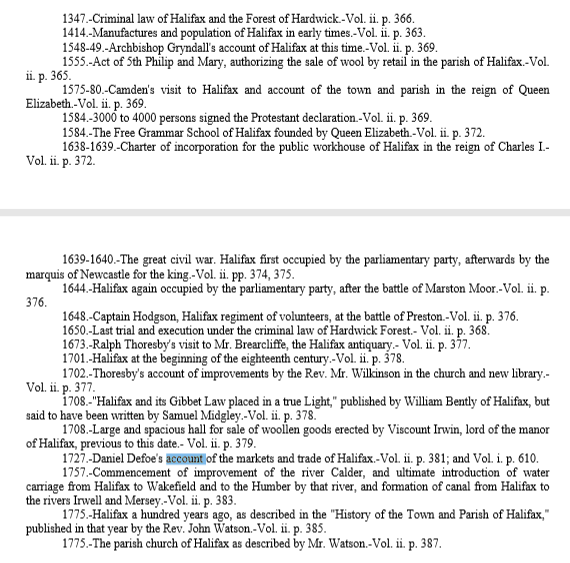 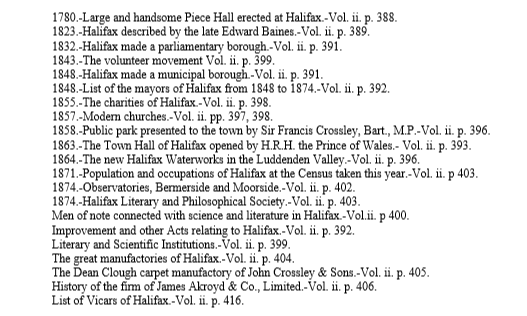 Although there were only 13 houses in Halifax in 1453, there were larger settlements in surrounding areas like Heptonstall, Ovenden, Warley, Hipperholme, Rastrick and Elland. Halifax became the central point of the area probably due to it being on the Magna Via - an ancient route from Wakefield to Halifax between Hipperholme and Halifax.

Halifax and the upper Calder valley were part of the vast Manor of Wakefield, and there was a manorial court at Halifax and a deer park at Erringden. There was a constant flow of travellers along the route, on foot and horseback. Later, as the textile trade developed, strings of packhorses used the route. 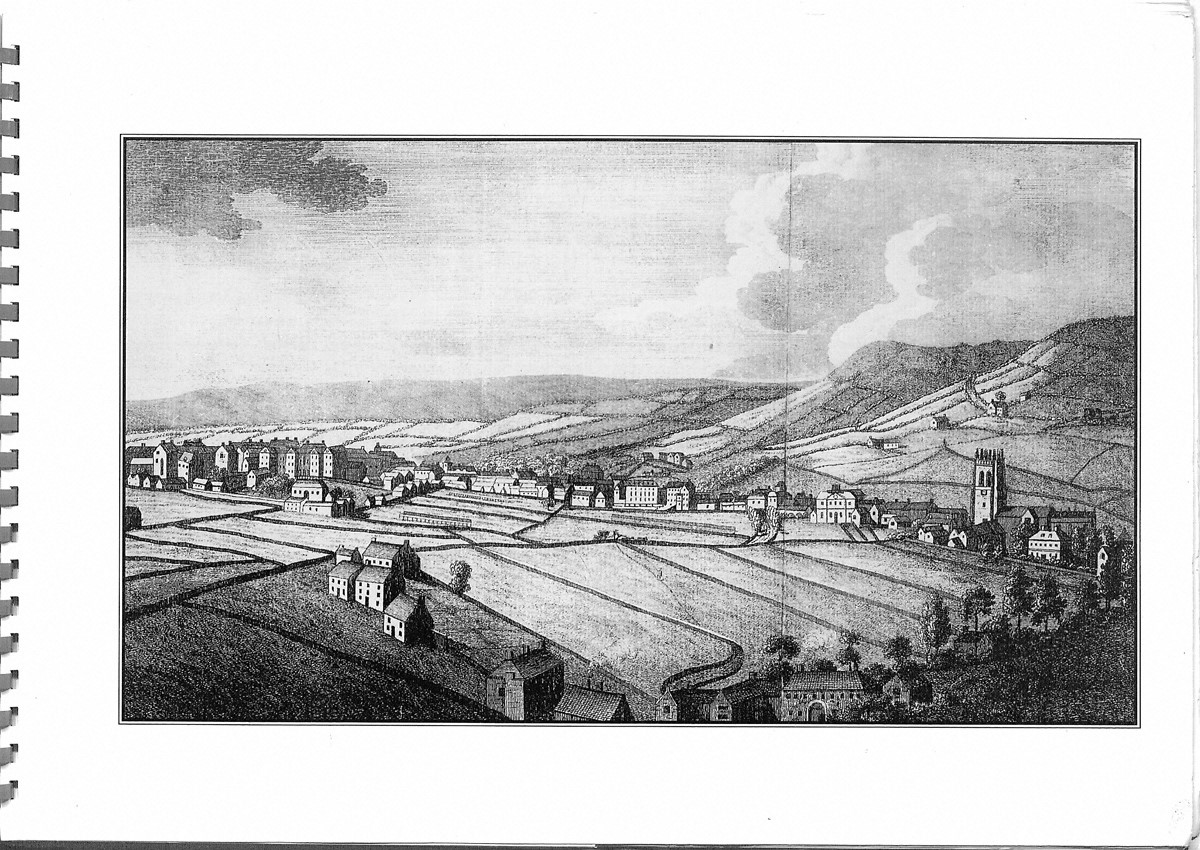 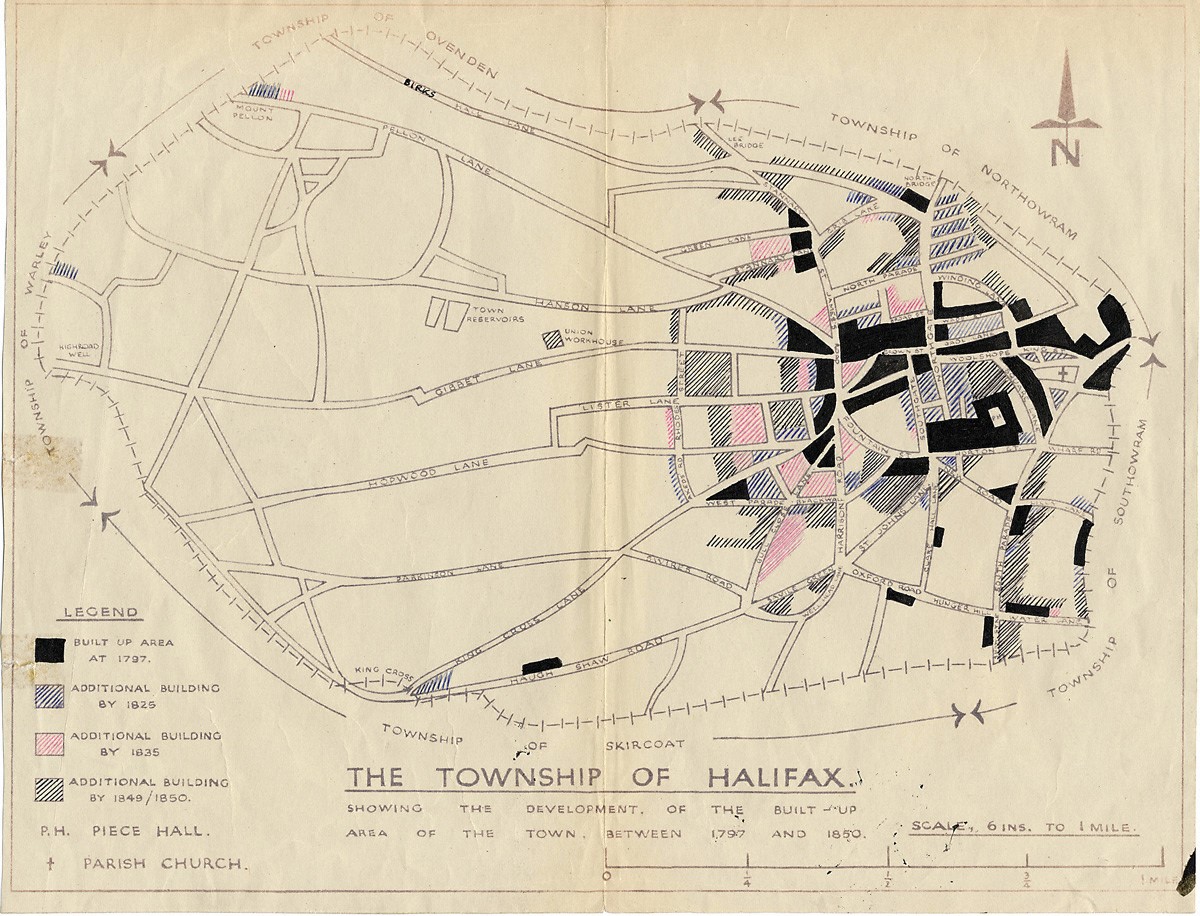 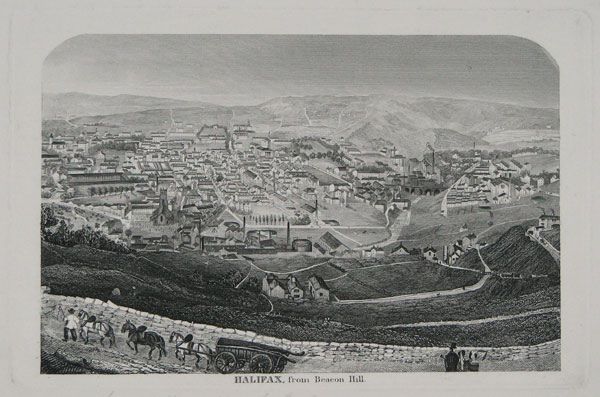 A biographical and genealogical history of Halifax Parish

A concise history of the Parish of Halifax

The history of the Town and Parish of Halifax

1106 - The manor of Halifax was granted to William de Warrene by Henry I.

1438 circa - early Parish Church was completed.

1765 - Calder and Hebble canal was finished to Salterhebble