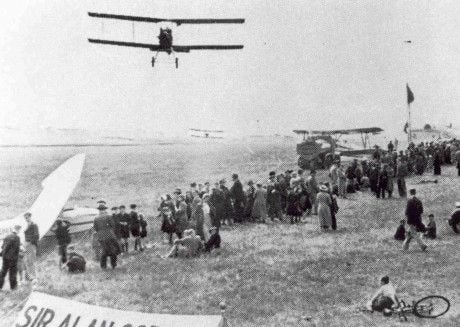 The aeroplane now leaving terminal one at Clifton Airport has an unfamiliar ring to it. Mind you announcing the aeroplane coming into land possibly at terminal one at Illingworth Airport, Halifax sounds even more unlikely. But, in the 1930s, these were just two of the sites being put forward as potential new aerodromes.

Whilst the site at Cousin Lane, Illingworth was dismissed the one at Clifton was being spoken of as a possible hub airport for five industrial towns in the West Riding: Halifax, Bradford, Brighouse, Huddersfield and Dewsbury. The idea was put forward by the then Mayor Councillor Arthur Reeve and was given some prominence following the visit, in June 1934, of Sir Alan Cobham’s Air Circus. It was estimated that 50,000 people came to watch the death defying deeds of the flyers.

I remember the late Jack Denham telling me about the days when Cobham’s Air Circus also used the fields his family owned at the back of the Sun Inn at Lightcliffe. Being the owner’s son he was given his first ride in an aeroplane and whilst everyone else was paying five shillings for that privileged he went for free. 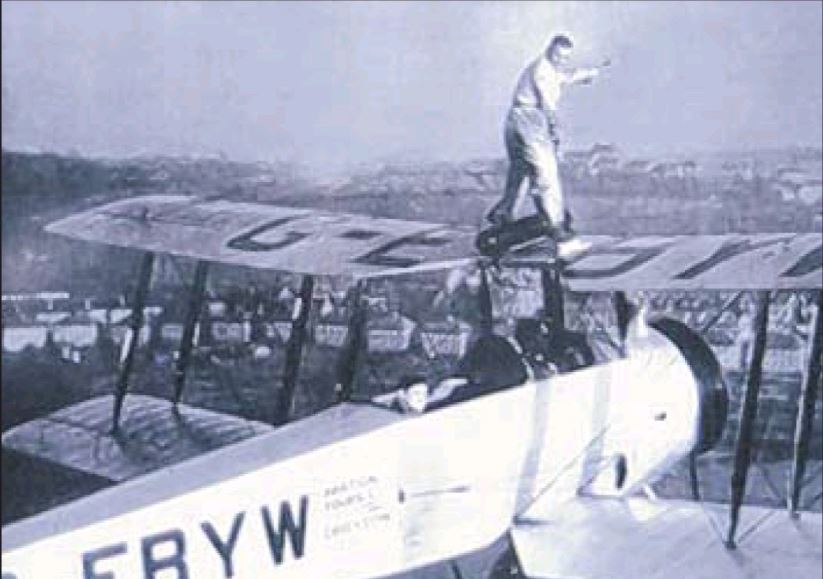 The final decision: Yeadon Aerodrome should be developed and expanded and of course many readers will have flown from Leeds Bradford Airport.

Sir Alan Cobham died in 1973 leaving a business which is now Cobham plc and a multi-million pound quoted on the stock exchange and employs over 10,000 people across five continents. It was Alan Cobham who championed the idea of refuelling aircraft in the air, and started Flight Refuelling Limited in 1934. The Company which has prospered for over 75 years is now a major international aerospace and defence engineering company. 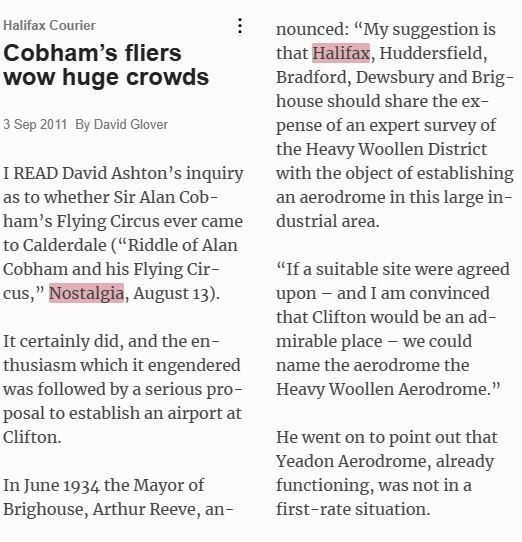 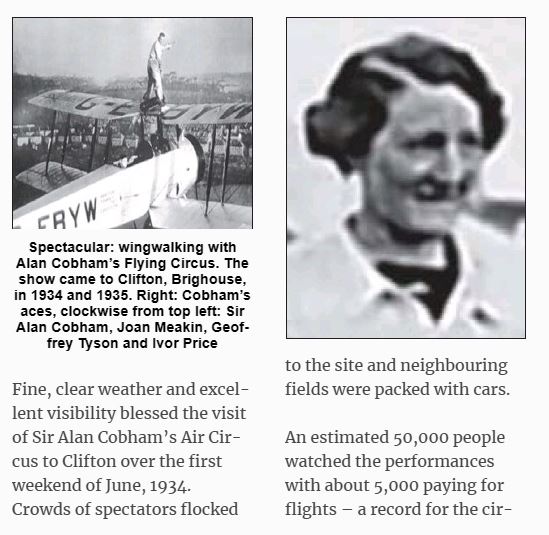 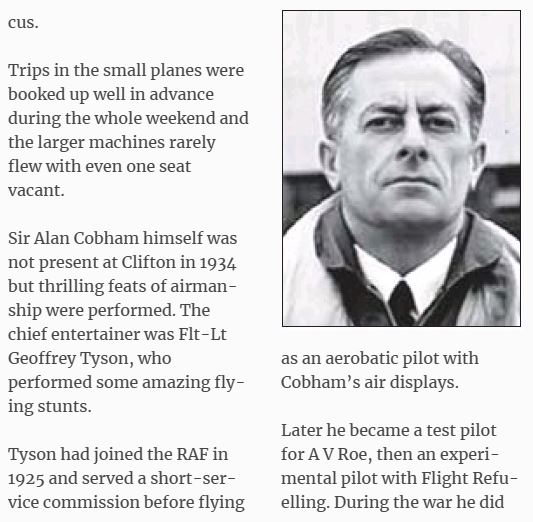 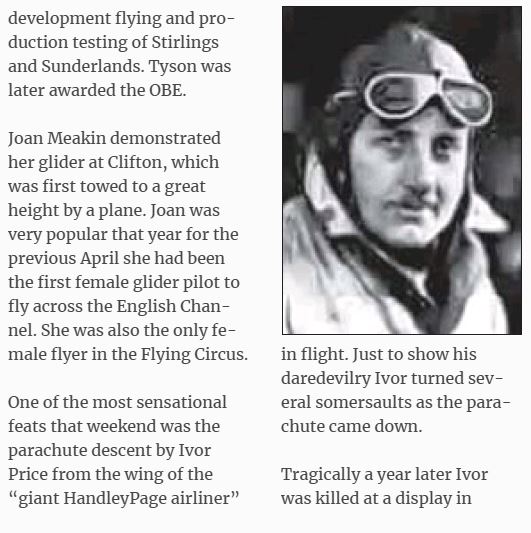 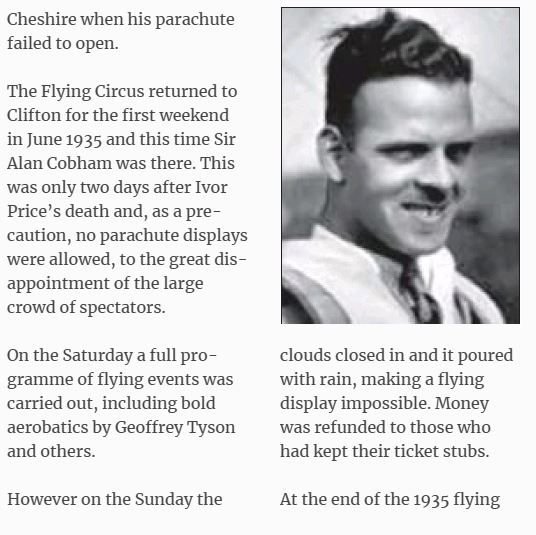 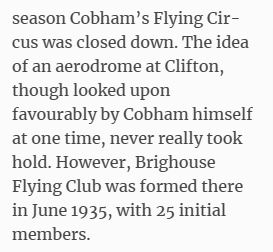 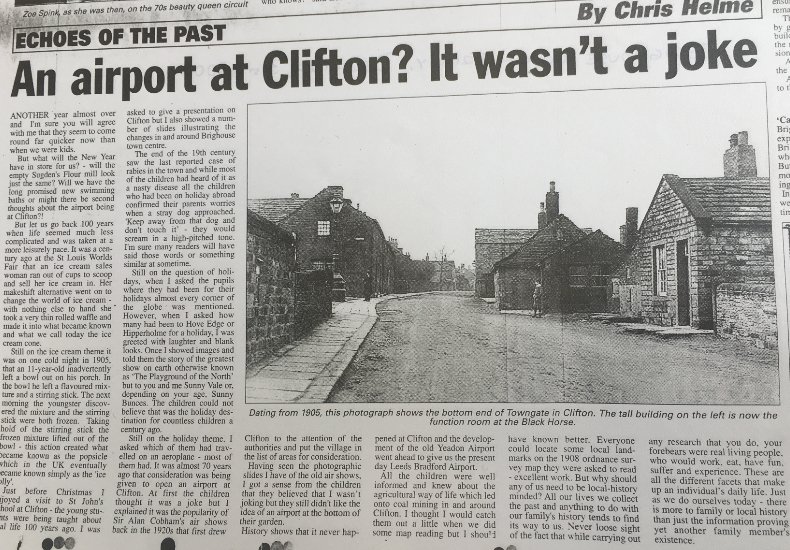