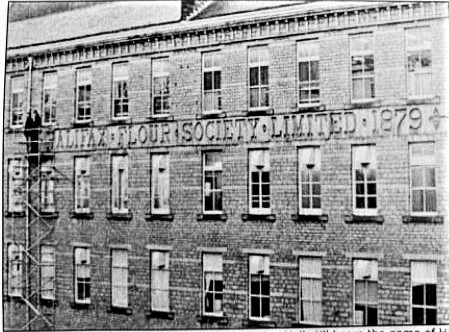 It was one of the biggest bun fights in the history of Halifax. Reports at the time called it a "monster tea party" and figures bear this out.

Appropriately, the occassion was the opening of a new mill and nobody would have gone hungry on April 7th, 1863, not if they were one of the 1,400 people who attended the opening of the Halifax Flour Society. They chomped their way through :-

15 stones of flour for bread,

The bash lasted for four hours and was held on the fourth floor where there was a dance floor. 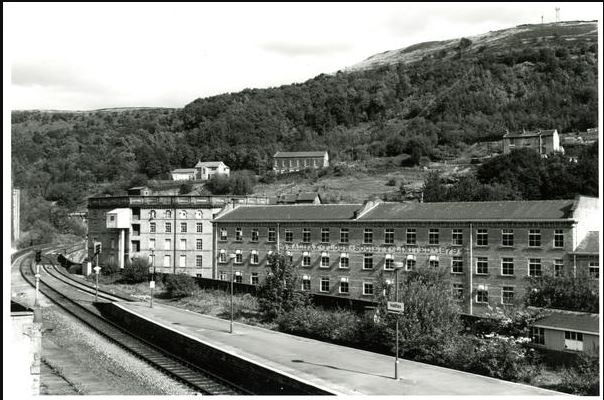 It was a celebration of a remarkable success story, for Halifax Flour Society had just built one of the country's largest power grain mills, turning out vast amounts of flour and selling it at a fair and economic price to the public.

This was an enormous contrast to the formation of the society in 1847. This was a time of economic hardship when poorer people in industrial towns could go seriously hungry.

In 1846, the Corn Laws, which levied a tariff on imported grain and therefore kept prices high, had been repealed amidst great public controversy.

But this did not immediately lead to cheaper bread for the people. Supplies and prices fluctuated wildly and millers and merchants formed cartels to keep prices high.Corn millers became hate figures in many areas, especially as they were also accused of producing adulterated flour.

The response in some towns was for co-operatives to be formed specifically to produce and sell flour to members. Halifax was one of the first towns to adopt this strategy. In May, 1847, a public meeting, attended by thousands led to subscriptions and the Halifax Flour Society was formed. 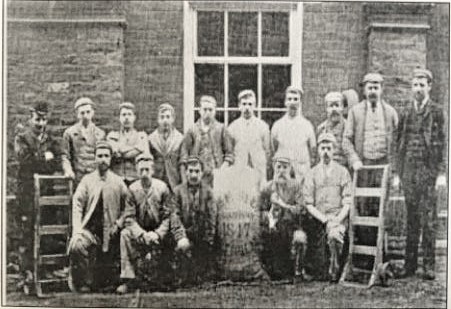 Some 2,800 people had taken up £1 shares in the venture and this would raise enough to purchase a mill from a woolen yarn spinner, John Baldwin at Bailey Hall, in the shadow of Beacon Hill.

Baldwin would continue in business in nearby Clarke Bridge Mills and his firm's story would later intertwine with that of the Halifax Flour Mill. 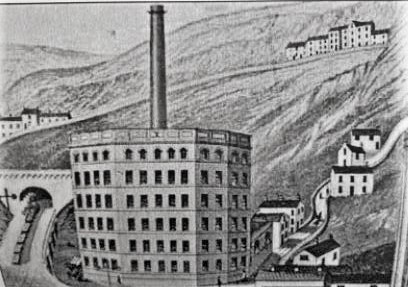 A crude but charming painting of the second Bailey Hall mill built by HAlifax Flour Society, with Beacon Hill in the background. This opened in 1863.

The first mill occupied by the society, would eventually prove too small and unsuitable, hence the fact that in 1862 it was demolished and business continued in temporary premises nearby. Work began on the new Bailey Hall Mill and the opening was commemorated.

The Bailey Hall location would turn out to be inspired, close to the railway station and also the canal basin of which the Calder Arm Navigation from Salterhebble to the heart of Halifax.

In the early years of the Flour Society it was often at odds with co-operative or industrial societies which had been springing up and offering bread and groceries to members.

The Flour Society sold its wares direct to the public through agents and resented the fact that Halifax Industrial Society was in competition with flour in its network of stores.

However, harmony was restored and gradually local co-operative societies became members of the Flour Society.

The stage was set for the construction of a third mill at Bailey Hall, the structure that can still be seen today.

The rest of the Bailey Hall estate had come on the market. Flour Society directors bought it for £21,000, and in 1879 work was started on building a five storey mill, opened in 1880..... with another big tea party.

The new mill was very modern and very productive. It was capable of turning out 32 packs of flour an hour and a pack was reckoned sufficient to produce a years bread for one person. It was estimated that every week the new mill would produce enough bread for 4,000 people a year. 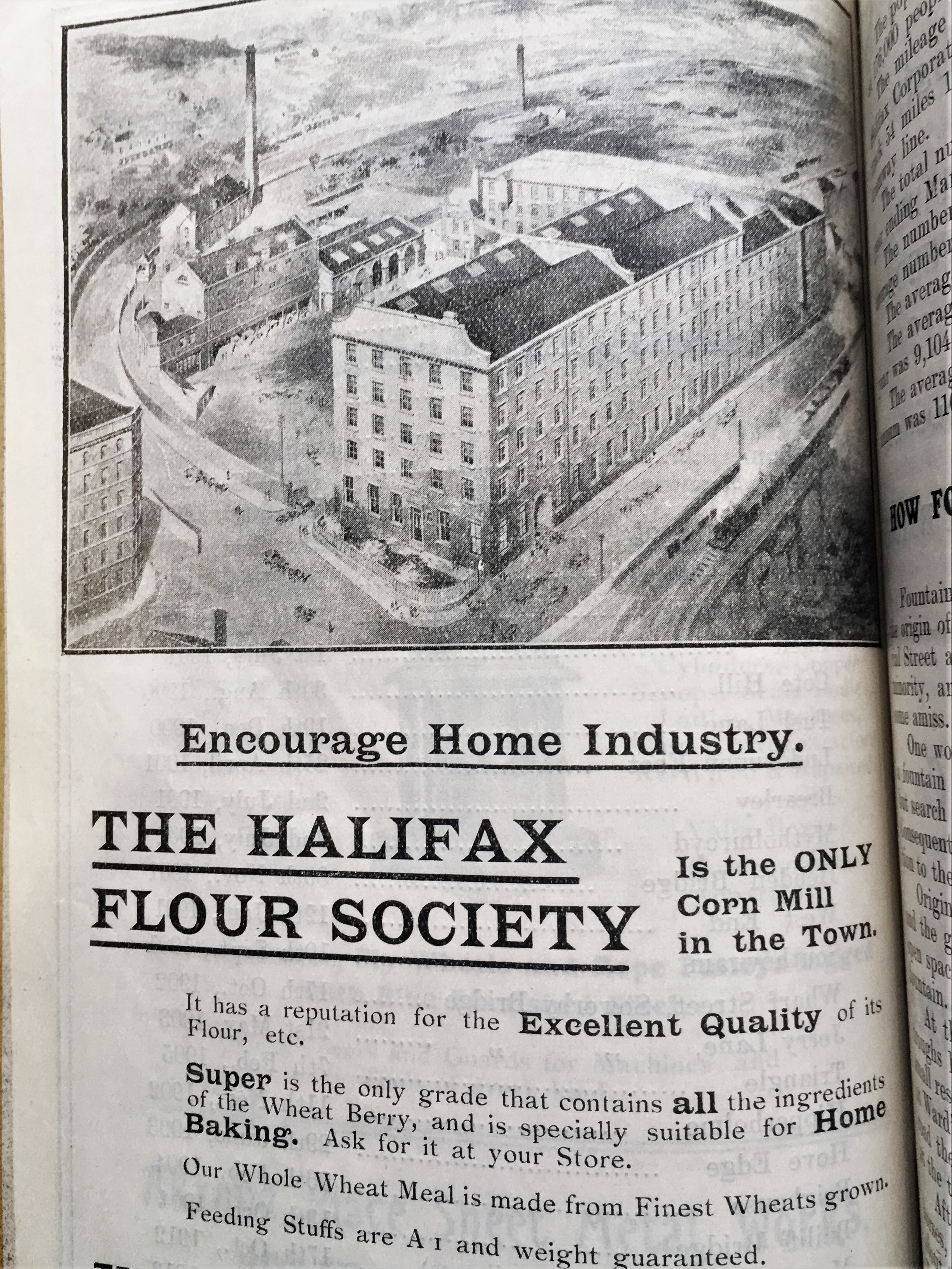 The last quarter of the 19th century brought problems for the Flour Society. There were financial shortfalls, a massive fire and secretary, Hargreaves Jackson was jailed for fraud (something other local co-ops would be prone to in the years to come).

But the Flour Society recovered from these setbacks and remained in business until 1916 when it was sold off to the Manchester Wholesale Society, which promptly ended production at Bailey Hall after almost 70 years.

The mill was sold to the textile firm of Paton and Baldwin - successor to the company which had originally sold Bailey Hall to them in 1847.