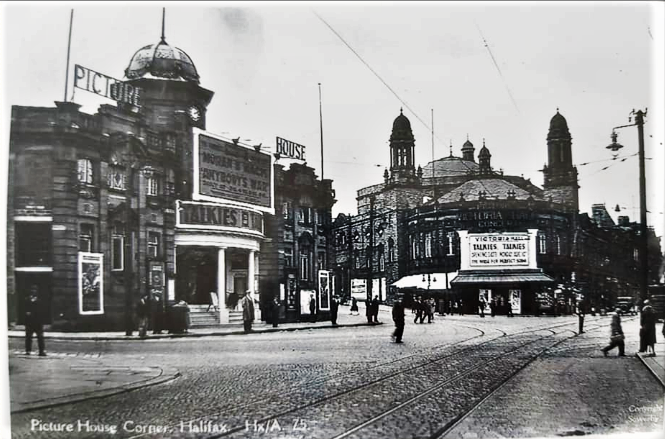 The Picture House on Halifax’s popular Wards End opened on 20th October 1913. It was built for Provincial Cinematograph Theatres(PCT) but was quickly taken over by Associated Provincial Picture Houses(APPH), a division of Gaumont British Theatres.

A fire in 1947 kept it closed for nearly a year and on re-opening it was called the Gaumont. The Gaumont was closed by the Rank Organisation in 1960 screening Anthony Perkins in “Psycho”, and the building remained unused for several years before re-opening as a Top Rank Bingo Club. It was sold to Hutchinson Leisure in 1973, becoming a Surewin Bingo Club. Later Hutchinson Leisure created two small cinemas of 200 seats Astra 1 & 2 in the former balcony, whilst continuing with bingo on the ground floor. These closed on 5th June 1982.

A few years later the entire building was transformed into a nightclub, known as the Coliseum, apparently losing most of the cinema interior in the process. In 2011 it operates as a nightclub known as Liquid.

The former Picture House is a Grade II Listed building.

Thanks to Ian Grundy