Old-Cock-Hotel-Halifax is a Grade II listed building that stands in the middle of town and is the place where Halifax Building Society was formed. Nowadays the place to be to catch live bands. 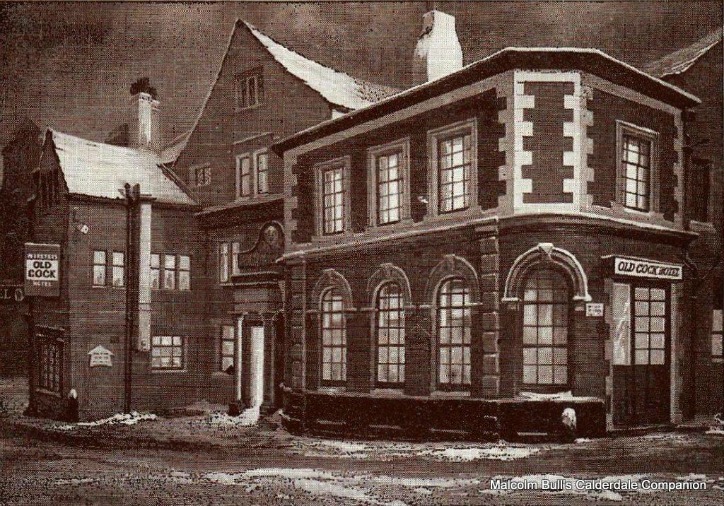 Around 1580, the building was a town-house built by William Saville of Copley following his marriage to Isabel Lacey in 1575 and it first became an inn in 1688. In 1768, an upper room was home to Halifax Circulating Library but was moved in 1818 next to the Theatre Royale, Wards End.

It's written that the Hotel's Yards were used as a theatre on occasion before the structure of a purpose built theatre at Wards End. 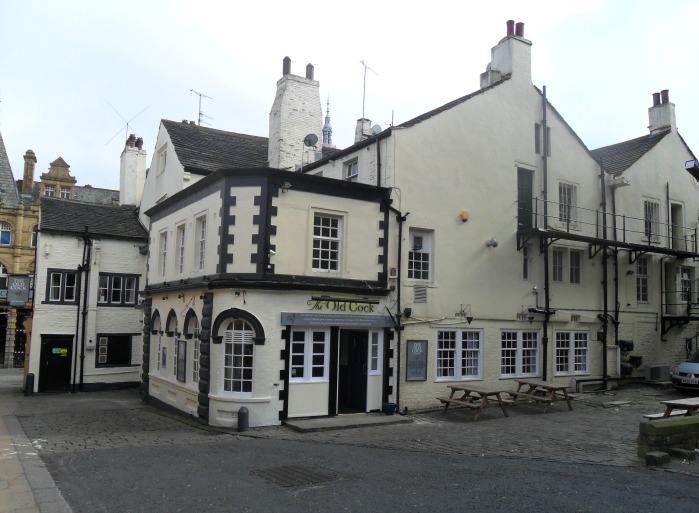 In the mid-18th century, there was a theatre here and there was a warehouse at the rear for visitors trading at the Piece Hall.

This was also where the infamous Crag Vale Coiners often met to plot their scheming. It's also where their leader 'King'David Hartley was arrested in 1769 before being jailed, tried and hanged in Tyburn, York in 1770. Three other coiners were also hanged.

In this pub, David Hartley - the King of the Yorkshire Coiners was finally arrested in October 1769.

While the pub was then a meeting point for the innovative financiers who cocked a snook at society and the government, it also played host to the birth of an entirely different kind of financial institution. In 1852, a small group of men gathered there to set up an investment and loan society for the benefit of local working people. Members with spare cash could invest it with the society while others could borrow, using the funds to buy or build a house. Those lending would be paid interest by those borrowing. Such arrangements became increasingly commonplace in the 19th century, and in this case the society so formed became the Halifax Permanent Benefit Building Society later that year.

Arguably, by 2010, the noble and simple aim for self-sufficiency expressed in the creation of the Halifax had become subsumed by greed and a rapacious cost to the state every bit as vast and insidious as that carried out by the Cragg Vale Coiners themselves. 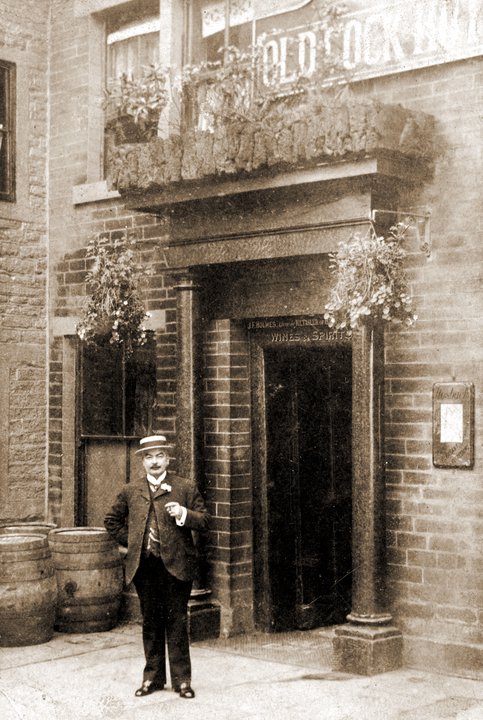 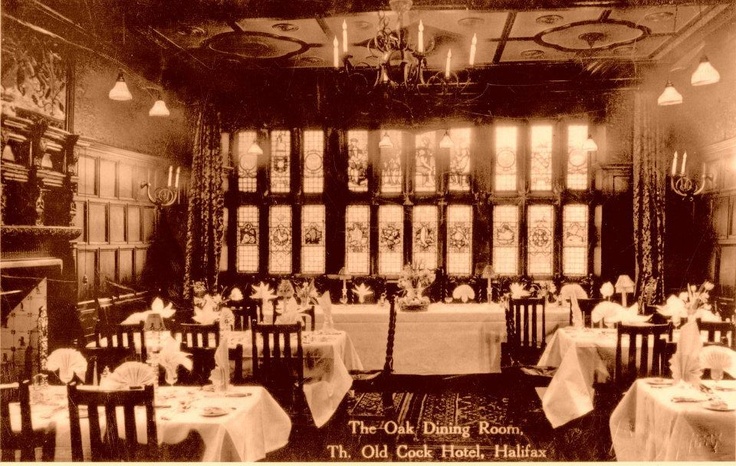 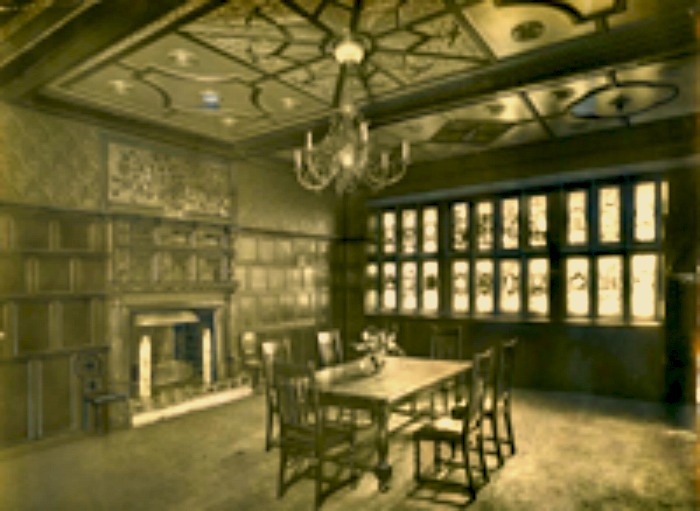 The Oak Room with its Elizabethan carved and inlaid oak fireplace dated 1581, the room is lit by a large mullioned and transomed window infilled with stained glass panels. 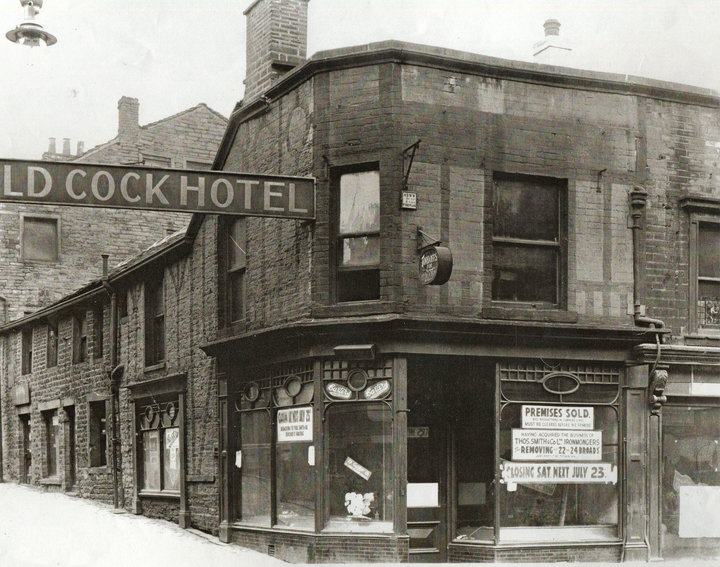 An early sign for the Old Cock which was up to the left of this picture. The area seen here is where the Wilkinsons store stands now.

Return to Home Page from Old-Cock-Hotel-Halifax