Three and A Half Men Band (UK)

by Three and A Half Men
(Halifax, West Yorkshire (UK() 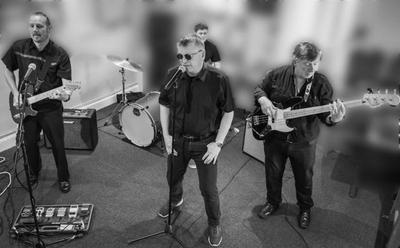 Three and A Half Men

Three and A Half Men are a Rock and Pop party band from Halifax, West Yorkshire (UK). Formed in 2011, the band performs pub gigs, weddings, anniversary parties, charity events, leaving parties, birthday parties and so on.
Three and A Half Men perform a variety of classic songs: rock and roll, classic rock, punk, dance and more.

The band’s rock repertoire ranges from the music of the 60s to that of the modern day with popular songs everyone will know and enjoy. If you can’t sing or dance along to the songs, we won’t play them.

If you would like to book Three and A Half Men for a gig please call:

Join in and write your own page! It's easy to do. How? Simply click here to return to Southowram Stories.