Halifax Memories 22 - It's a Dirty Job

In the grimy years of Halifax's heavy industrial heyday, these men (and a boy) strove to keep the town clean. The picture below shows a horse-drawn corporation dustcart, pictured in about 1893 in Hall Street at it's junction with Gibbet Street. This was the location of the offices of Halifax Corporation Cleaning Depot which were built in 1890.

Hall Street premises were used for the stabling of the department's horses and the storage of it's dustcarts and remained there for several years, although in 1910 a new refuse disposal centre was opened at Charlestown.

The Hall Street and Gibbet Street areas were the nerve centre for a number of local authority and government services until well into the 20th century. 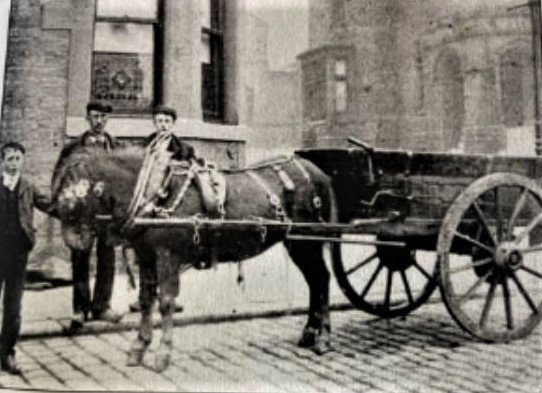 The first Halifax Corporation Fire Station was on Gibbet Street as were the Corporation Water Works , while Hall Street also housed Halifax Mortuary. This meant that coroner's courts were held there until they eventually moved to Harrison Road. 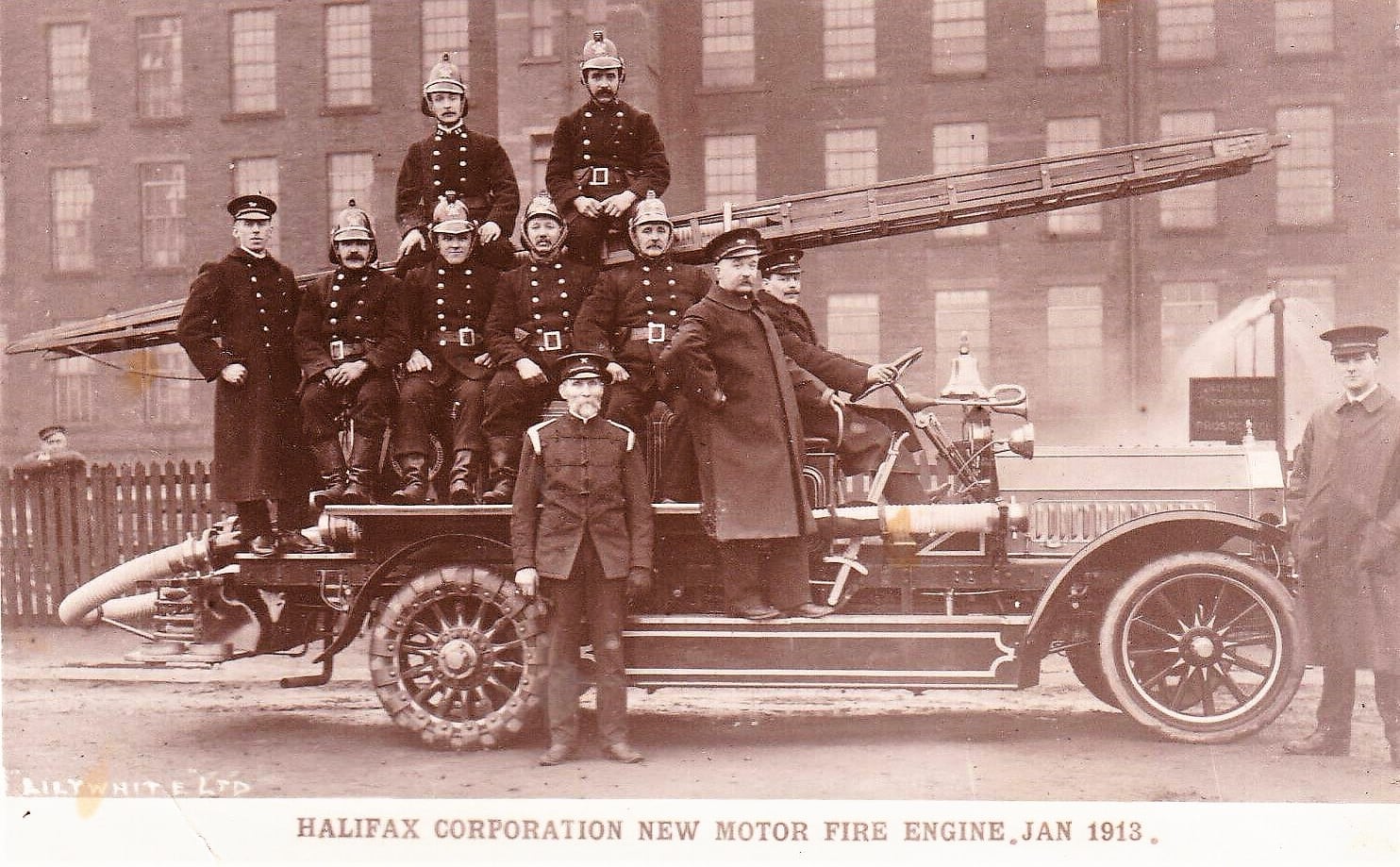 Dustmen needed somewhere to stake their thirst and their local was the Corporation Arms, which was at No.46 Gibbet Street and can just be seen in the background of the top photo. This pub got it's name because it was actually built by Halifax Corporation in 1856.

The Corporation Arms closed in 1969 and was demolished soon after, along with the old fire station. 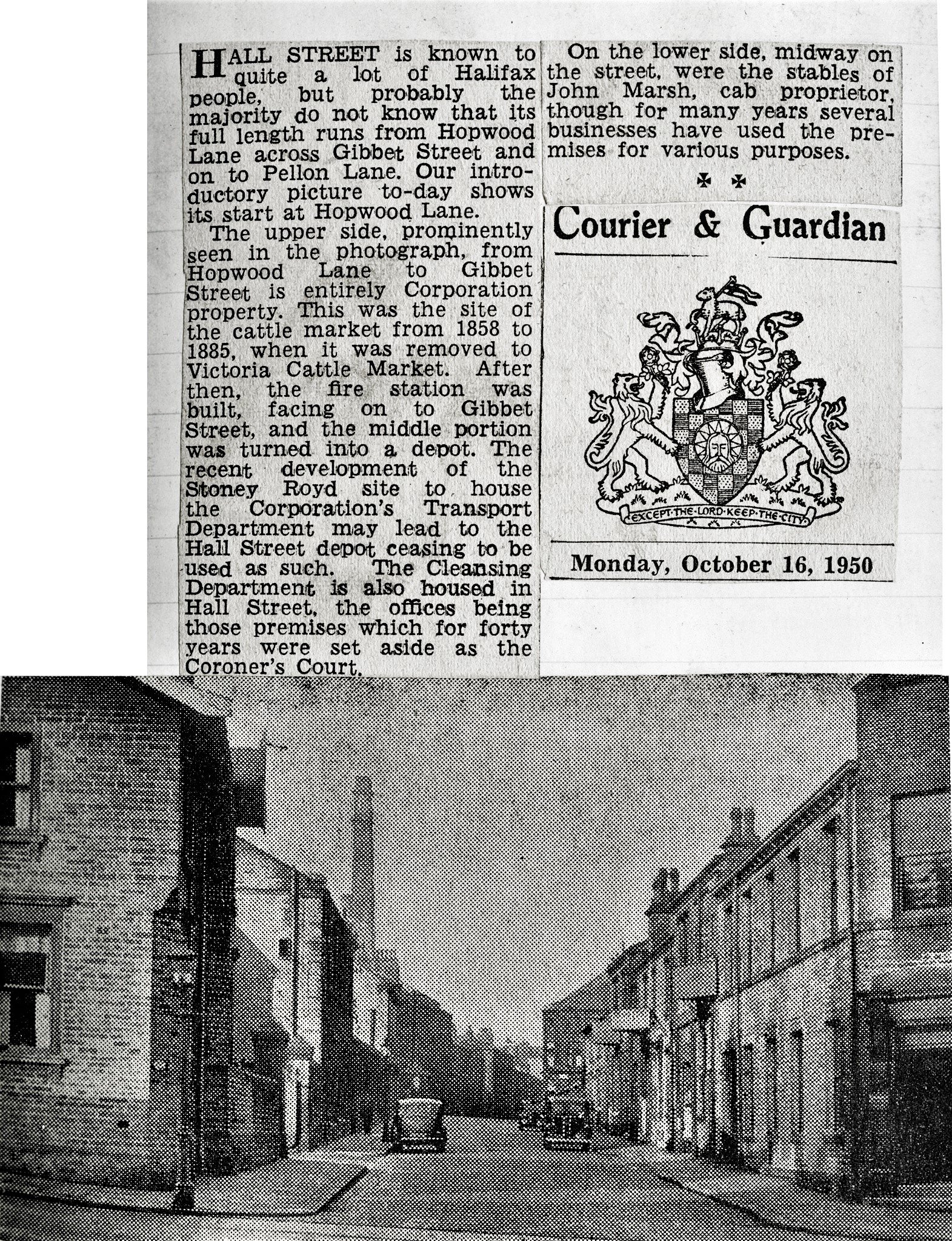 Halifax continued to use horse drawn dustcarts into the 20th century and for a time they worked along side motorised vehicles. In 1934 the corporation was to be a major innovator in the field of refuse disposal when it's ingenious Director of Public Cleaning invented the "dustless dust cart", the first vehicle of its sort anywhere in the world, which enabled dustbins to be emptied without spilling any of its dust or debris.

Back in 1893, they were still dependant on elbow grease and horsepower..... 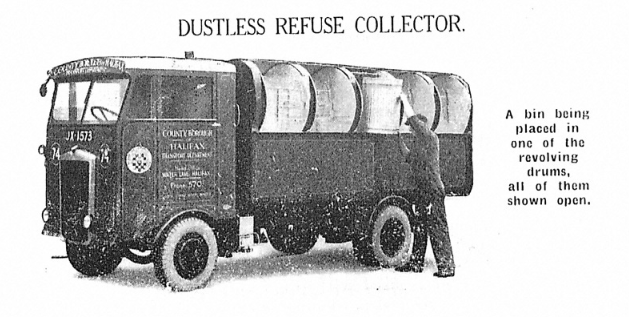 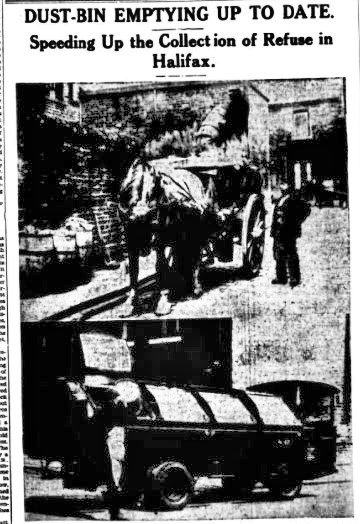