Was Halifax ever a Spa town?

It was long known that health giving springs were to be found in the area.

The two most popular were in the most unlikely places. One was established at Horley Green on the Claremount side of Halifax, on land owned by a Mr. J.Drake Esq. a man of some wealth who built a pump house and a small bathing pool in a tasteful little building on his land at Horley Green in 1791.

It was found the water contained green vitiol with small amounts of  Gypsum and other mineral salts. It was said the water, when taken fresh, was quite palatable but if taken after an interval was rather unpleasant.

It proved a very popular place where people attended to drink and bathe in the healthy waters. May Day Sunday was named Spa Sunday in the area when thousands of people attended and were able to relax in the pleasant gardens and enjoy tea and refreshments. It slowly fell into disuse in the mid 19th century although the Pump House still remained a listed building. 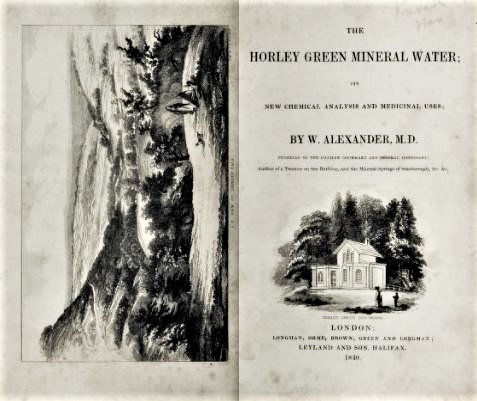 It is perhaps difficult to imagine at the present time that the valley of the Hebble Brook from the Parish Church to Salterhebble was a rural idyll with fields and woods and the brook.

Most of west side lands comprised the estates of Bailey Hall, Hope Hall, Well Head, The Shay and Stoney Royd Hall, and were therefore unspoilt and well managed. This was, of course, before the coming of the railway.

The area known as Waterside, recently in the ownership of Nestle (ex Mackintoshes) was also a fashionable watering place in the 18th century.

Here would be found pleasant lawns, a bowling green and croquet area and a bathing pool. This was also with a spa complete with hot and cold baths, restaurant and all the amenities to cure the over indilgences of those able to afford it. 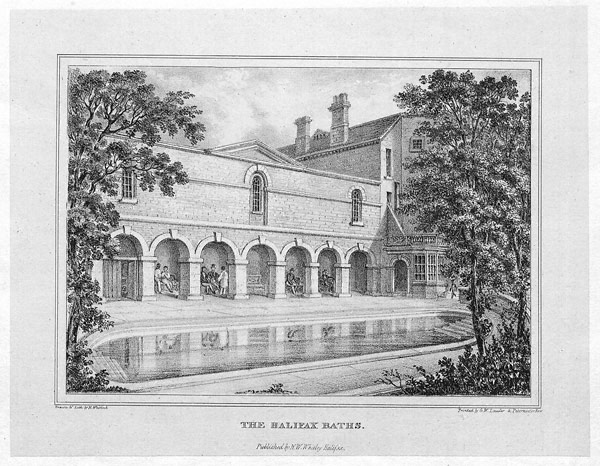 Unfortunately, this spa too fell into decline in the mid 19th century and closed down. Thenceforth, the whole valley was transformed by the coming of the railway, first to Shaw Syke and then to the present Halifax station in 1850 and thence to Bradford and Leeds. Huge retaining walls, viaducts and bridges were constructed which totally transformed the peaceful valley into a hive of industry. Further spoilation occurred with the construction of large mills and factories, the legacy we now have.

Remains of the brick entrance to the bath site were left as part of Mackintoshes until a few years ago. A pleasant river side walk remains and is preserved and the site of Albion Mills is now a pleasant green sward. 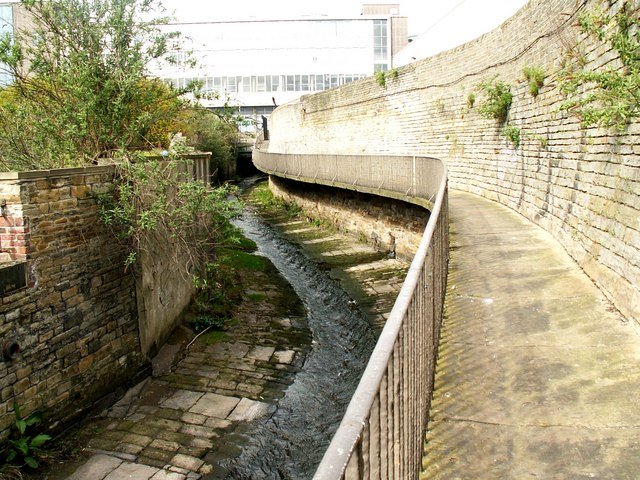 Lilly Lane, which used to lead down to the site, still remains. It starts at the bottom of New Road and used to descend steeply to Waterside. With the construction by the railway of the large goods yard, the company had to retain the 'right of way' by constrcting the iron bridge now above the Eureka museum site. The lower half still remains to Lilly Bridge, although hidden behind a stone retaining wall.

Anyone desiring to visit the site should descend the steps at the end of the bridge where the old road remains. It is worth a visit just to see how things have changed and to see that old part of town.