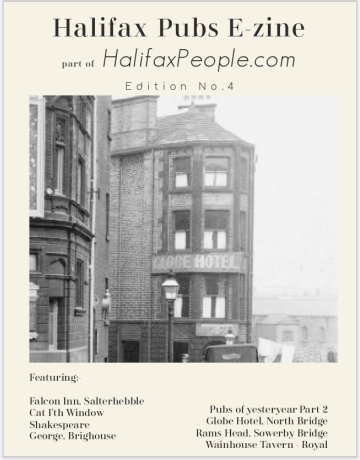 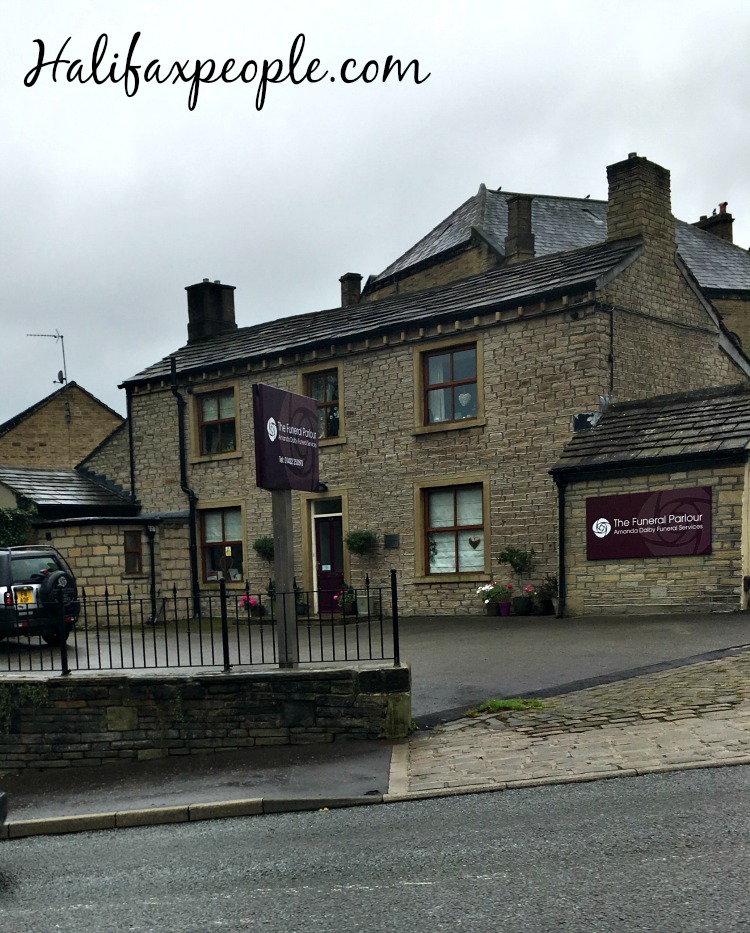 The first recorded landlord was Joe Dyson in 1881. The Falcon was a Whittaker's pub in 1905, but for a time there was a 'Falcon Brewery', which was more than likely connected. It's name is said to come, not from the sport of falconry, but from heraldry. In it's later years, the pub had an electric organ and horse brasses decorating the walls. 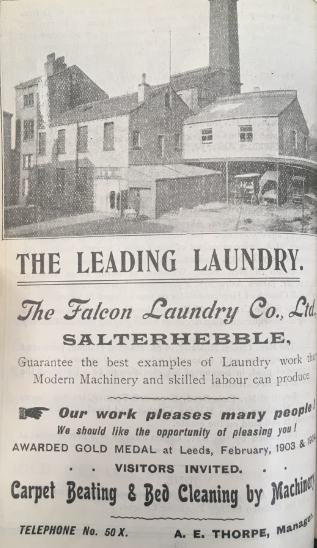 The pub closed around 1997 and then became a funeral parlour in 2010.
A large part of this area belonged to Falcon Laundry in the 19th century, which closed in the 1950's. 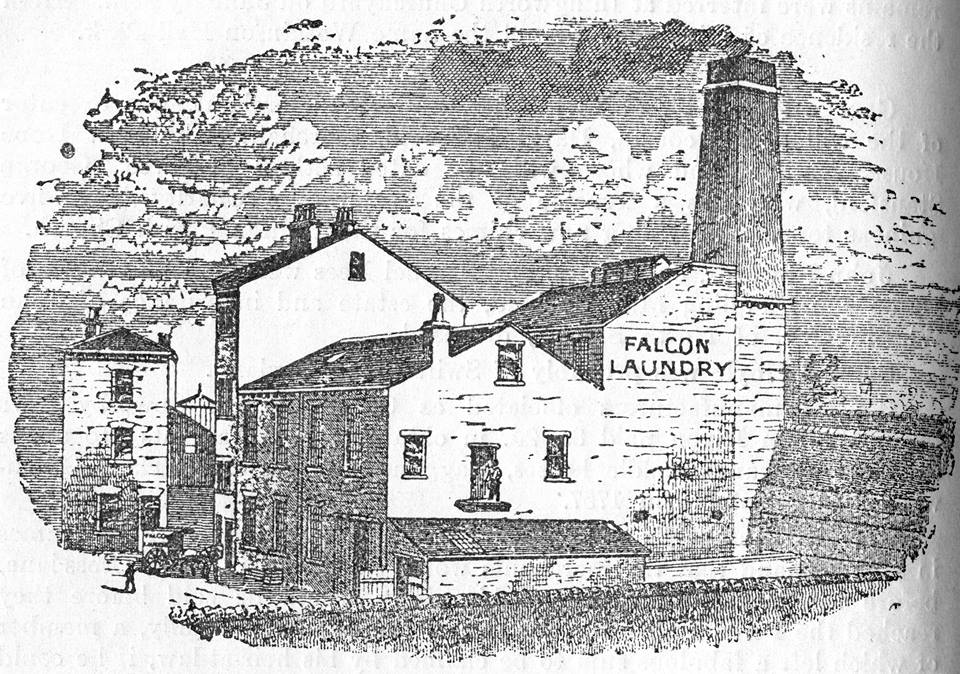 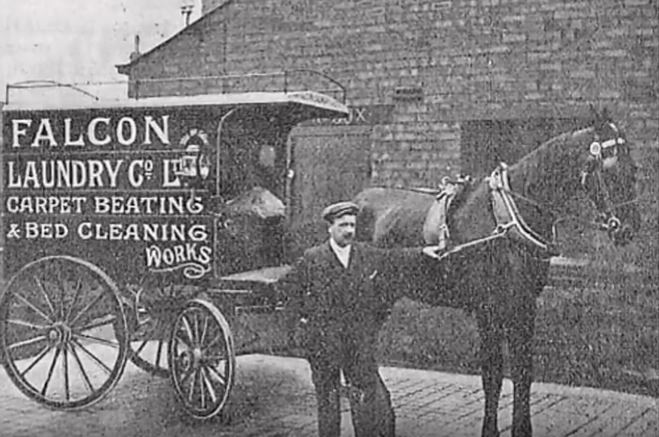 'Cat I'th Window' used to exist where Matalan car park entrance is now. As you view the photo, if you walked along the left of the building, you would be walking along the bottom of the Halifax Minster grounds. 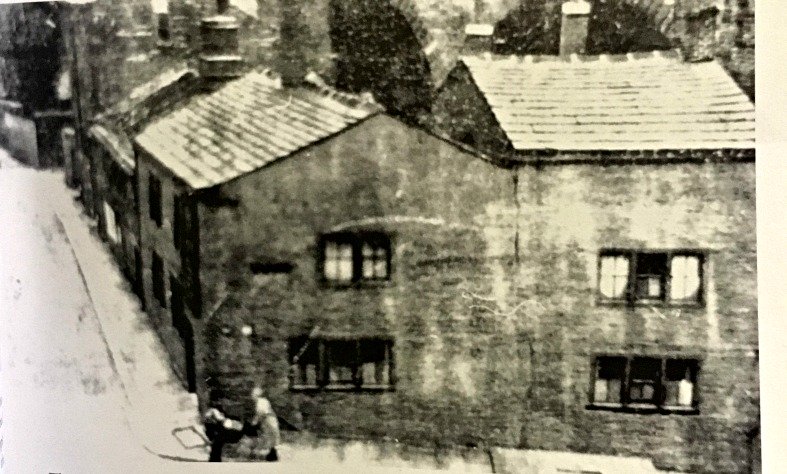 The pub opened in 1822 and was probably one of the most visited pub in Halifax at one time, but not necessarily for the beer. There was a spring in the cellar of the pub that fed the Berry Lane and surrounding community of around 800 people. The water supply reached the 10ft deep cellar after passing the dipping place by the side of the bridge, a little below a main sewer. The sewerage would often find it's way into the cellar. 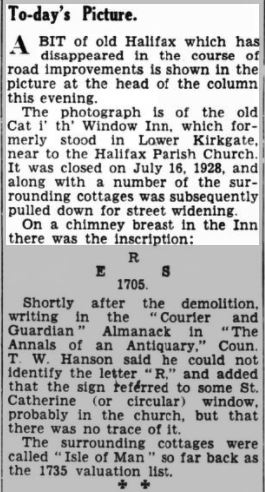 As far as the pub is concerned, it became a Webster's house in 1864, was sold to the Halifax Corporation in 1928 when it closed and it's licence was transferred to the new 'Shay Hotel'. 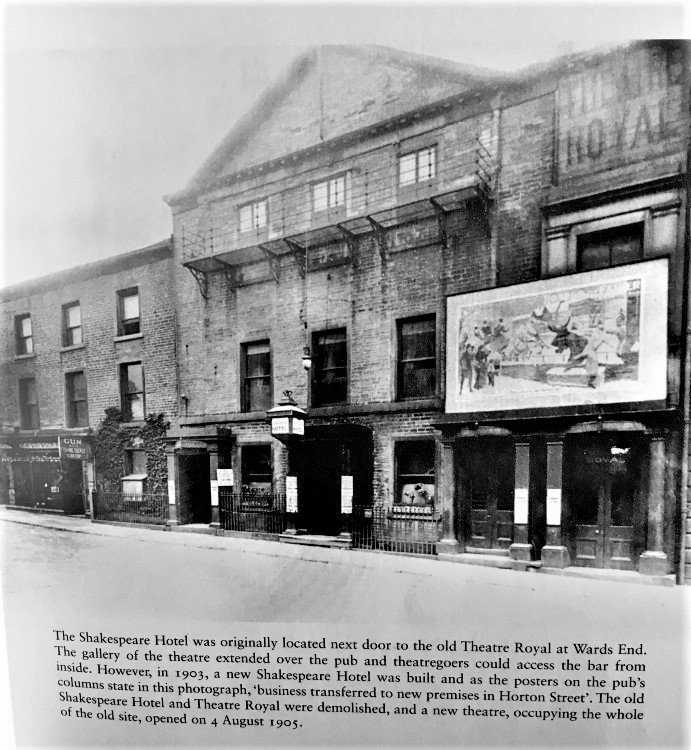 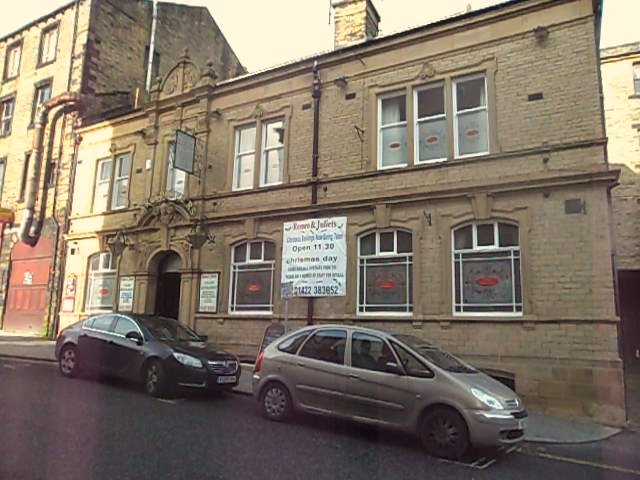 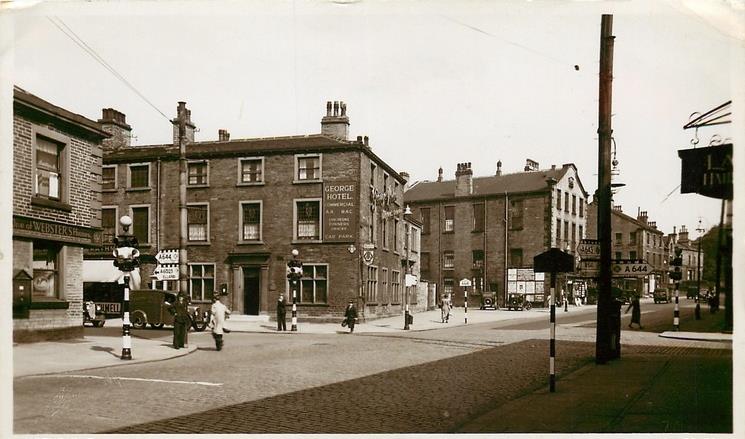 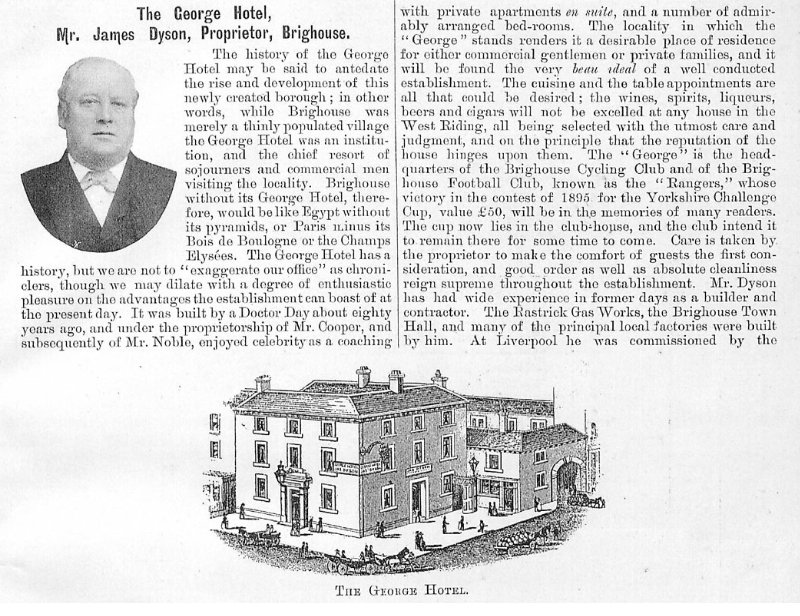 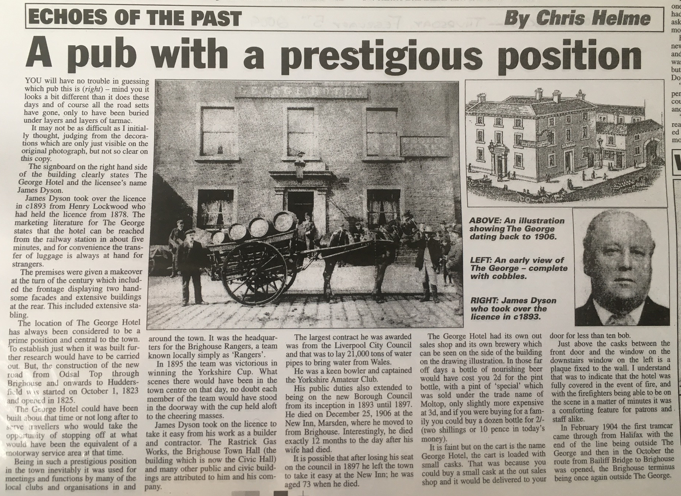 - White Hart Inn at Bull Green. This was a Whitakers pub and stood next to Scratcherd & Company's premises. Halifax Corporation bought the building for £9,000 and it was demolished in 1898 as part of the redevelopment scheme and the lines for the new tramway system were laid. The licence was transferred to the Peacock Hotel, Union Street. 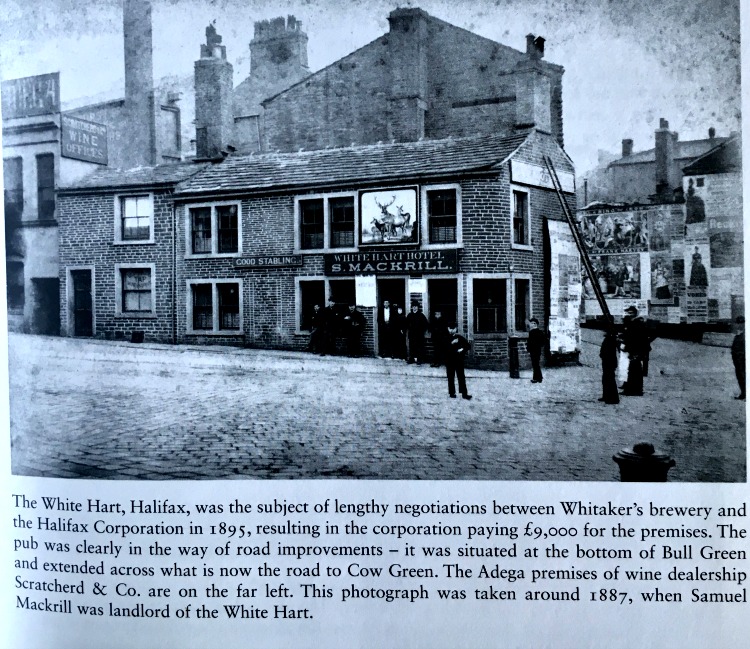 - Old House at Home, 8 Orange Street. William Dilworth was recorded as landlord in 1879. 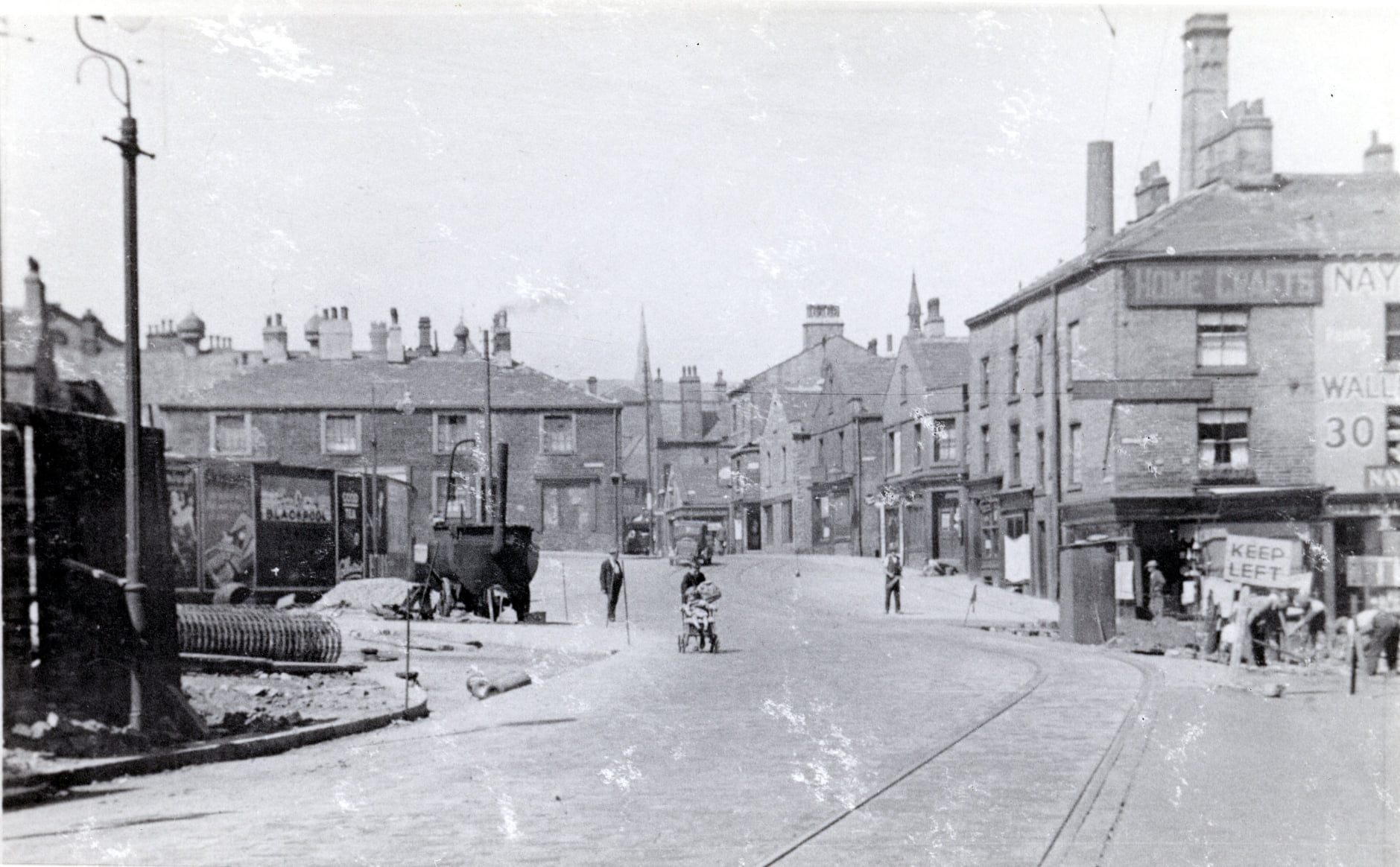 - Cricketers at 29 Great Albion Street which had opened in 1871. 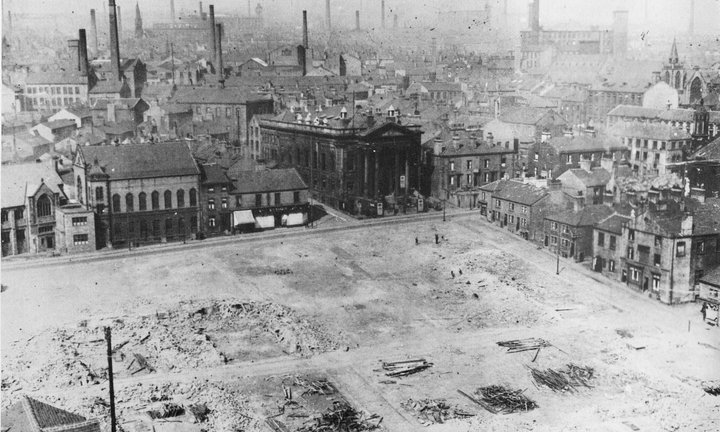 Great Albion Street is right hand side of this picture

Only one pub closed in 1899. That was Strangers' Home at Clark Bridge

1 Clark Bridge/1 Bank Bottom. Recorded in 1871 and was a beerhouse. In 1899, Whitaker' s applied for the transfer of the licence from the Strangers Home to a new hotel to be built at the top of Parkinson Lane. After some consideration, the Chairman announced

The bench have given this case the very serious consideration and have come to the unanimous decision to refuse the application. The pub closed in 1899 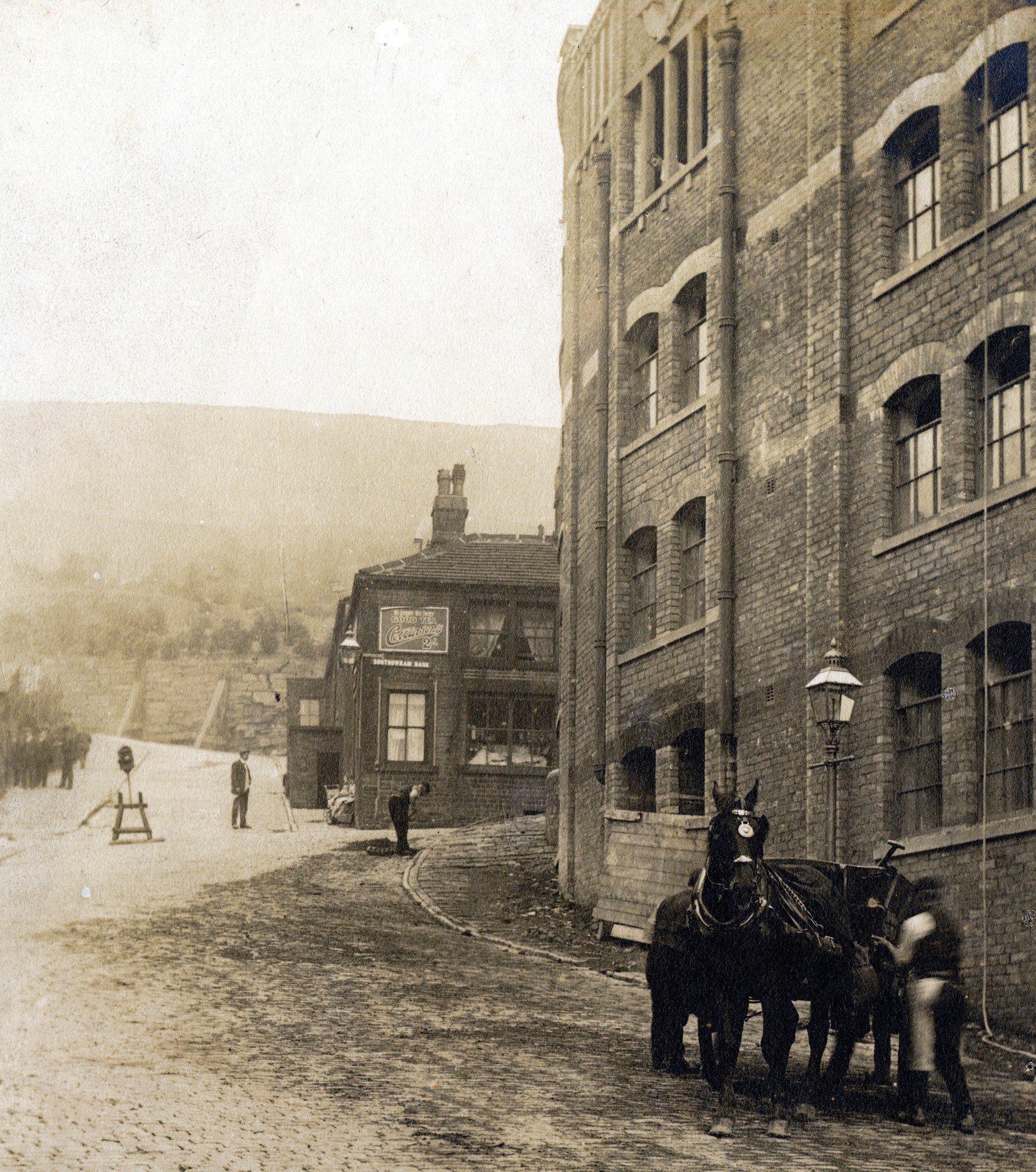 Was the building straight ahead the "Strangers' Home" pub?

One pub closed in 1900 and that was The Navigation Inn at the bottom of Salterhebble Hill. This was originally a beerhouse and after it's closure was demolished in 1901. 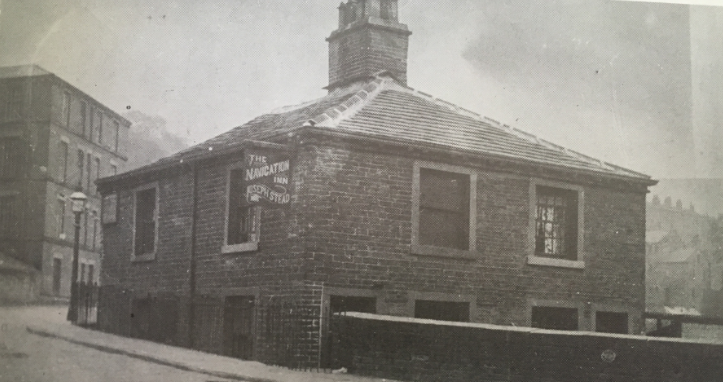 Pubs of Yesteryear will continue in our next e-zine 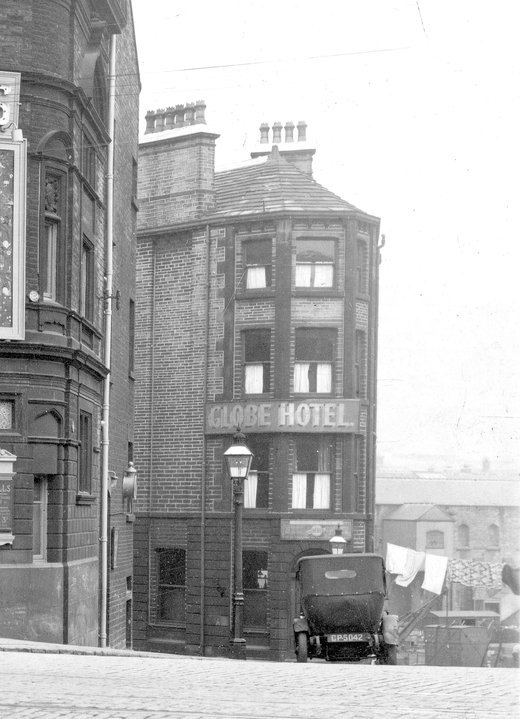 Globe Hotel with the Grand Theatre on the left

This was originally a beer house which opened in 1897.

It was a Brear and Brown pub but in 1916 it was bought by Whitaker's. The pub was used by artistes appearing at the Grand Theatre which stood opposite the pub. Trade was affected by the theatre's closing in 1956. The pub closed in April 1958. It was demolished in 19?? for the redevelopment of Northgate.

Been around the globe, twice

The first recorded landlord was Thomas Ingham, who married a Lydia Smithies. After Thomas's death married again to another Thomas, a Thomas Hutchinson. So, she not only found another Thomas but, he was landlord of another Globe Inn, which was on Silver Street.

I was very  happy to find a photo (not a great one but still....), of the Flying Horse at Shay Syke, just round the corner from the Shay Hotel 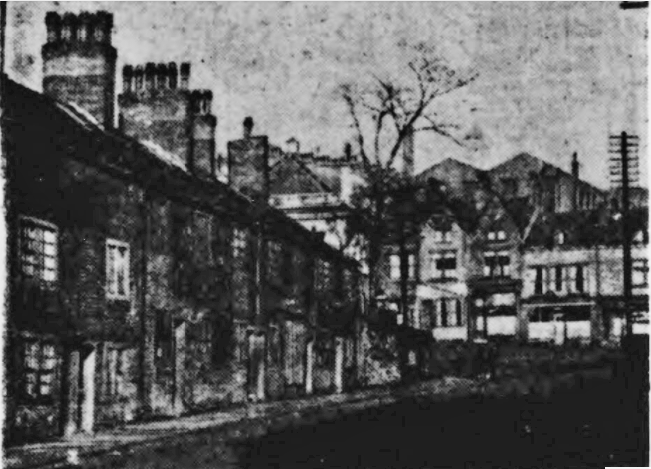 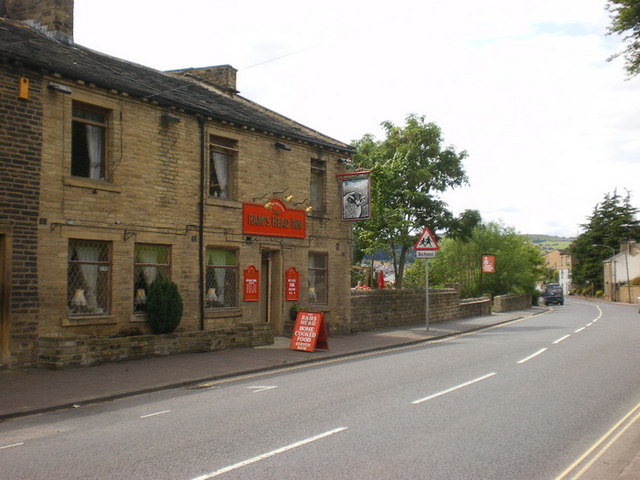 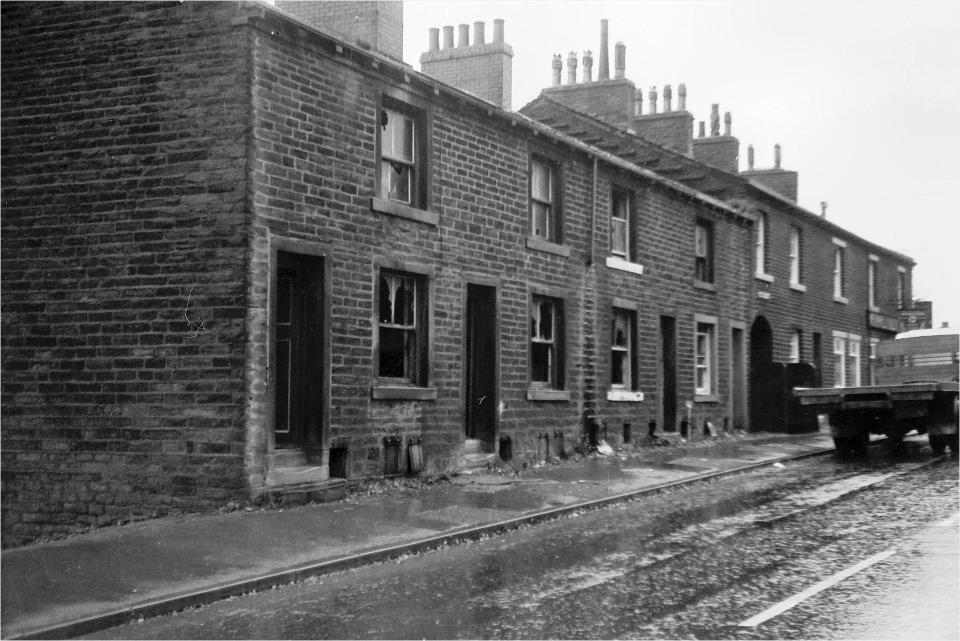 s Head Inn at the far end of the block 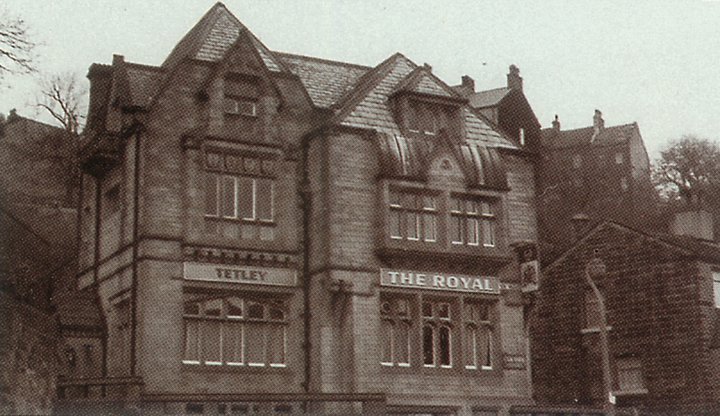 J. E. Wainhouse's home at West Air was converted into a pub, known successively as the Royal, Pye Nest, the Folly, and the Wainhouse Tavern [by 2014] 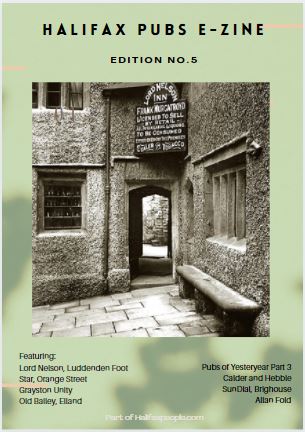