Historic Barkisland is split into the following sections:- 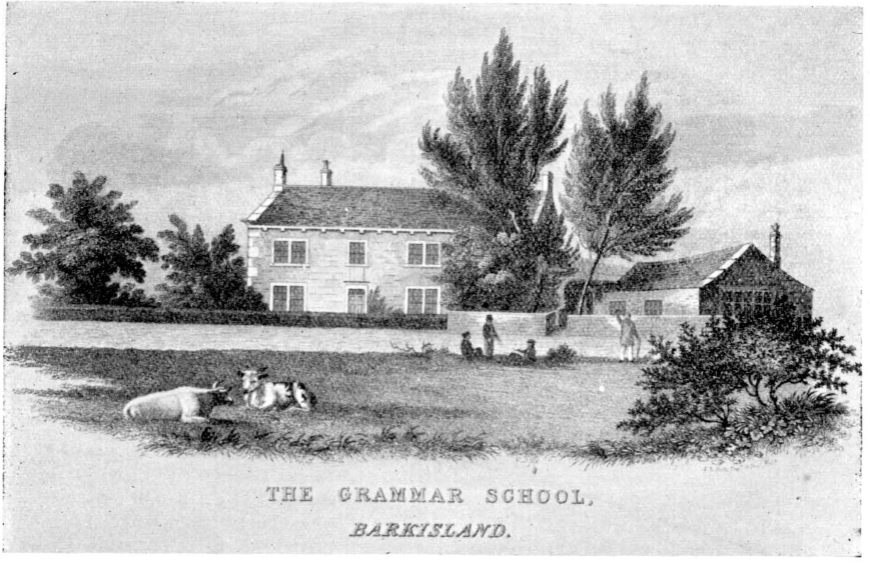 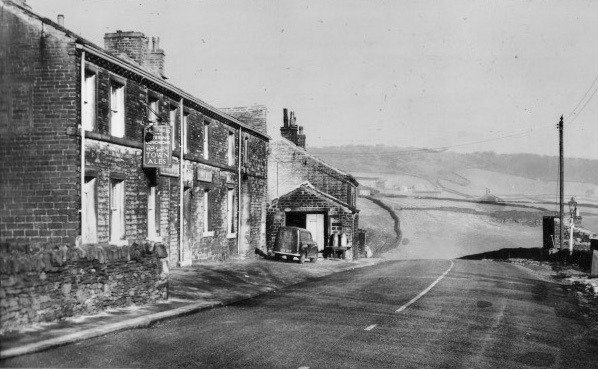 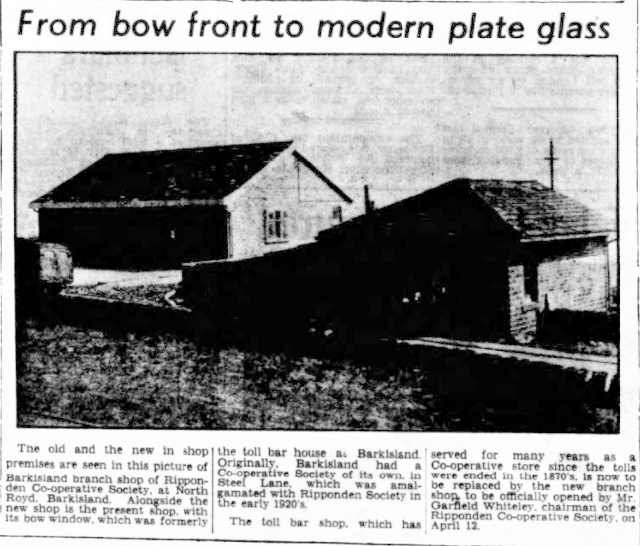 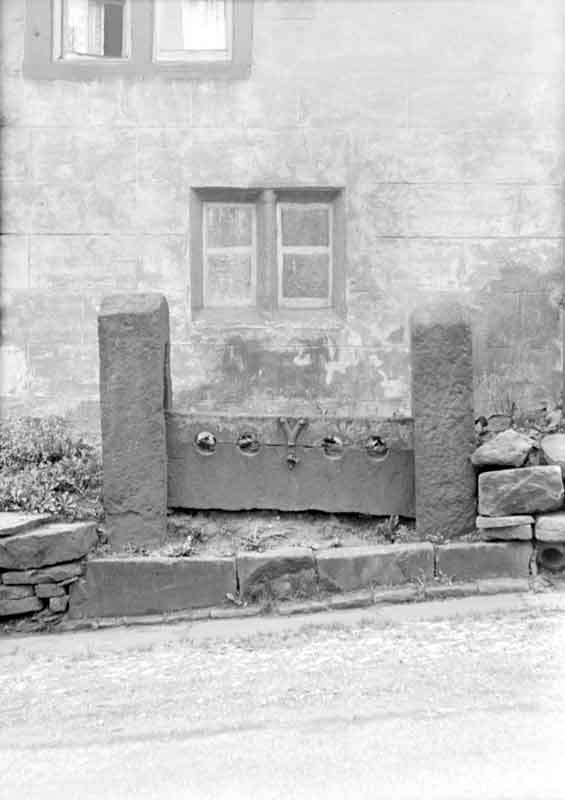 Stocks at 76 Stainland Road, Barkisland, Halifax, West Yorkshire. Stocks, probably 18th century. 2 dressed stone uprights with slots in the sides for stone slab, lower keeper and wooden upper with metal strap pinion.  This form of public humiliation was used to restrain and expose people convicted of misdemeanours; they would be locked into the stocks and would then be subject to the insults and missiles of passing folk. 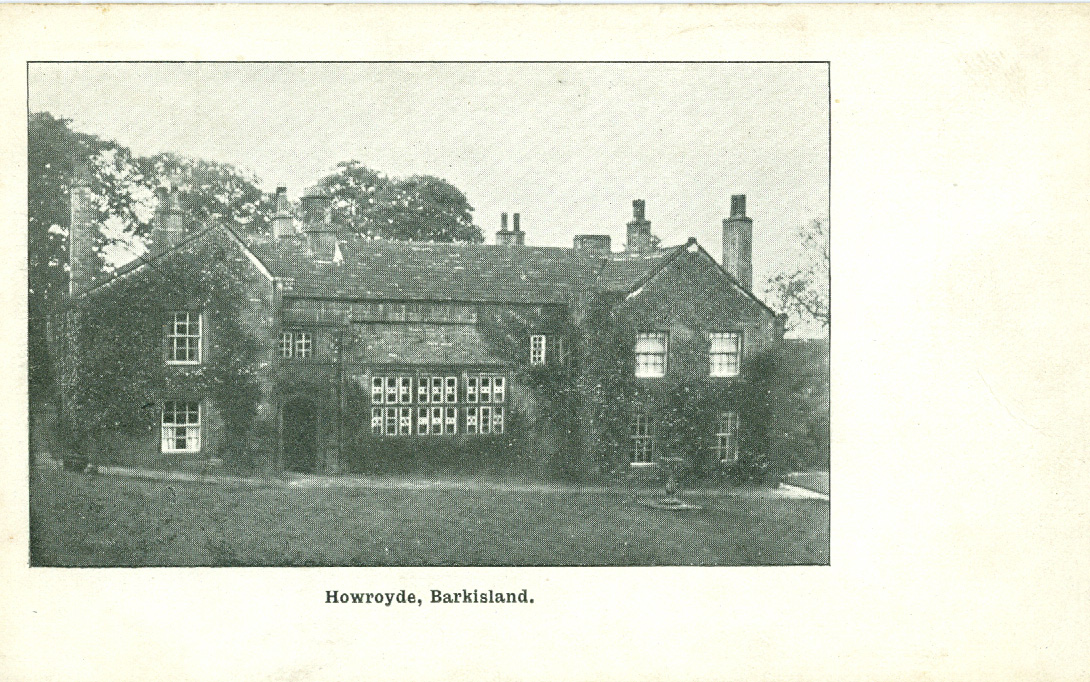 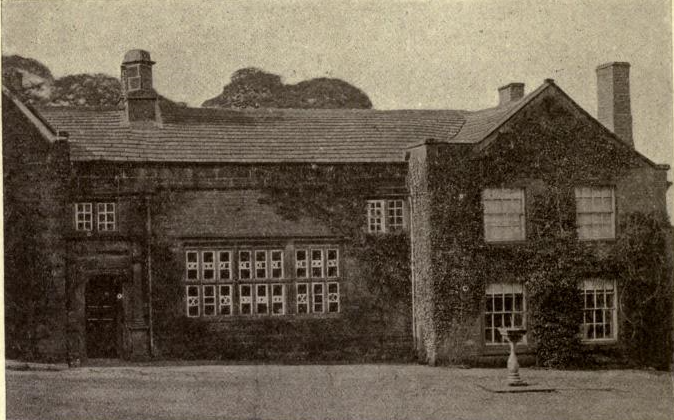 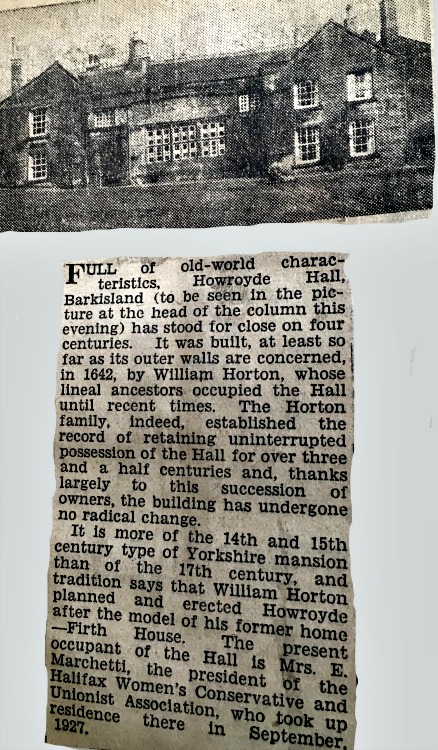 Full of old world characteristics, Howroyde Hall, Barkisland has stood for close on five centuries. It was built, at least as far as it's outer walls are concerned, in 1642, by William Horton, whose lineal ancestors occupied the hall for over 350 years and thanks to that fact, it went through no radical changes. It is more of the 14th and 15th century type of Yorkshire mansion than 17th century, and it is said that William Horton planned and erected Howroyde after the model of his former home- Firth House. 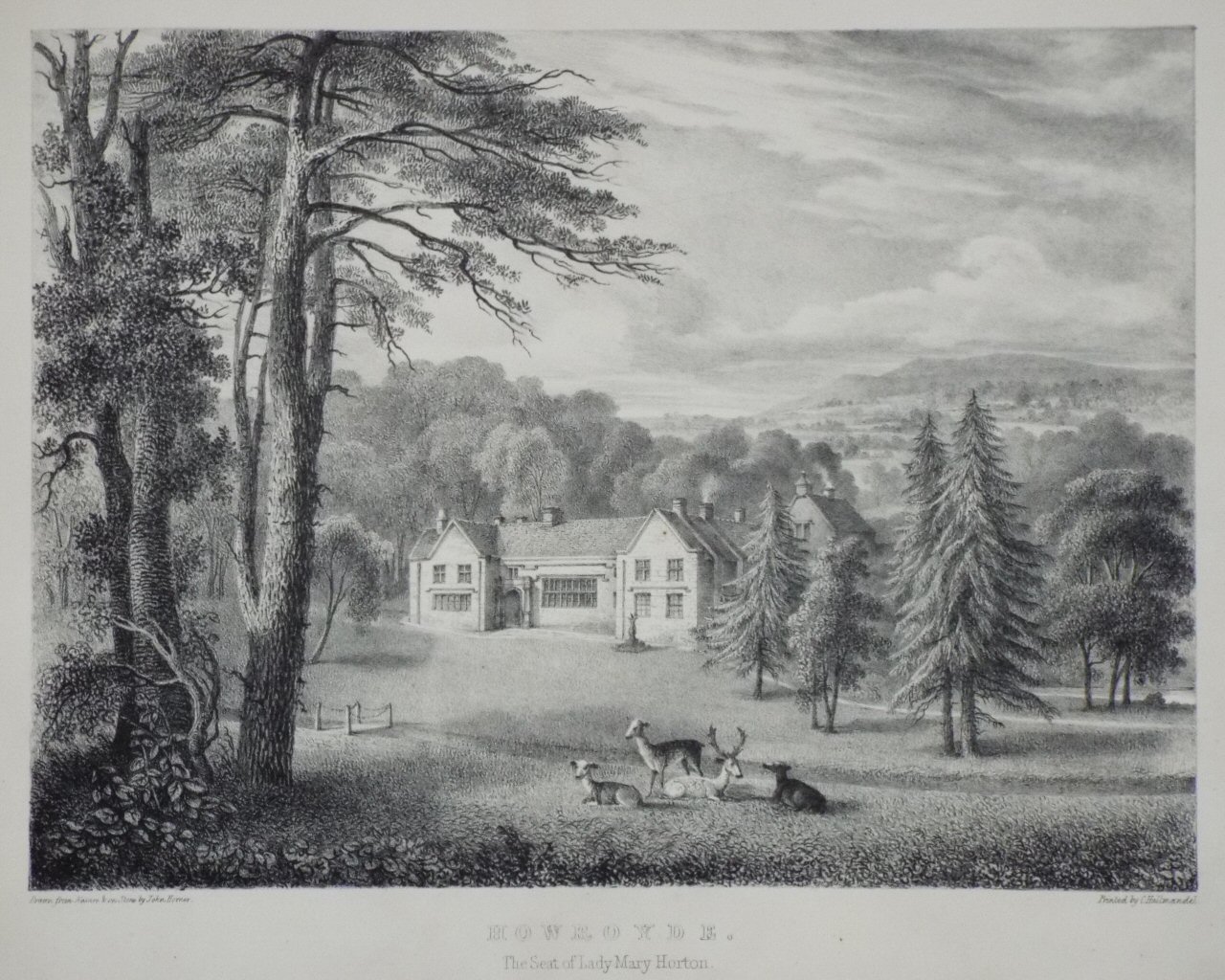 William Horton was born at Howroyd, Barkisland and was baptised at Ripponden chappel, which was then under the Elland church, in February 1702. On attaining his majority, he succeeded to the Coley portion of the Horton estates and also possessed the Manors of Southowram and Clayton Heights. Like former members of his family, he was a Justice of the Peace. In fact, he can be said to be the principal man in the large Parish of Halifax in his day. He did not live to old age, however, for he died on February 27th 1740, only 11 months after being appointed to his high masonic office, and was buried at Elland church. William Horton was the last of a famous line, for his only son died as an infant and his daughter never married, the estates passing to the Beaumonts of Whitley near Huddersfield.

Horton Street, Halifax was named after the Horton family. 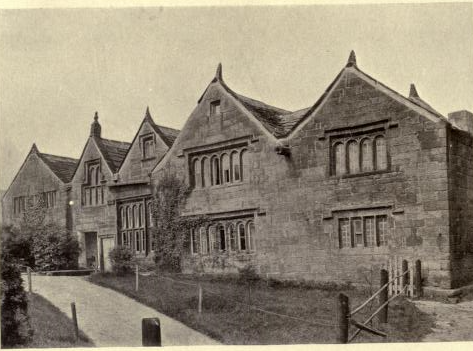 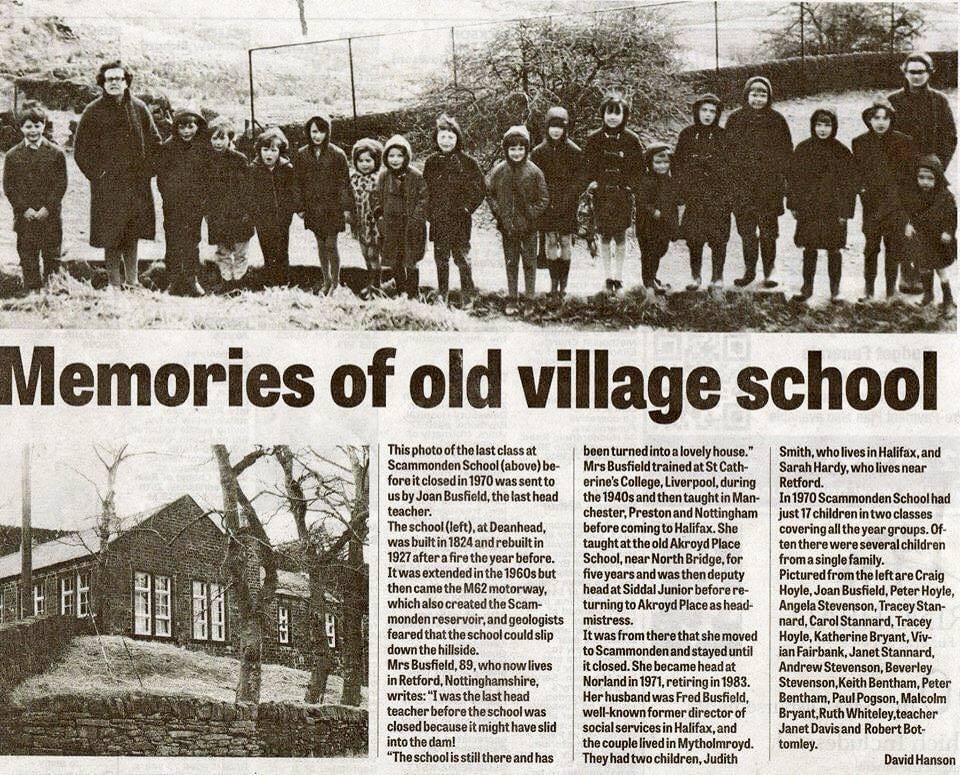 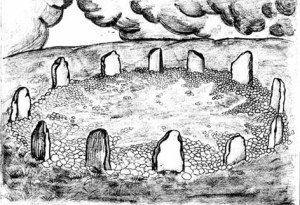 Ringstone Edge was an ancient circle of monoliths from the Megalithic period. Its significance was such that the very moor on which its remains are scattered, was named after it: the Ringstone Edge Moor.  But as with many sites from our megalithic period, this old place is but a shadow of its former self. 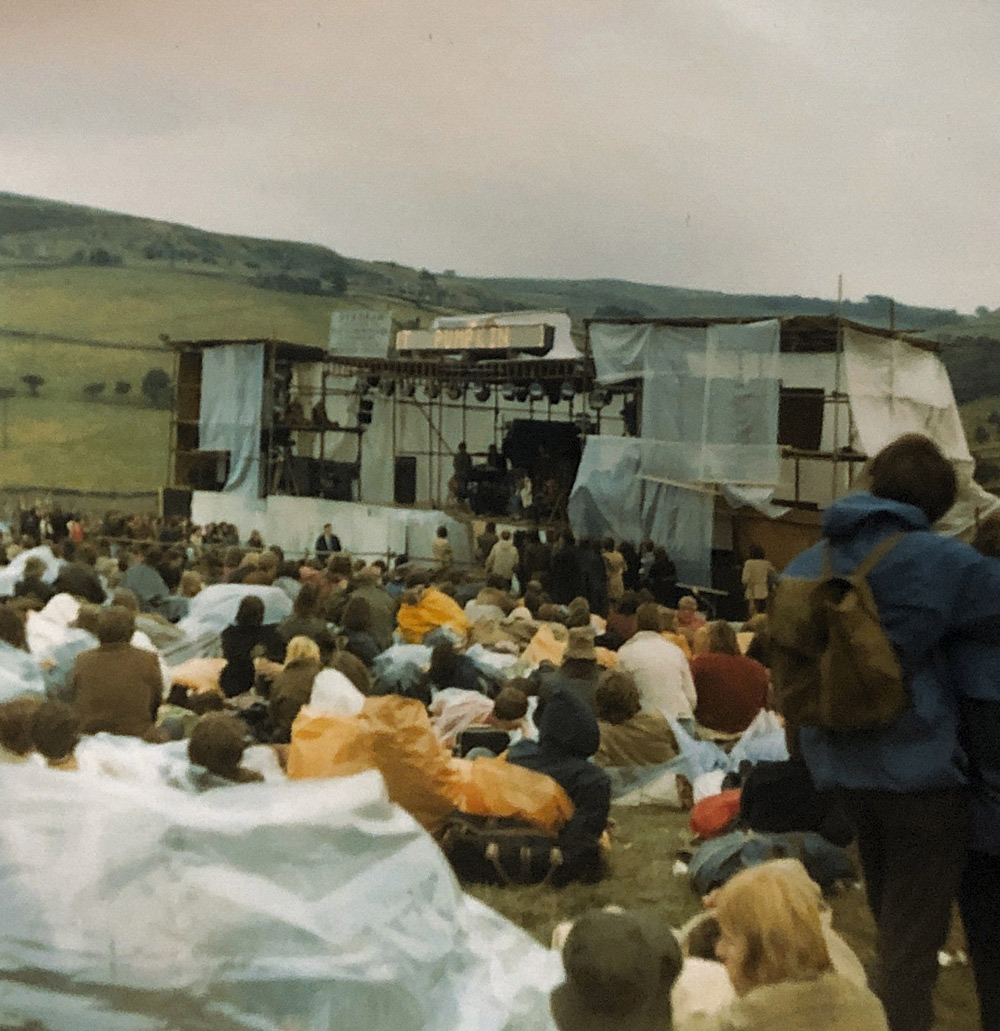 In the middle of August in 1970 around 25,000 people attended a folk, blues and jazz festival on the edge of Barkisland for the weekend with some of the biggest names of the era including Pink Floyd, The Move, The Who, The Kinks, Fairport Convention, Elton John, Manfred Mann and Georgie Fame. But, the good old British weather had a big say in the events to come. 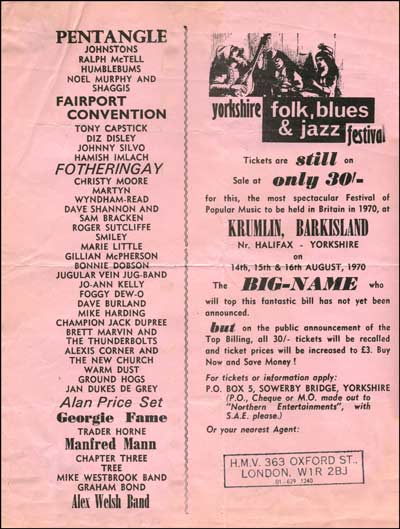 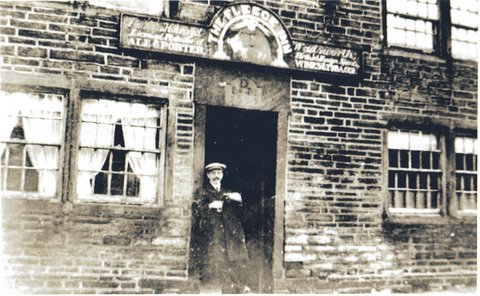 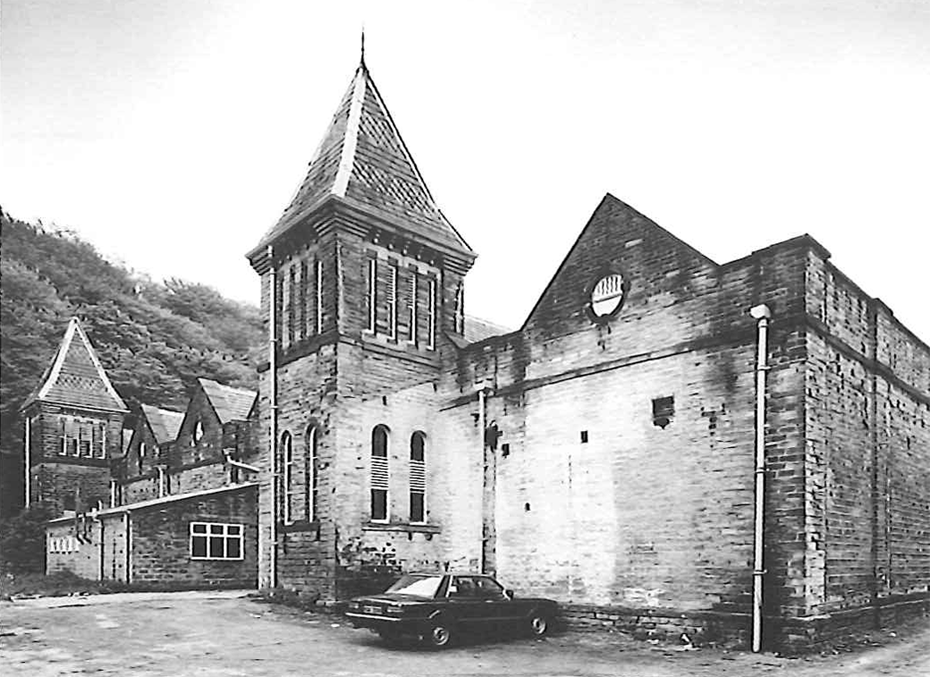 J. & S. Taylor Ltd was started in 1861 as a partnership between two brothers Joseph & Samuel Taylor based at Bower’s Mill, Barkisland, their friend Abraham Whitworth Snr joined them. The cloth produced at this time was mainly Kersey, a medium to heavy weight coarse cloth, similar to a Melton in appearance. This was made with a cotton warp and woollen weft. In 1882 the brothers decided to take the daring step of turning the business into a private limited company. Over the years the company expanded, putting up more buildings. All the processes required to produce cloth were carried out at the mill, Blending, Spinning (both Wool & Cotton), Weaving, Scouring, Dyeing and Finishing. The outbreak of the Great War on 4th August 1914 saw the company turn the bulk of its production to the war effort. It was also at this time the company closed its cotton spinning business and turned the entire production of the mill over to Woollens. The company continued to manufacture Serge for uniforms and art serge, both coarse woollen fabrics. However after the war there was a gradual decline in the demand for this product. A new London agent was appointed and from his suggestions a change of direction was taken in the type of cloth produced, so the company invested in new machinery to produce the finer softer handing woollens.The company gradually prospered, then war was declared with Germany on 3rd September 1939, this brought about a drastic change to all operations in the mill. Textile companies were required to put their production into line with national needs. J. & S. Taylor Ltd returned to the manufacture of serge cloths for the Royal Navy and shirting’s for the Army. After the war the mill was slowly modernised, with the introduction of electricity in 1946. During the post war boom years the company prospered particularly during the late 1950’s and early 1960’s. The company managed to ride both the up’s and down’s of the woollen trade, however in the late 1980’s there was a steep decline in trade and in 1991 the decision was taken to cease production at Bower’s Mill, Barkisland. The company then moved to the present location of Corporation Mill, Sowerby Bridge. It is from here that the present management run the company keeping a close watch on all the stages of production.

Our Colour Card We provide a colour matching service, please contact us on
01422 832616 or contact us for further details