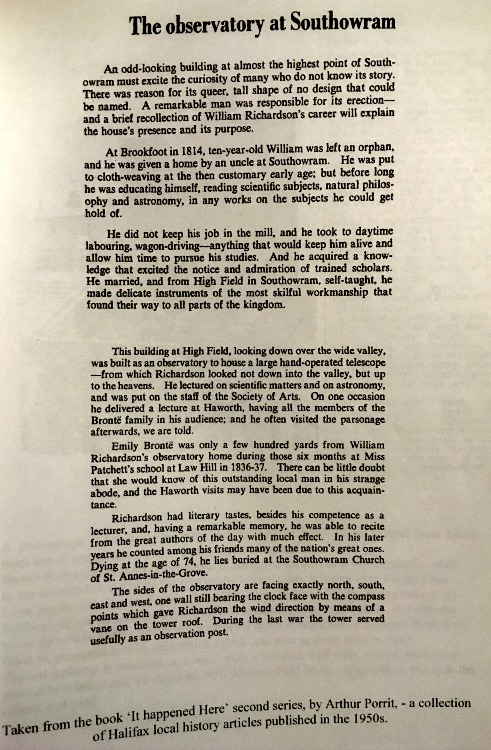 First monthly meeting of the 'Halifax Highfield Astronomical and Meteorological Society' - as reported in this cutting from the Halifax Courier Sept 1859. 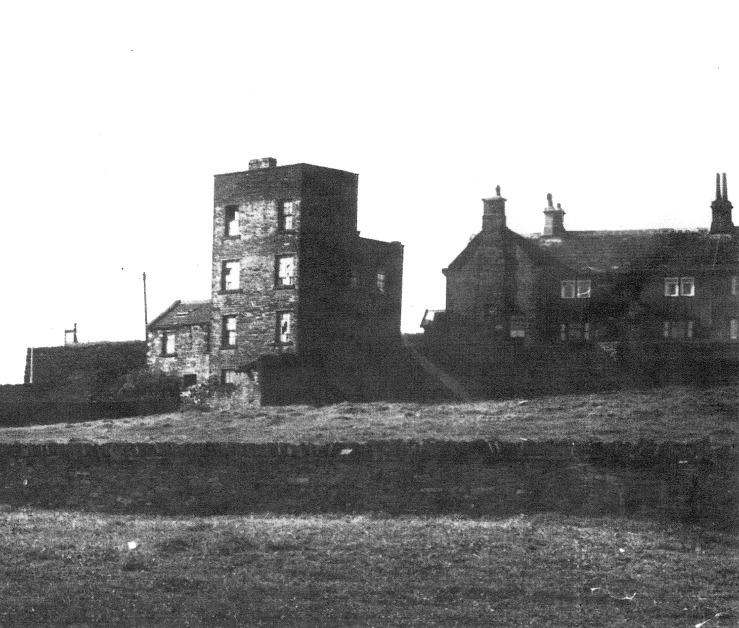 This observatory watch tower was used by scientific gentlemen in the nineteenth century and was situated in Pinnar Lane. The cottages are still there but the tower was demolished in the late 1960's. 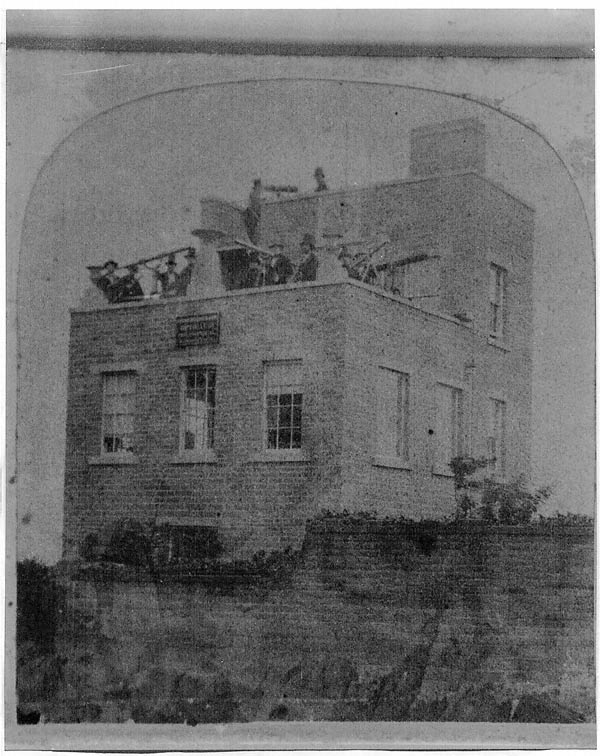 Photo of Richardsons tower, from a glass slidenegative, probably taken at the inaugural meeting of the astronomical society. From an original copy held at Halifax library archives. 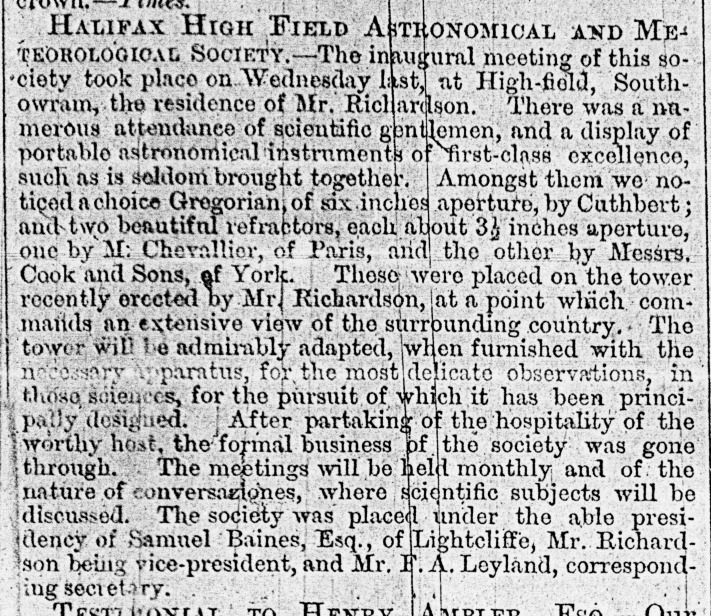 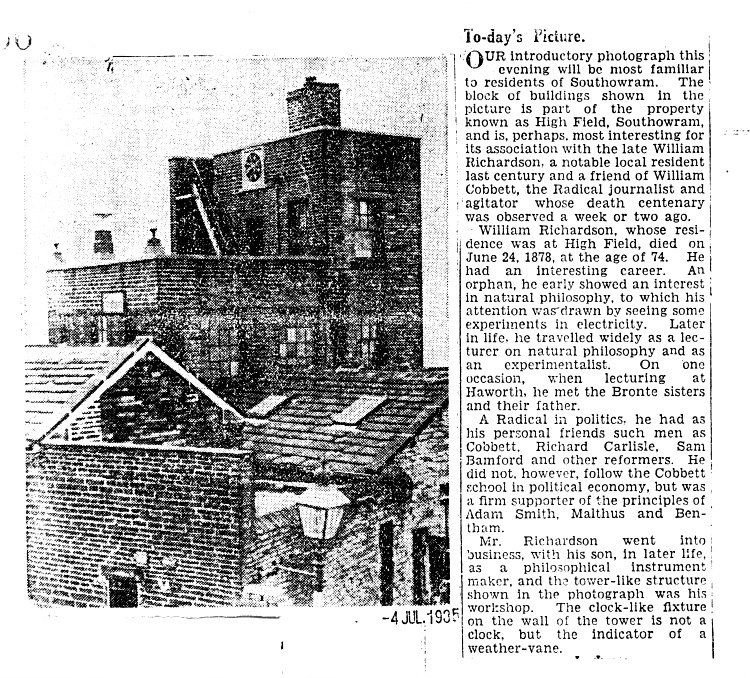 A photograph and write-up from the Halifax Courier, 1935.

This looks to have been taken from the top of the retaining wall on the opposite side of Pinnar Lane. It shows Richardson's observatory tower in the background as it was originally built.

In the front-left you can see the roof of the bakers shop, fronting onto Pinnar Lane.

To the right can be seen the roof with two skylights of the old bakery. 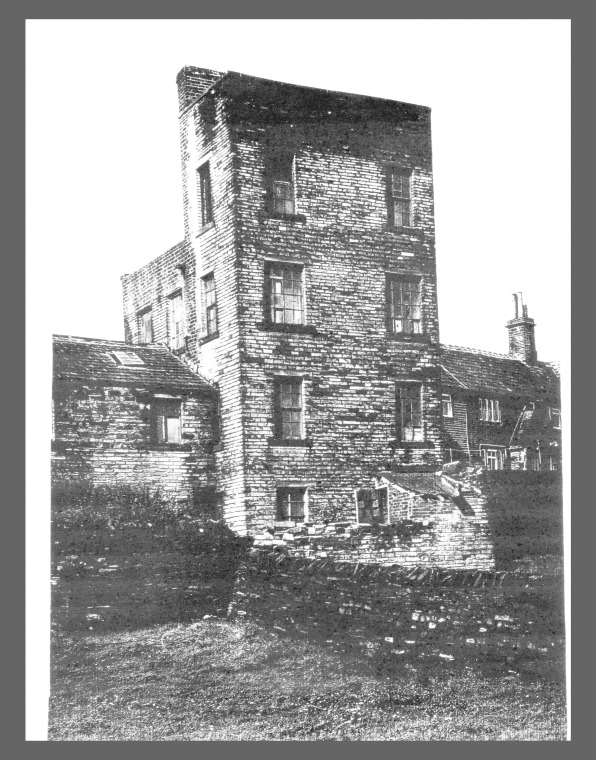 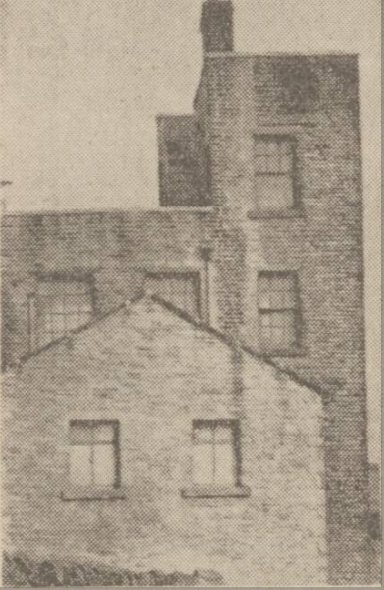 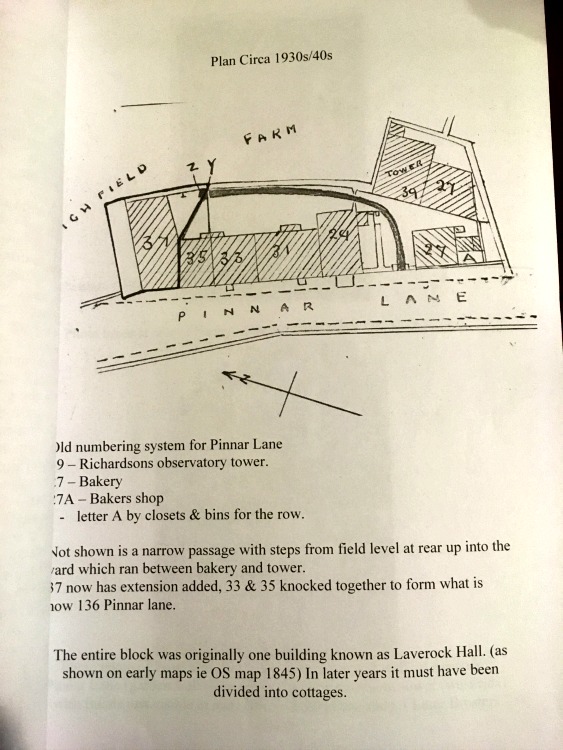 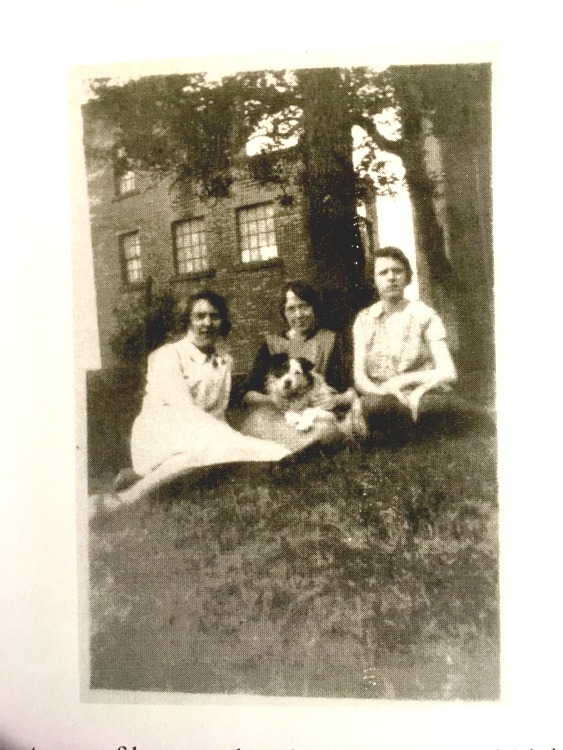 Photo taken at rear of houses showing the north side of Richardsons' tower. 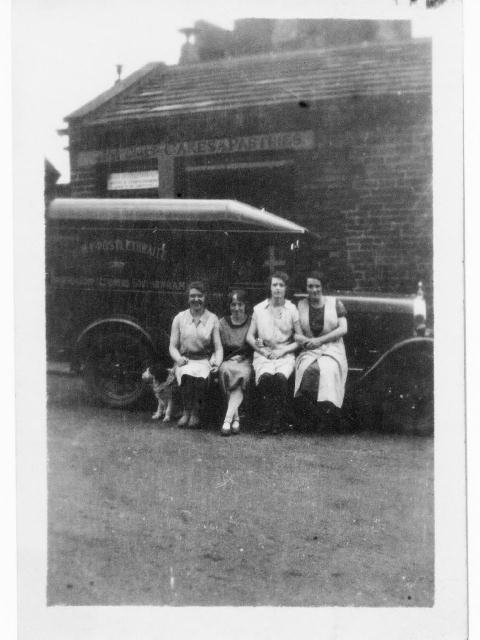 Photo taken of Postlethwaites' bakers shop, van and staff at roadside, Pinnar Lane (garden wall there now). Top of Richardsons tower (west side) with finials just visible at the rear. The bakery is behind this shop. (later Brosters' shop). 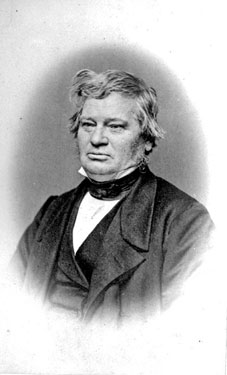 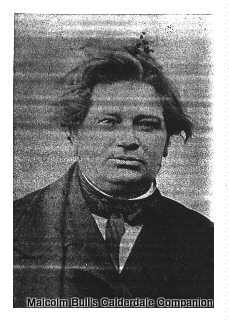 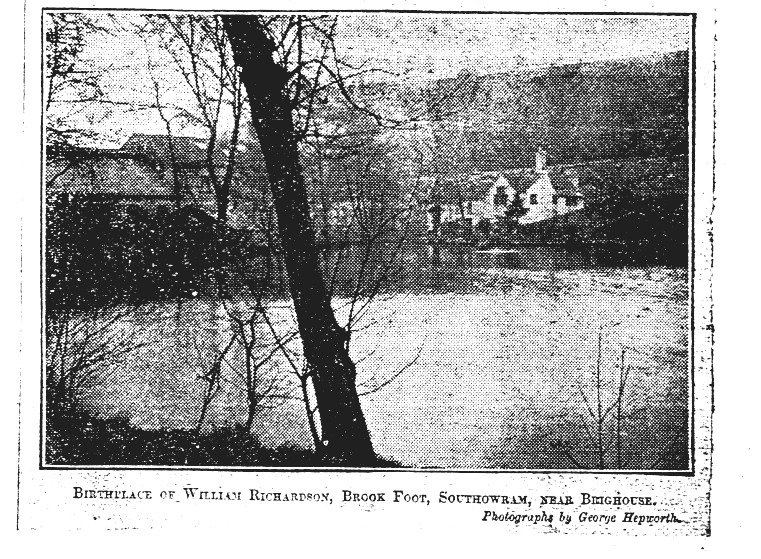 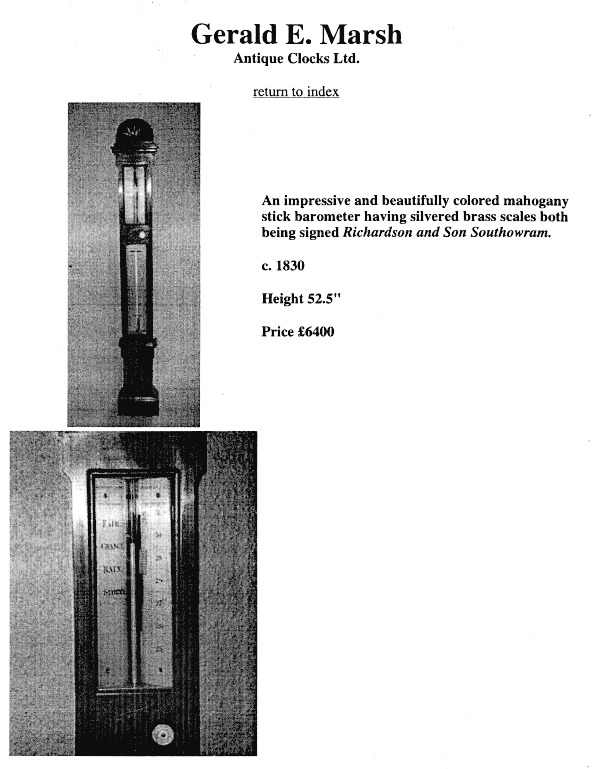 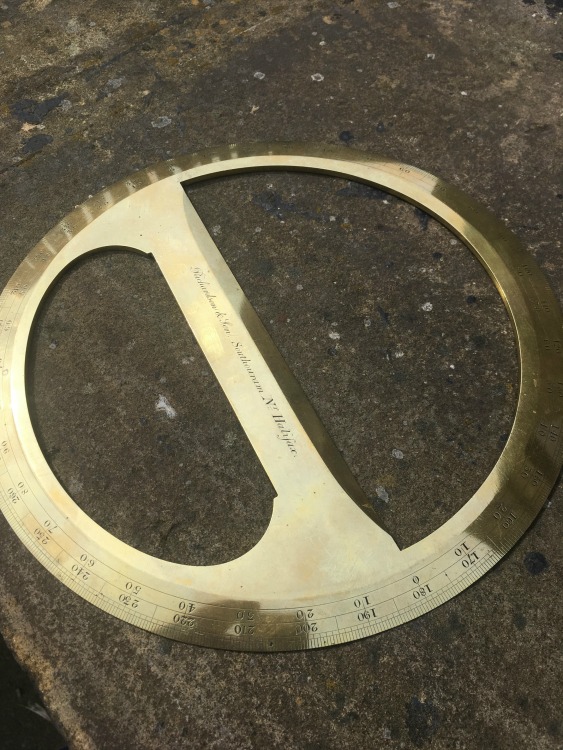 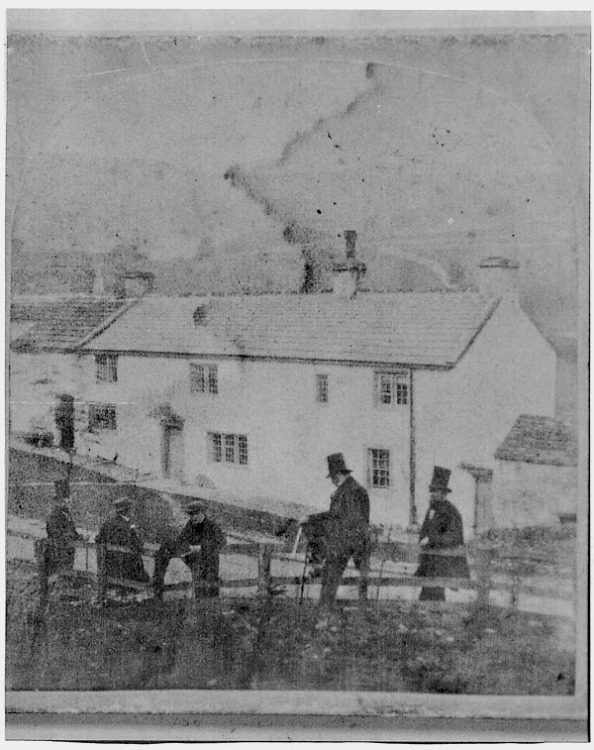 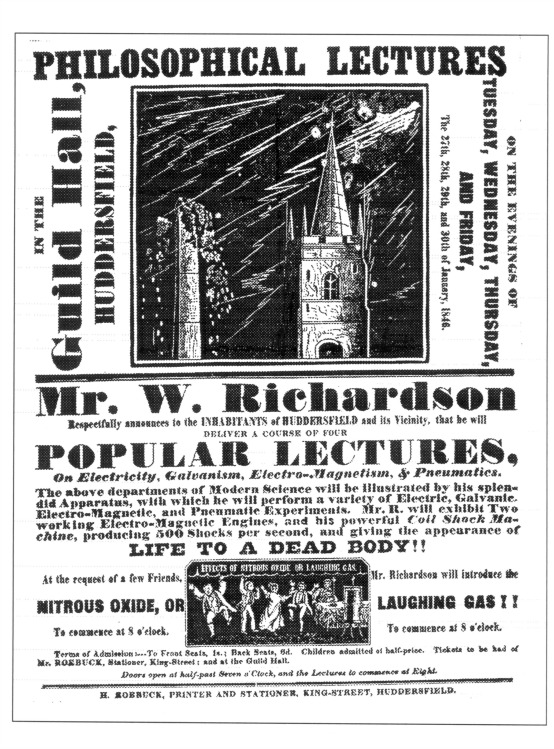 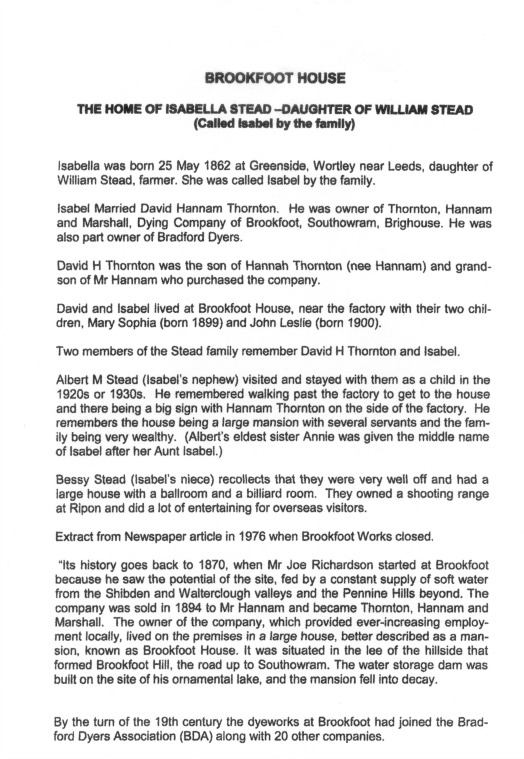